School tracking—the division of students into separate classes or groups based on perceived ability—is a major mechanism through which schools perpetuate achievement disparities in children from different racial, ethnic and socioeconomic backgrounds. Despite significant attention to tracking, there is still much that is unknown about the implications of tracking on students’ academic identification—the connection between one’s personal identity and one’s role as a student.

A favorable academic identity is associated with higher grades, motivation and classroom participation as well as lower dropout rates and participation in deviant behaviors. Therefore, identifying resources that guard against the negative consequences of tracking for academic identity could have implications for numerous factors that capture youths’ academic experience.

The team’s study provides new evidence on predictors of academic identity. Students’ perceptions of teachers are important for academic identity development and school interventions. This study adds to the literature on how tracking contributes to disparities in students’ achievement outcomes.

From a Bass Connections Team to Career in Education Research 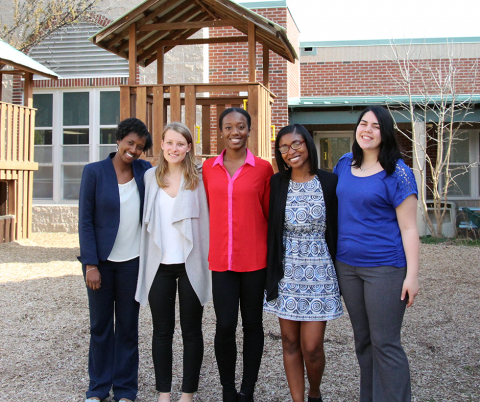