Congratulations to all the recipients of fellowships awarded by The Graduate School for the 2016-2017 academic year, totaling nearly $5.1 million in support. Four doctoral students who are current or previous Bass Connections team members describe their research. 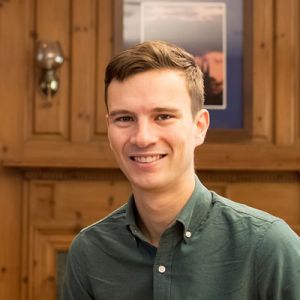 Moral and political disagreement is a pervasive and persistent fact of public life. People everywhere disagree about how their societies ought to be governed and what policies their governments ought to adopt. In contemporary political philosophy, the existence of such disagreements is widely seen as an inescapable fact that our theories of democracy must take into account. However, for various reasons, philosophers have largely focused their attention on reasonable disagreements—disagreements that arise when citizens are more or less rational, informed, and well intentioned. Unreasonable disagreements—those arising from ignorance, bias, and irrationality—are frequently ignored or idealized away within contemporary philosophical theories.

My dissertation argues that this fixation on reasonable disagreements within political philosophy is both unwarranted and counterproductive. It is unwarranted because the theoretical motivations for focusing on such idealized disagreements do not withstand scrutiny. It is counterproductive because it papers over challenging questions about how to deal with pressing problems like political polarization and partisan gridlock. I argue that both the theory and practice of democracy must be developed to take account of such troubling features of political life. 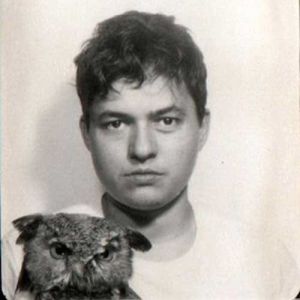 My dissertation project, tentatively titled “Enter Sideways: Strategies for Political Survival after the 1980 Military Coup in Turkey,” examines the ways that political art collectives and social movements coalesced in the aftermath of the 1980 military coup in Turkey, influenced each other’s politics, and made oblique entries into the spheres of politics and culture that have been otherwise made largely inaccessible to them. In particular, I am focusing on the history of arts-based political strategies in Turkey from the 1980 military coup to 2013 Gezi uprising that was heavily associated with other Occupy movements around the world. I have been doing archival research and networking with artist-activists in Istanbul, Turkey. I am tracing the history of radical art collectives as well as mapping their political priorities, collaborations and actions throughout the post-80s coup period in Turkey. 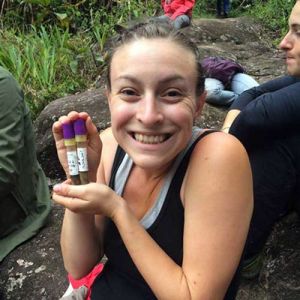 Lemurs are primates that come only from Madagascar, and are among Earth’s most endangered animals. Deforestation, bushmeat hunting, and the illegal pet trade all threaten wild populations, and understanding how lemurs will respond to increased habitat and climactic change is critical to their survival. In my research, I study lemur health in relation to diet, habitat quality, and the community of friendly microorganisms that inhabit lemur digestive tracts, or the gut microbiome.

I work with a family of leaf-eating lemurs, the indriids, some of whom can subsist on a diet consisting almost entirely of leaves. To survive on a lettuce-based diet, indriids rely on their gut microbiomes to do a lot of work. Gut microbiomes help their hosts digest dietary fiber (e.g. cellulose) and convert the material into compounds that promote host health (e.g. short-chain fatty acids). Gut microbiomes also synthesize vitamins, ward off invading parasites, and ‘talk’ to the immune system.

To better understand the structure and function of the indriid gut microbiome, I collect a lot of poop. At the Duke Lemur Center, I collect poop from our population of captive Coquerel’s sifakas. In Madagascar, I collect poop from multiple indriid species (indri, sifakas, woolly lemurs) living in primary and degraded habitat in the eastern rainforest. Ultimately, I hope to understand how indriid habitats and diets shape their gut microbiome that, in turn, influences their health and survival. 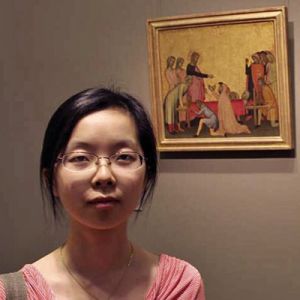 My research interests lie in the intersection of image processing and machine learning. As an applied mathematician, I love building and understanding mathematical tools to solve intricate real-world problems. In particular, I have been involved in several art-related projects, where I build image-processing algorithms to help art conservators and art historians better understand and leverage their image datasets. In my collaboration with North Carolina Museum of Art, I designed an algorithm to remove cradle artifacts from X-ray images of 17th-century European panel paintings so that art conservators can study X-ray images to obtain painting information (e.g. crack locations, paint loss and existed restoration) with much ease. My cradle-removal algorithm has been successfully deployed into a public software package called Platypus with the support of the Kress Foundation and my collaborators. It was officially released and has been downloaded by over 100 art conservators around the world.