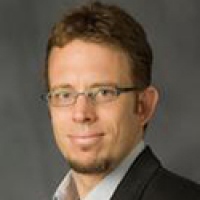 In the summer of 2018, Duke researchers held a public workshop at the Indian Institute of Management-Bangalore to share findings from a seven-year study on slums. Attendees included government officials, NGOs, policy experts, and academics. The workshop was covered by the Indian press and made the front page of the Times of India.

The research stems from a series of four Bass Connections teams led by Anirudh Krishna and Erik Wibbels. This team used satellite imagery to identify dozens of slums that were not included on the official government lists, which rely on outdated surveying methods. Only official slums are eligible for government services. The team also interviewed 9,000 residents in hundreds of slums in three cities and across a wide range of living conditions.

Krishna and Wibbels have received grants from the Omidyar Network and the International Growth Centre to further their work studying property rights and public services in Indian slums.

My multiyear Bass Connections project with Anirudh Krishna provided the analytical and empirical foundation for several successful grant proposals and several years’ worth of sustained work in the slums of India. So far that work has produced a gaggle of published papers and two dissertations—and courtesy of policy engagements, I am now doing related work elsewhere.

More importantly, it was through this project that I learned how to work with big collaborative teams, and that has deeply impacted all of my work since then.

See other faculty perspectives and learn how you can get involved in Bass Connections.