Adair Necalli, The Cost of Opportunity? Higher Education in the Baixada Fluminense 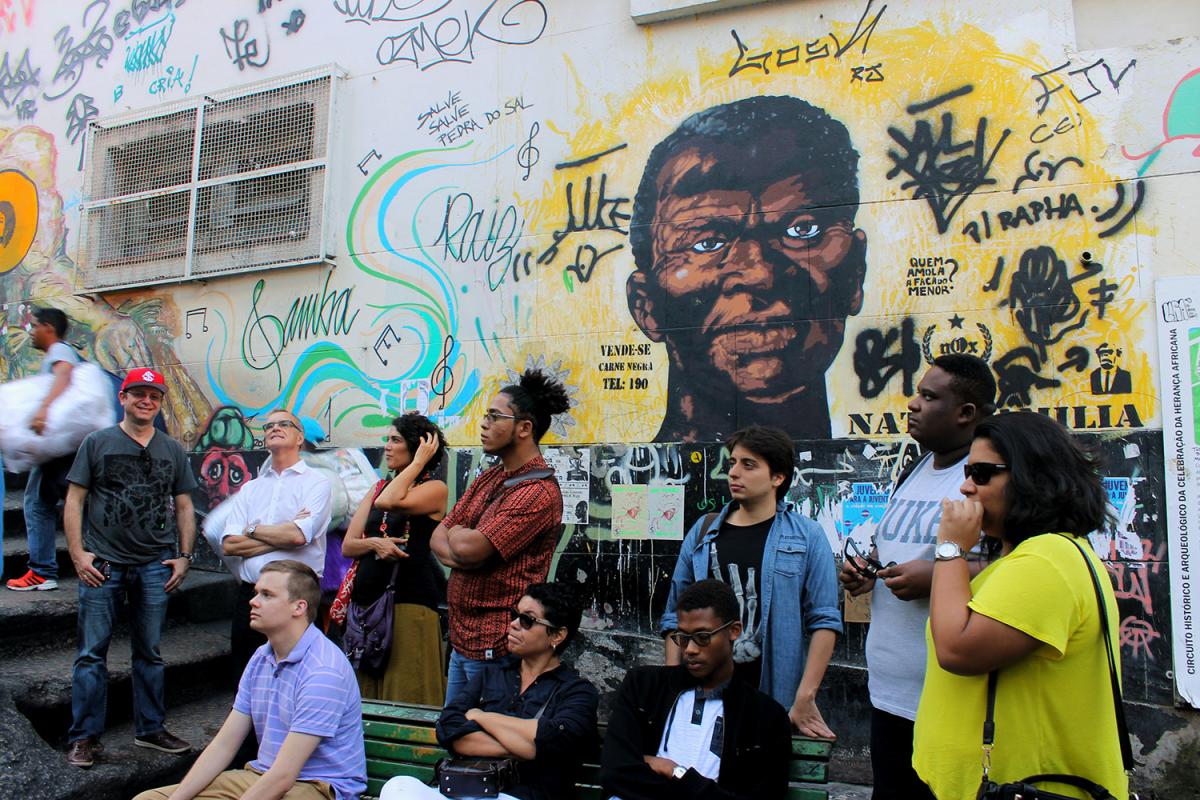 This photo was taken while our Bass Connections team was taking a tour of Pedra do Sal, a quilombo in Rio de Janeiro. Quilombos are settlements historically founded by runaway slaves all over Brazil. This particular quilombo is famous for its protests and its voice in the fight for racial equality in Brazil, and a large part of those efforts are made through art. The graffiti piece behind our team in this photo depicts the face of a slave, with an advertisement in the lower left corner saying ‘Vende-se: Carne Negra’ (Sold Here: Black Meat) and the start of a telephone number. This is a reference to the history of slavery in Brazil, where slaves were treated like animals and sold cheaply and quickly without a second thought. This has been one of the most powerful pictures I had the privilege to take during my time with Bass Connections this past summer. 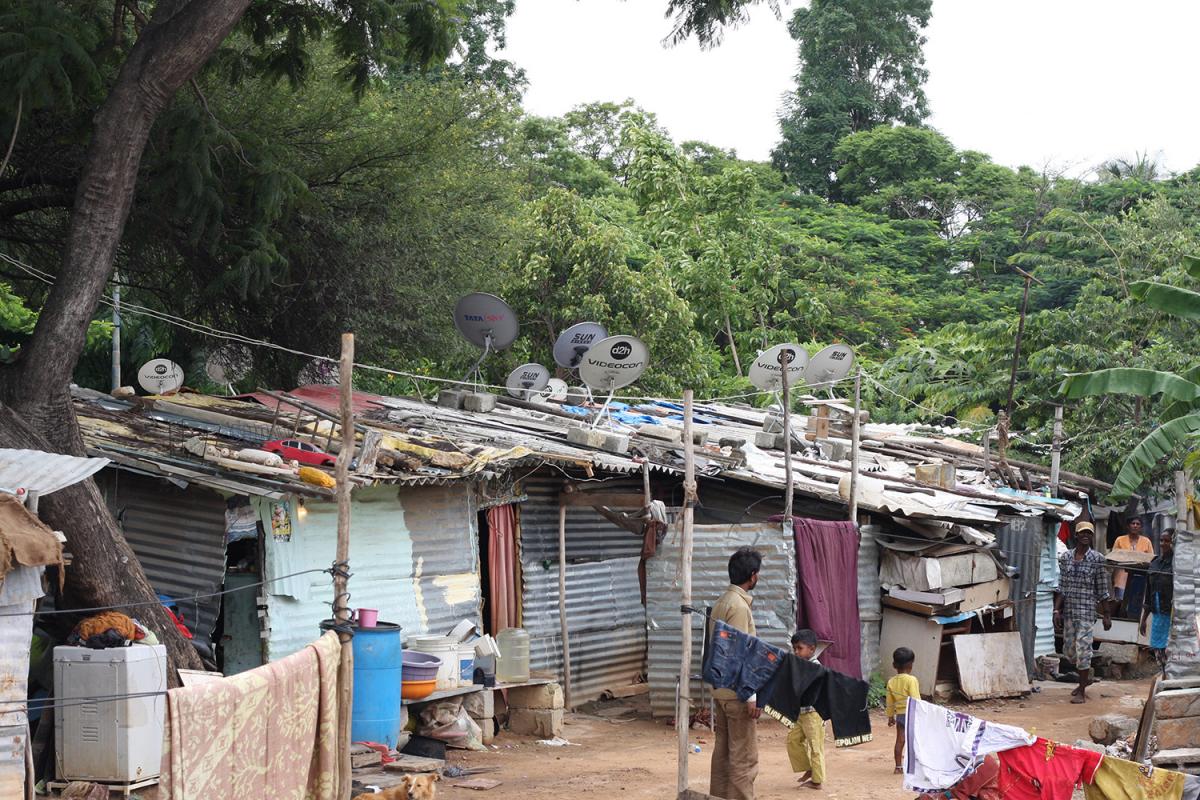 Located in southern Bangalore, JP Nagar Park Slum—a dense collection of temporary, metal sheet homes—is an undeclared settlement on half an acre of recreational park land. 100 meters due north is a recently rehabilitated settlement called Vivekanada Vasanthi Sankeerna, from which the people of JP Nagar Park came. The first step of rehabilitation was constructing pakka housing for the residents. Construction displaced residents 100 meters across the road, leading to the creation of the temporary settlement JP Nagar Park Slum. Slowly, as the pakka houses were completed, the area counselor distributed living space by a lottery system. Many research days were spent in this slum as we began to understand the current situations of the households and how their circumstances might evolve over time. We asked many of the residents their thoughts. Kratika explains, ‘We were given metal sheets when we were displaced out of our home. With each year comes the promise of completion of the cement housing.’ The word Kratika uses to describe her future is ‘uncertain,’ and the word I would use to describe my time was all about ‘empathy.’

The winners will be recognized at the Bass Connections Showcase on Thursday, April 20 (4:00-6:00 p.m. in Scharf Hall) and presented with gift cards. All are welcome! 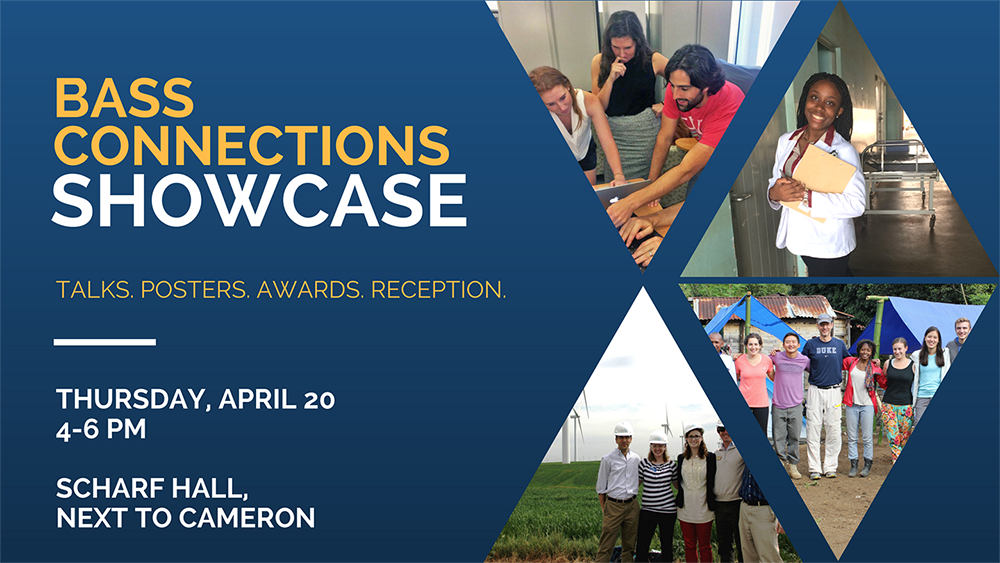