I am working with a Bass Connections team that is researching the problem of animal waste management in Concentrated Animal Feeding Operations (CAFOs). A CAFO is a term of art first used in the Clean Water Act of 1972, but more generally refers to a livestock operation in which a large number of animals are housed in a confined space, where they are fed and watered until they are ready to be slaughtered.

This is an especially salient and timely issue in North Carolina, where the vast majority of hogs that supply Smithfield Foods are raised in CAFOs concentrated the eastern part of the state. 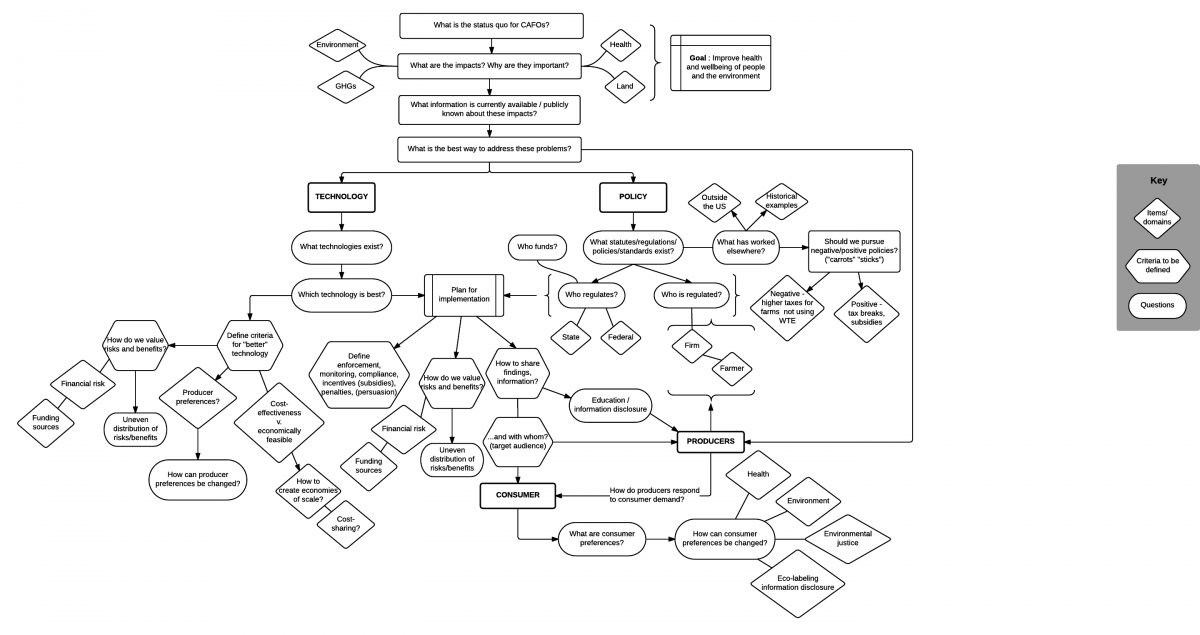 Our team is led by Michelle Nowlin, professor of environmental law and supervisor of the Environmental Law and Policy Clinic, and Charles Adair, program manager for the Duke Carbon Offsets Initiative (DCOI), who are assisted by Ori Sharon and David Schwartz, two environmental litigators who facilitate meetings of smaller subteams. The team’s primary objective is to find ways to address some of the social, health and environmental impacts of CAFOs.

Not surprisingly, the team is composed of students who are broadly sympathetic to the goal of finding meaningful alternatives to industrial agriculture. Differences in opinion tend to register primarily from disciplinary, rather than political, orientation. Perspectives on the nature of the problem, the sense of priorities and the issues of greatest concern, as well as the proposed solutions, are all filtered through students’ diverse sets of expertise.

Economics students were eager to crunch the numbers to determine the costs and benefits of a given technology, global health majors investigated the growing problem of antibiotic-resistant bacteria and law students briefed their classmates on the intricate network of statutes and regulations governing CAFOs. 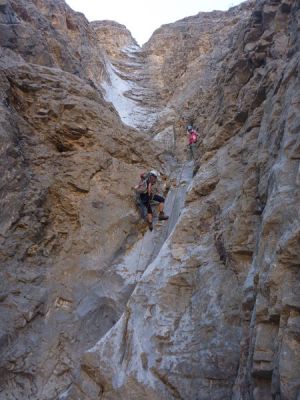 Even as this variety of approaches allowed us to examine the problem from many angles, it presented a potential roadblock when we were tasked with creating a “framework” for our research. To clarify what he was looking for, Charles [Adair] presented us with a visual metaphor of the framework as a “bridge” between Point A (where we are now) and Point B (where we’re trying to go). Points A and B were separated by “the pit of despair” – a symbol encapsulating all the unpleasant pitfalls of poorly organized or uncoordinated research – into which we, as a group, might fall without a research framework to guide us across.

The framework was a different sort of exercise than the process of outlining a research paper or designing an experiment: it was defined by a broad, abstract goal, rather than an argument or hypothesis. Starting with our goal – “to improve the health and well-being of people and the environment” – we needed to map out the research questions and answers needed to achieve that goal. We needed to define our categories of analysis, the order in which they should be addressed and how they connected to one another.

Furthermore, we needed to keep an eye on potential “trigger points” – places where we might not be able to continue on a given path on account of external factors. That way, if one avenue of research was determined to be infeasible, we could simply shift our focus onto another part of the framework.

I had my doubts on whether our sprawling team of 13 students (larger than most Bass Connections teams), representing nearly as many programs, who all approached problems slightly differently, could reasonably settle on a single research framework – yet it was completed within a month. We drafted an initial framework within two subgroups, and then combined two very different frameworks together into a single map that would guide us through the semester and into the next calendar year. This required us to negotiate, compromise and discuss our thought process to figure out where our ideas overlapped or diverged. 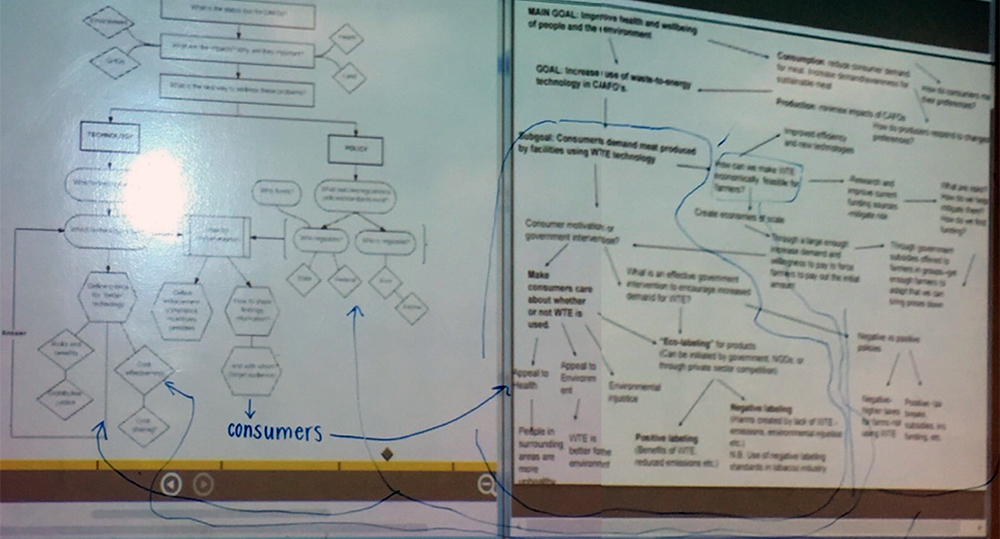 The framework was more than an exercise in planning ahead and coordination – it also helped move students further along in the course. The priorities of the two subgroups’ frameworks directly reflected their ongoing research for an upcoming in-class debate on the efficacy of consumer-driven versus producer-led reform. The final framework laid the foundation for the students’ final paper, in which they presented an overview of various aspects of the social and environmental impacts of CAFOs, addressing some of the initial research questions and suggesting potential strategies based on major categories of inquiry – technology and policy, producers and consumers.

Moreover, the research framework can act as a stabilizing force against the vagaries of time and circumstance, which can affect any long-term research project, especially one focused on the present day. We discussed how the outcome of elections – both local and national – had severely diminished the political prospects for increased environmental regulation of CAFOs and greenhouse gas emissions more generally. However, because we had a research framework in place, these events refined, rather than stymied, our upcoming plans for the spring semester. The destructive power of Hurricane Matthew provided a powerful reminder that the continued use of lagoons pose an ongoing threat to public and environmental health in eastern North Carolina, which further bolsters our sense of purpose around a shared goal.

The experience of drafting a collaborative research framework has changed how I think about my own independent research. The act of defining a goal, identifying and organizing a series of questions, while critically analyzing the structure and organization of ideas, is no less important for the independent researcher than it is for a team of thirteen. Of course, it has slightly different functions – among a group, a framework can improve coordination and ensures that all team members understand the project similarly. In an independent project, taking time to develop a research framework can help us think about how we understand our research in ways that transcend how the current project, paper or article is organized.

Just as the research framework moved the team forward in their research, an independent researcher can use it to move forward in their own work. This is especially important for intellectual projects that can take months or years to complete. When Charles initially presented the visual analogy, I noted – only half-joking – that graduate students knew all too well the hazards of the pit of despair. Setting the very real issues of depression and anxiety aside, developing a framework like this might go a long way to alleviate the more everyday varieties of self-doubt and uncertainty that can emerge while working on a long-term project like a thesis or dissertation.

The value of a research framework lies in the way it asks us to consider – whether working collaboratively or independently – how our intellectual endeavors might connect to a broader sense of purpose. Regardless of whether one’s research takes place in a laboratory or a library, whether writing a master’s thesis or working on a third book project, taking time to think critically about these questions can only make us better researchers.