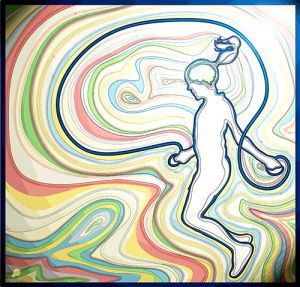 Physical exercise has emerged as a powerful strategy for promoting and maintaining brain health and for staving off the cognitive dysfunction associated with neurological and neurodegenerative diseases. However, evidence suggests exercise may be differentially beneficial to males and females, affecting cognition and brain physiology in sex-specific ways.

Because women have a higher risk for age-related cognitive decline and comprise almost two-thirds of Americans with Alzheimer’s disease, new research is aimed at unraveling the cellular and molecular mechanisms through which exercise alters the female brain.

Seeking to fill the gap in our understanding of the onset and progression of Alzheimer’s disease in women, the Exercise as a Therapy for Cognitive Aging and Alzheimer’s Disease team has been working to create a framework for a more comprehensive investigation of the interaction between Alzheimer’s disease, aging and exercise. Using a mouse model, the team is currently examining whether exercise at specific stages of a female’s life (before, during and after menopause) is more or less effective in protecting the brain against the cognitive loss and pathology associated with both normal aging and Alzheimer’s disease.

The team presented their project at the Exercise and the Brain Symposium on December 1, 2017, an interdisciplinary symposium organized by team leaders Elizabeth Finch and Christina Williams to highlight recent advances in the emerging field of exercise and brain health. 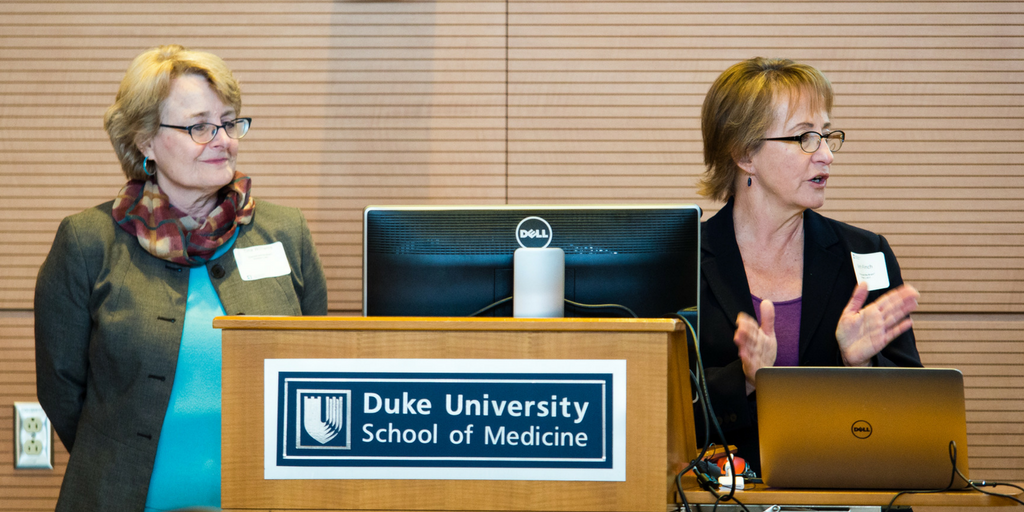 Attended by over 225 researchers in an array of fields, the symposium was described by team member Elizabeth Reynolds as integral to broadening her perspective on exciting new brain research across the country. “The diverse group of speakers emphasized the importance of all types of research – basic science, clinical, population health and policy – in making meaningful impacts in health.” Reynolds, a graduate of Duke’s Master of Biomedical Sciences Program who is now a Senior Clinical Research Specialist at the School of Medicine, also acknowledged that one of the most important messages of the conference was that exercise must be accessible and engaging to sustainably and positively impact human health. 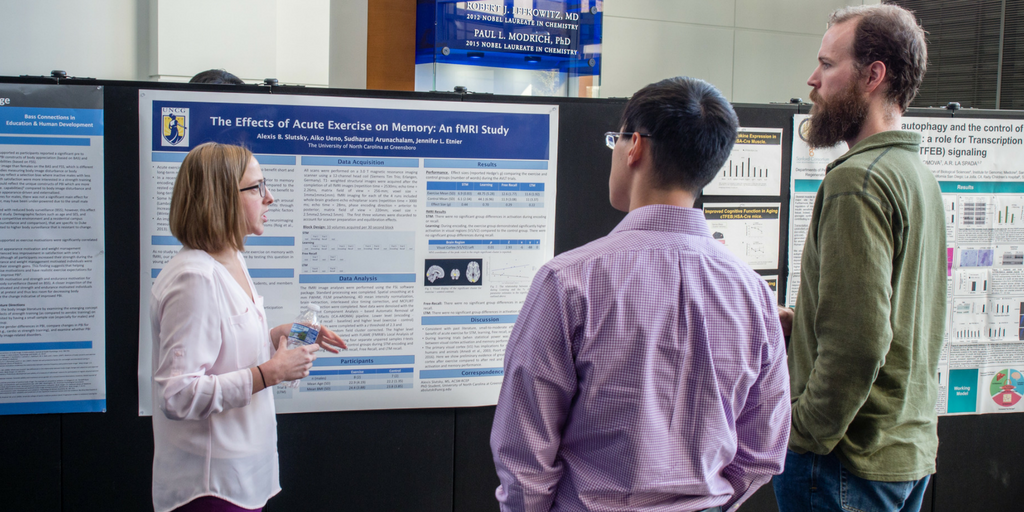 According to Finch and Williams, Reynolds and the rest of the team (Sara Maurer, Shayal Vashisth, Emilia Grzesiak, Caitlin Grant and Teresa Ju) played an integral role in the symposium’s organization and success. In addition to preparing their team’s own poster, which highlighted the main research hypotheses and framework for their project, team members helped with the symposium’s planning, programming and marketing, and served as facilitators during the symposium’s talks and poster sessions.

Williams noted, “Meeting the scientists involved in exercise and brain research brought the topic to life [for the students], and I think they will reap the benefits of this experience next semester and next summer as they all do independent studies and further work in the lab.” 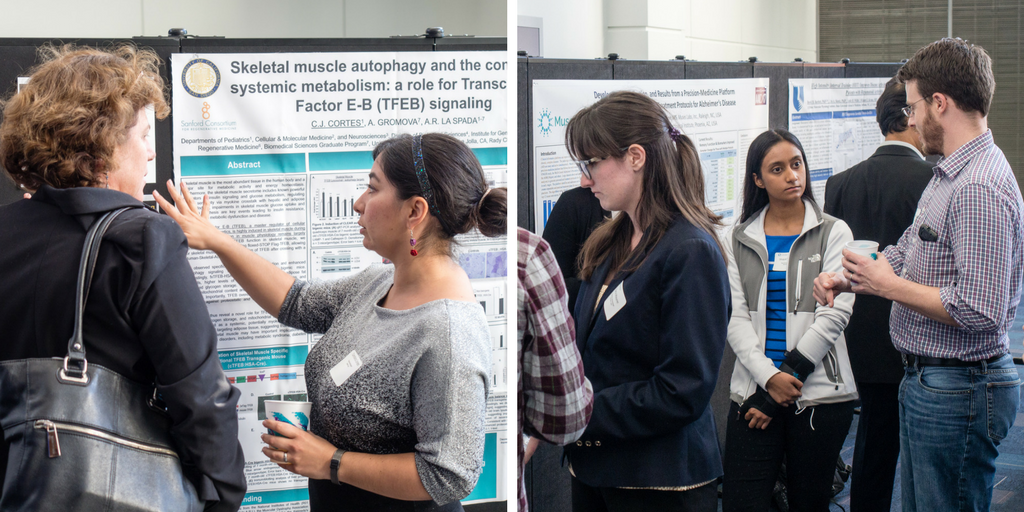 For the undergraduates on the team, the symposium also served as important background for research projects they completed in conjunction with the team’s affiliated Bass Connections course: Sex/Gender-Nature/Nurture: Intersections of Biology and Society. Co-taught by Williams and Ara Wilson, this course helped familiarize students with the concepts of sexuality, sex and gender, exploring how they have been linked to ideas, debates and developments in the biological and social sciences.

Looking forward, the team will devote the rest of the spring semester to lab research with their mouse models with the goal of providing a proof-of-concept for the team’s hypotheses that menopause exacerbates the cognitive decline seen in females with Alzheimer’s disease and that exercise attenuates Alzheimer’s-related deficits. They are also beginning the initial stages of preparation for a public presentation of their research next fall.

“We have a great group of highly motivated team players,” said Reynolds, acknowledging the important groundwork the team laid throughout the fall. “I am thrilled to be a part of the work and excited to see the results unfold.”

Photos of the Exercise and the Brain Symposium by Yimin Wei.