Genetics of Oxygen Deprivation in Marine Mammals and Humans

Team profile by members of the Learning From Whales project team

As oceans warm due to climate change, dissolved oxygen concentrations are declining. Many marine animals could suffer from this hypoxic stress, or stress due to insufficient oxygen levels. However, certain marine animals tolerate a lack of oxygen all the time: whales and dolphins. When these cetaceans dive to deep depths to forage for food, they hold their breaths the entire time. These charismatic organisms provide an excellent model to discover the basis of hypoxia tolerance, which could be leveraged to protect more sensitive species.

Understanding hypoxia tolerance has applications for human health as well. Oxygen deprivation in human tissues causes mass cell death in heart attacks and strokes; hypoxic conditions are also a driving force in cancer metastasis. Illuminating the genetic responses to hypoxia across species can improve our management of these human health issues.

This data provides a baseline for continued research into comparing genetics of inshore and offshore ecotypes and exploring how they relate to differences in diving behavior and adaptations to hypoxia. Genome wide variation will provide a powerful dataset for understanding the genetic makeup underlying hypoxia tolerance in cetaceans.

Larry, Raksha, and Elizabeth analyzed the relationship of hypoxia with stress, cell motility, and metabolism, respectively. These three physiological responses are critical to marine mammal diving behavior and survival. Using a systems-level approach, gene sets from each of the three pathways were downloaded from online databases, and interactions were investigated through gene network analysis. An experimental approach was also used to analyze hypoxia’s interaction with glucocorticoid, the molecular stress response. Addition of cortisol to Cuvier’s beaked whale cells (Ziphius cavirostris) suppressed the hypoxia response. Furthermore, Raksha used phylogenetic and evolutionary analysis to discover that there is evidence for the coupling of the hypoxia and cell motility pathways early in eukaryotic evolution.

Each of these molecular responses was found to be closely linked to hypoxia, and key genes mediating the interaction between hypoxia and stress, cell motility, and metabolism were identified. By identifying core genes of these responses to hypoxia and how different species are genetically adapted to hypoxia, we can improve conservation efforts to help marine mammals and other organisms survive in increasingly stressful, hypoxic oceans. 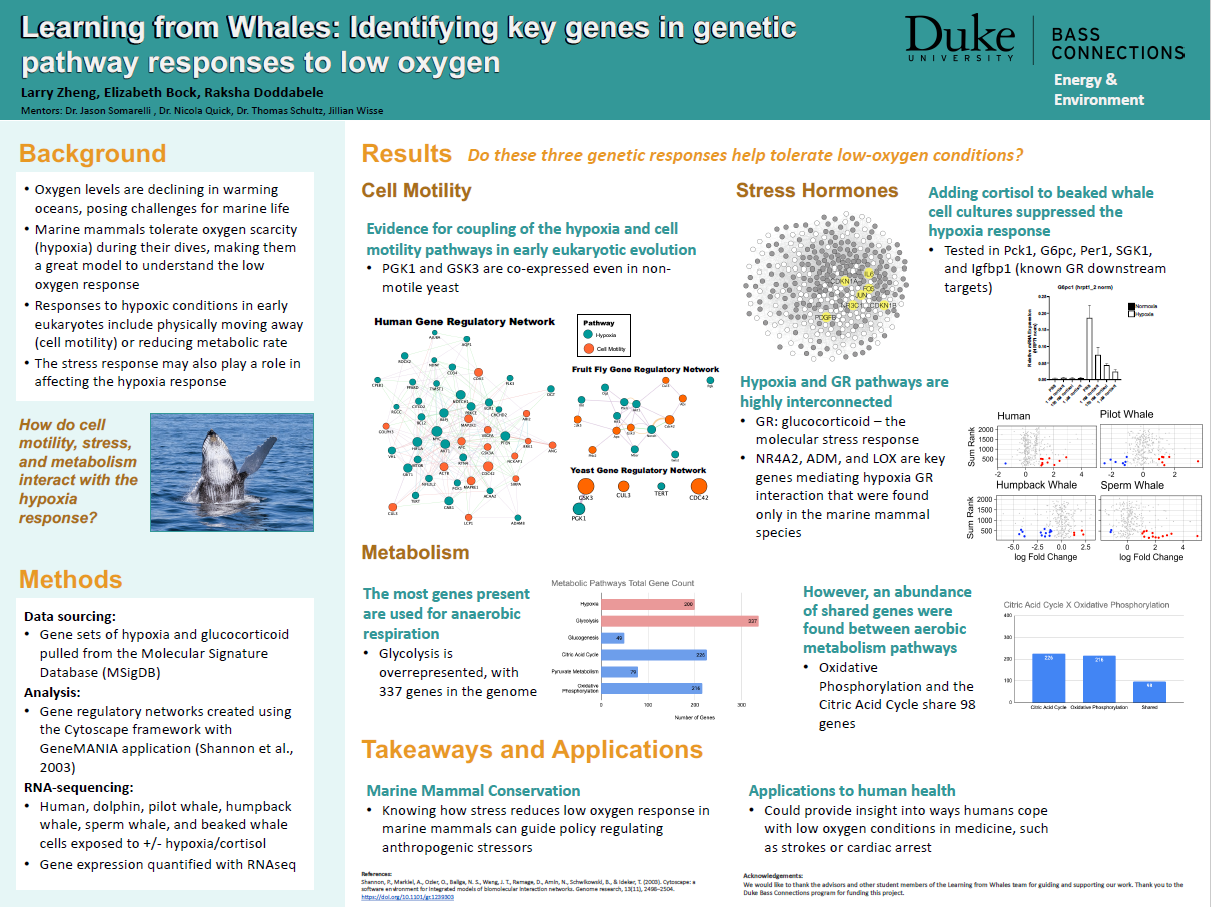 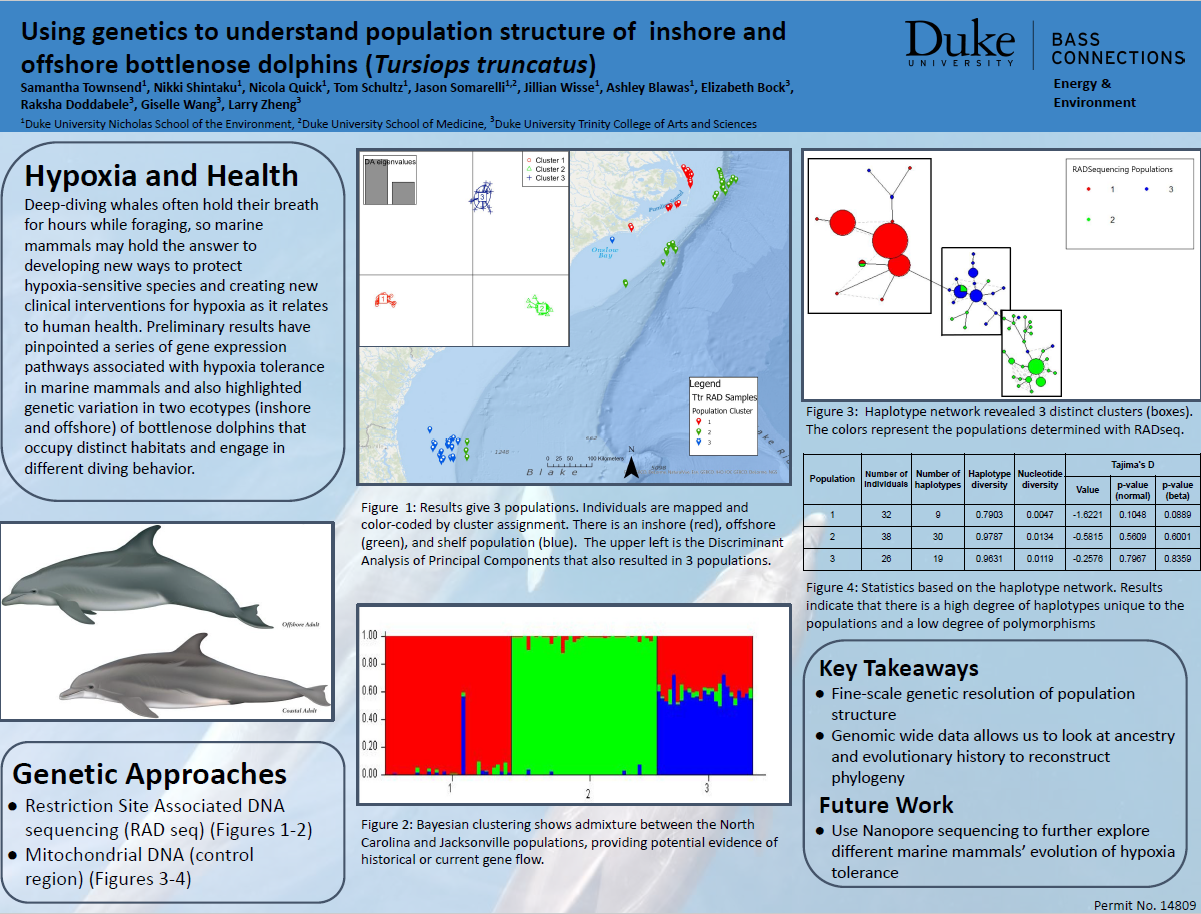