Building on the work of the 2019-2020 project team, the American Predatory Lending team used a multi-method and interdisciplinary approach to examine the policy and market dynamics in the run-up to the financial crisis in order to explain the divergent responses among federal and state/local policymakers as well as the implications for preventing the next financial crisis. The team situated state and local contexts into discussions about the implications of that tumultuous economic period and added to their robust oral history archive, data analysis and visualizations, and legislative timelines and policy memos, all of which help deepen the understanding of what caused the Financial Crisis of 2008.

Expanding Stories and Interdisciplinary Analysis on the National Mortgage Market 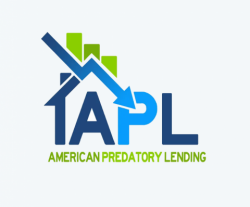 Each of the 25 undergraduate and graduate students and faculty worked on multiple projects throughout the year. The continued focus on interdisciplinary research allowed for students to produce engaging, accessible analyses on four separate sub-teams.

Led by Maria Paz Rios and Patrick Rochelle, students on the Oral History subteam conducted 30 new interviews over the course of the year. The interviews expanded the geographic range of the project to Ohio, Arizona, Massachusetts, and Florida. Furthermore, Maria’s team of students focused on collecting the stories from executives at institutions in the private sector, such as Washington Mutual, while Patrick’s team of students focused on gathering the perspectives of federal and state regulators as well as consumer advocates.

The Policy Analysis subteam under Katie Kaufman mapped out legislative timelines for the United States, North Carolina, and Massachusetts. Also, part of the Policy Analysis team (Jacob Argue in conjunction with Olivia Wivestad and Braleyn Parkman) focused on writing memos on mortgage enforcement actions in Florida and Massachusetts, respectively. The memos chronicled the development of rules and regulations as well as any changes leading up to, during, and after the 2008 financial crisis.&

The Data Analysis subteam produced word clouds using common words and phrases from the oral history interviews conducted by the team. They color-coded the words by stakeholder, which were policymakers, consumer advocates, and banking executives, revealing patterns that differed drastically from each other. Also, Data Analysis subteam members Sana Pashankar, Jett Hollister, and Michael Dymond dove into an analysis of the Arizona mortgage market in conjunction with continued analysis of other key states like North Carolina.

The Business Analysis subteam analyzed two case studies over the semester: Colonial Bancgroup and Long Beach. The case studies provided greater insight into the product line throughout the lead-up to the financial crisis.  In addition, the sub-team wrote four memos on the evolution of the mortgage market, which analyzed how underwriting, different entities, subprime products, and regulators changed before, during, and after the crisis.

This website, developed by our technology team, led by junior Jett Hollister, showcases each team member’s research contributions and serves as a one-stop-shop for researchers, students, and media outlets. Several of our interviewees have not previously discussed their experiences and reflections on the record, just as datasets reflect new curations and analysis. As a result, the website houses a critical, ground-breaking archive of new evidence about the run-up to the housing crisis in the United States.

The team will be continuing next year, with an even larger crew of team leads and students. As we transition into summer, a Data+ group will extend our quantitative work, while several research assistants will maintain our momentum with oral history interviews.

Documenting Oral Histories and Business, Data and Policy Analysis on the American Predatory Lending and the Global Financial Crisis 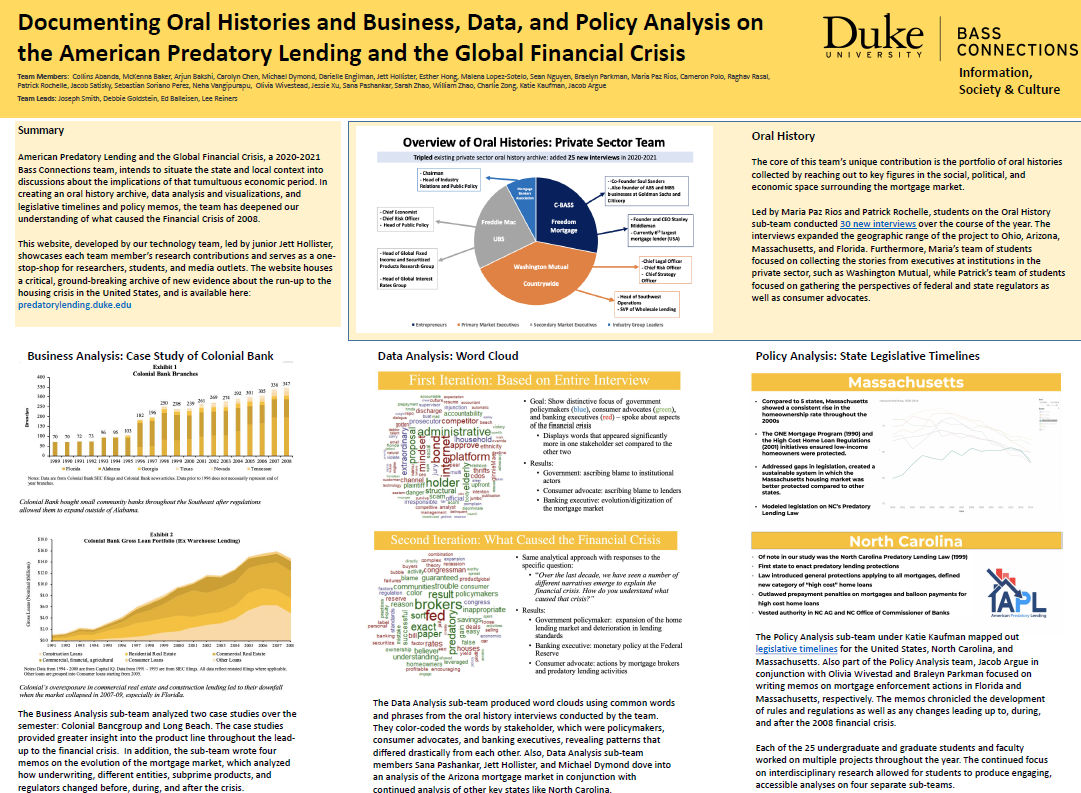