An estimated 5.3 million Americans are afflicted with Alzheimer’s disease (AD) – a number that is expected to escalate as the proportion of older Americans continues to rise. Because AD is a multifactorial disease with both genetic and environmental causes, considerable research has focused on environmental factors including lifestyle and nutrition as potential therapeutic interventions that might delay or prevent AD neuropathology and cognitive decline. Recent advances have provided clinical evidence for the efficacy of exercise in preserving brain function in aging humans. Mouse models provide opportunities to study characteristics of AD in well-controlled environments that can help facilitate development of early interventions. In vivo MRI can be used in both humans and mice to identify vulnerable circuits that may predict cognitive decline.

Building on the work of previous teams, this project team examined brain structure and function in transgenic mice with human APOE- ε4 that develop symptoms of AD and compare those with mice with human APOE-ε3 that are not at risk. The 2020-2021 team induced ovarian failure in mice without removing the ovary to determine whether menopause accelerates cognitive decline and neuropathogenesis in AD and whether chronic exercise can mitigate this risk.

Team members moved from a mouse model of familiar AD to a model of sporadic AD; examined morphometric changes in brain regional volumes and connectivity using in vivo MRI methods; and used new methods for examining olfactory memory that can be used during in vivo MRIs, which are routinely used to diagnose and follow AD progression in humans.

The team also compared the mouse brain MRI data with online databases of human brain changes during AD progression. Tracking and comparing changes in brain structure with disease progression and correlating these changes with pathological indicators allowed team members to test the validity of the mouse models – a critical step in mouse modeling of a human brain disease where cross comparison is needed to translate findings to human disease.

Methodology for analyzing imaging and data 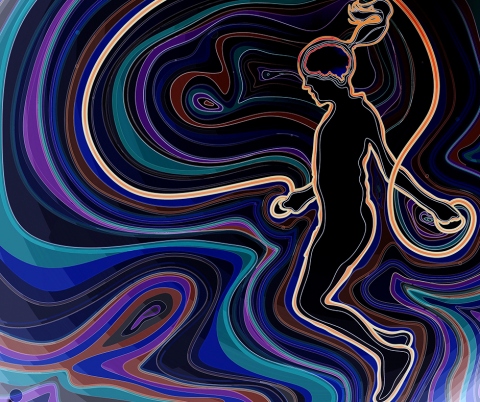