Creative Industries and the Urban Environment (2018-2019)

Over the past ten years, Durham has witnessed a boom in a number of key cultural initiatives including the Durham Performing Arts Center, Golden Belt, 21c Museum Hotel and RUNAWAY clothes. These cultural productions have not only been seen as enriching the city’s image, but have also attracted other creative ventures. Further, Duke University has contributed greatly to the cultural development of Durham through such sites as the Nasher Museum of Art and the new Rubenstein Arts Center.

This project team examined the relationship between urban development and cultural production in Durham. Richard Florida’s The Rise of the Creative Class (2012) ranked Durham number one in highest concentration of creative class workers (researchers, musicians, artists and others). The project team assessed Florida’s methodology, especially where it is applied to Durham, and considered whether creativity in the city fosters economic prosperity.

In order to establish whether there is an observable relationship between creative industries and economic growth in Durham, and to foster an interdisciplinary network of students and scholars interested in the study of cultural industries and art markets, the team also tracked the growth and change of businesses in downtown Durham. The team focused on changes in bars, retail stores and restaurants from 2010-2017. 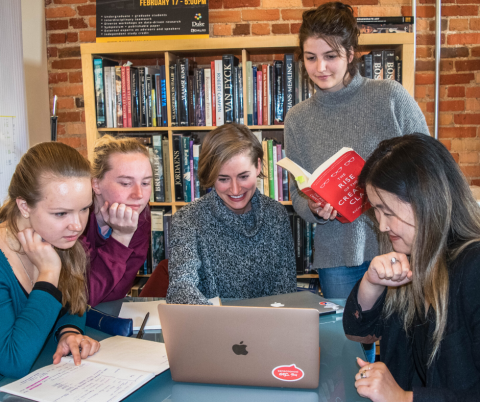