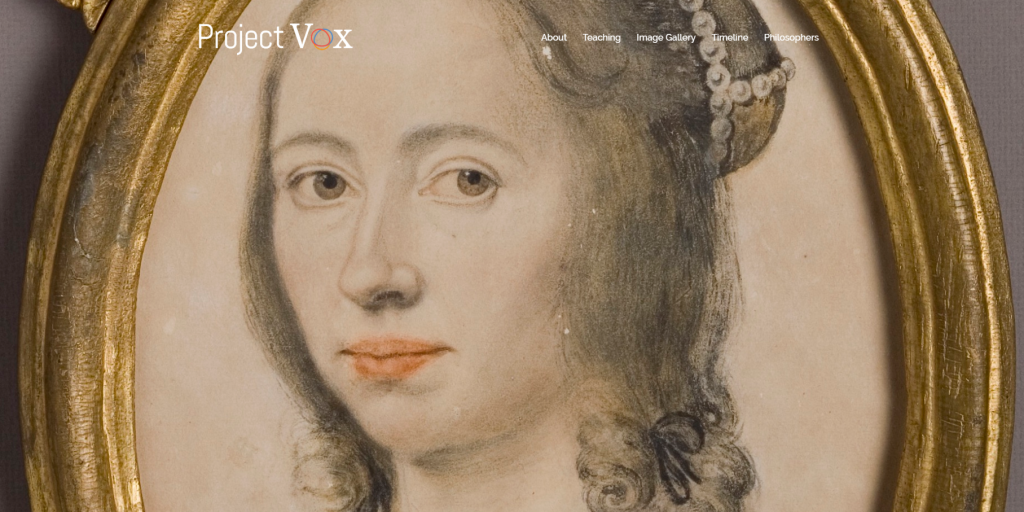 Close your eyes and think back to your first introduction to philosophy. What – or who – do you see?

Chances are you’re picturing a group of all-white, all-male philosophers such as René Descartes, John Locke and David Hume. These men and others have formed the backbone of the all-male canon in early modern philosophy (roughly defined as the period between 1600 and 1800) for the past half century. But who does this picture leave out?

For the past two years, a Bass Connections team has been examining the systematic exclusion of women from early modern philosophy and working to unearth their important influence on the larger history of philosophical thought. Adding to the already robust research and resources on early modern women philosophers on ProjectVox.org, this team is seeking to change how philosophy is perceived and taught.

If there is ever a person where describing them as “remarkable,” “extraordinary,” or “incredible” is an understatement, it is the Dutch genius Anna Maria van Schurman (1607-1678). To start, she was fluent in more than a dozen of languages, deeply erudite in a variety of disciplines from theology to medicine, and even accomplished as a formidable artist during the Dutch Golden Age. She is made even more amazing considering that, at the time, women were deemed intellectually unfit.

Anna Maria van Schurman is truly a fascinating figure in many more aspects than described, including her approach to studying languages, her accomplished artistry and even the extent of her connections throughout Europe. In this respect, she is a woefully understudied figure, especially in the English-speaking world. Our entry on Anna Maria van Schurman hopes to contribute to a small but growing interest in this truly amazing figure. We had the pleasure of working on a figure whose work and influence touched on far more disciplines than any other philosopher we have worked on, particularly as an artist. We hope you enjoy our take on Anna Maria van Schurman.

How to Cultivate a Robust Virtual Community

Excerpts from a blog post by Meredith Graham (Ph.D. student in Musicology), the team’s project manager and outreach and assessment coordinator 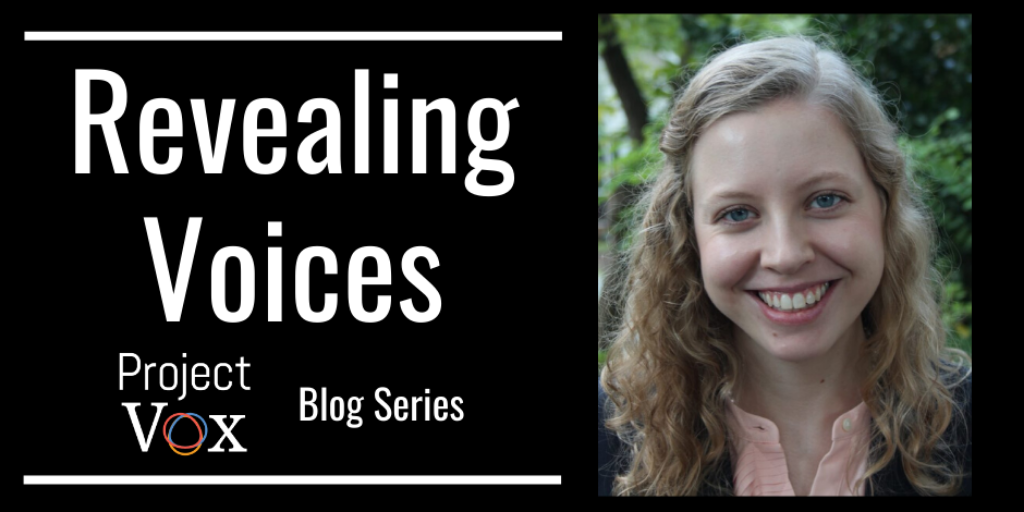 In 2017, I joined Project Vox as Outreach & Assessment coordinator, managing our social media platforms and running our new blog. As someone who personally always felt disconnected from social media tools like Twitter and Facebook, which lack the story-telling features key to maintaining an audience and building relationships, I felt like there was more to my work if we wanted to build a community. I therefore continually asked myself: Although we communicate with hundreds of followers through our Twitter and Facebook accounts, is social media outreach the most effective way to build a community of feminist philosophers and scholars?

The blog on our new WordPress site created an opportunity for more experimentation. To make my own mark on Project Vox’s outreach, I thought about how I could create more meaningful relationships with our existing audience. I found myself interested in how I could go beyond social platforms to create a strong virtual community. What if we could give our public audience a way to contribute to Project Vox from afar? If we want to change the field of philosophy to include more diverse voices, we also need to amplify the voices of those who share our project’s values and are engaged in that work.

In an experiment with scholarly publishing and community building in March 2018, I created Project Vox’s leading blog series, Revealing Voices, that reveals those voices of formerly forgotten women philosophers alongside the voices of scholars today who study these women.

The Revealing Voices series would be a place for academically-diverse contributors – from senior scholars to those just entering the field as undergraduates – to communicate about feminist research, and it would be a way for us to meaningfully connect to members of our community. We connected our publishing space with our social media platforms. We considered those who interacted with our newsletter by using analytics from MailChimp, scholars from philosophy who researched early modern women philosophers, recommendations from team members, people we previously identified who had a strong social media presence and interacted with us on Twitter, and two undergraduate members of our team.

The Revealing Voices posts have increased our audience engagement because the scholarly philosophy community concerned with the early modern period has taken notice of our publishing space. Contributors who wrote for our blog as graduate students noticed that it was their publication on our site that connected them to the larger scholarly community. We have also interviewed these younger scholars to ask how they include their posts in their CVs, so that we can advise future contributors on ways to professionally communicate about this type of scholarly work. The hundreds of unique views on each blog post help us see that, even as our project is working to transform the philosophical canon, our blog is transforming the publishing space for philosophers and scholars.