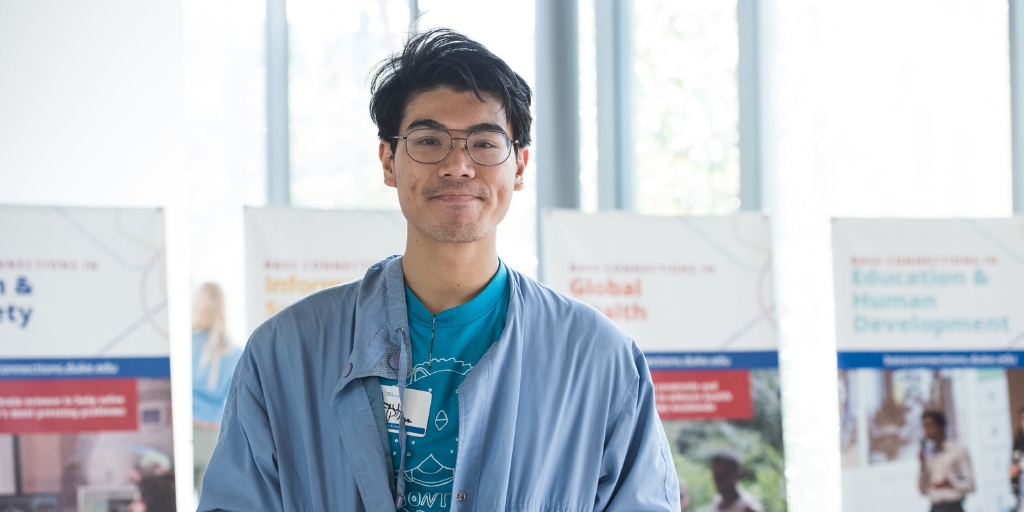 Improving mental health of populations around the world is a major societal challenge. From 2016 through 2018, a Bass Connections project team examined the global challenges of mental health by considering how to advance integrated approaches to mental health services and treatment.

Duke medical resident Tony Pham, M.D., became a member of the Global Mental Health Program team in 2017. Deeply interested in context-specific approaches to mental health, Pham joined the team while also pursuing a Master of Science in Global Health. Last spring, Pham received a Bass Connections Student Research Award to explore the intersection between traditional and faith healers and mental health in Nepal, research that will inform his master’s thesis and continue the mission of the Global Mental Health Program. His project is mentored by Brandon Kohrt. Recently, he shared this update:

Nepal is a country known for its traditional healers. Exploring the intersection of traditional healers and mental well-being allows for the enhancement of preexisting mental health services rather than their replacement. From a more culturally informed perspective on reducing mental health disparities, this approach makes more sense as biomedical models of healing may not match current Nepali ethnopsychological mindsets, nor are they a familiar avenue for healing for Nepali individuals of lower socioeconomic status.

In May and June 2018, I worked with an interdisciplinary team to conduct a qualitative, directly observational and participatory pilot project that took place in the rural region of Sindhuli, Nepal, an area widely known for its shamanic healing rituals as practiced by the Tamang population. 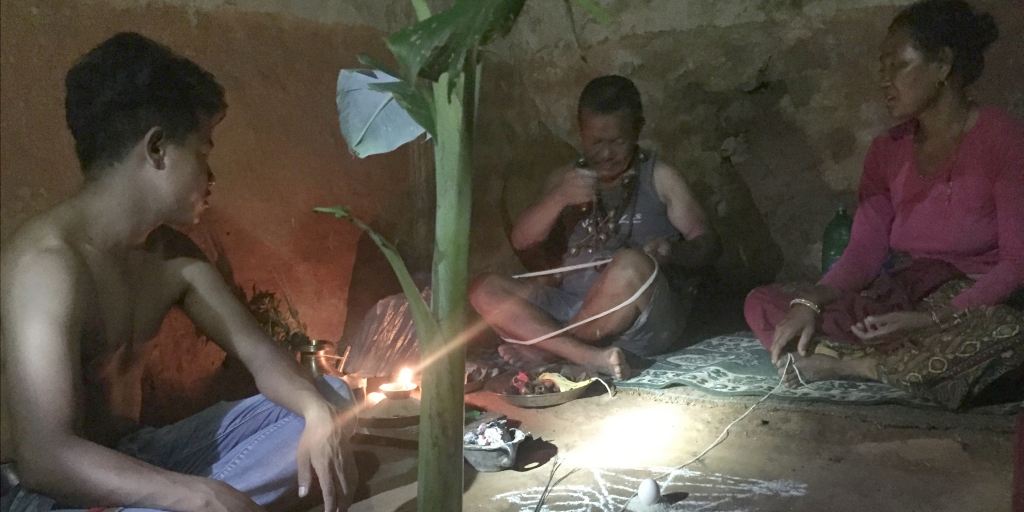 Our study took place in a small village known as Dumja. Dumja residents are mostly farmers whose lives are characterized by poor access to electricity, clean water and irrigation. This remote, rural setting was ideal for analysis as community members in these types of areas often turn to traditional healers more frequently than their urban counterparts.

The collected interview data led to a preliminary mechanisms of actions model and several initial conclusions:

In 2019, we are planning to transition to a more expanded network of healing sites. This more observational and descriptive phase will incorporate a wider range of background stressors, geographical districts, castes, ethnicities and traditional healer backgrounds.

Ultimately, once the study is completed, we will develop a comprehensive mechanisms of action model that can be used to create a blended curriculum offered to both traditional healers and mental healthcare providers. This study’s data will help establish more advanced referral pathways, thereby better streamlining care between both groups.

Photo of traditional healers in Nepal by Tony Pham