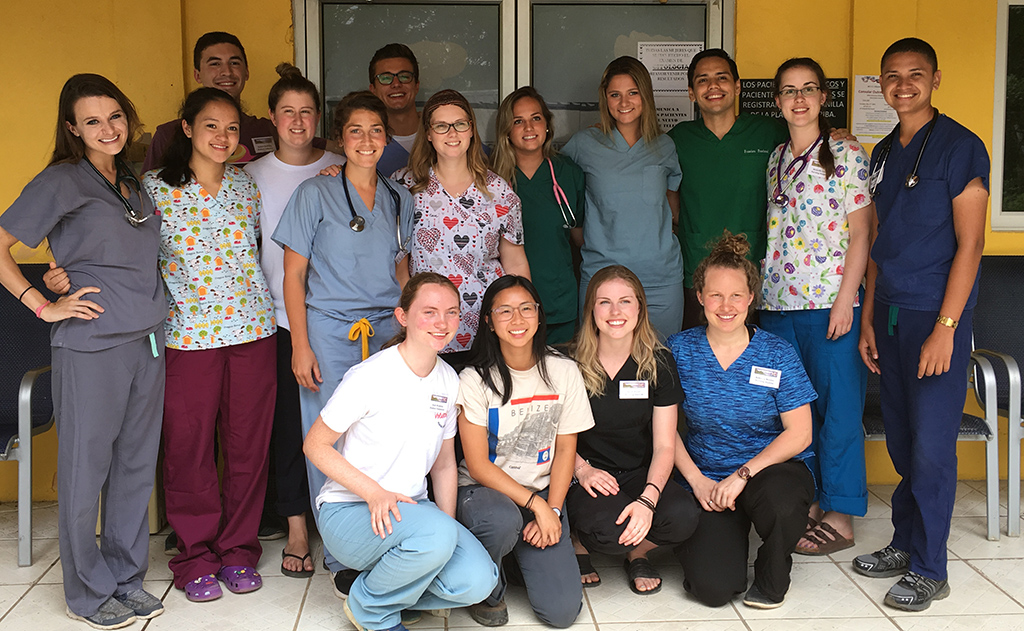 Each year, vaccines are estimated to prevent 2.5 million childhood deaths globally. An additional 1.5 million deaths could be prevented by improving vaccine coverage. For a variety of reasons, nearly 1 in 10 infants didn’t receive any vaccinations in 2016. Those 13 million babies were left vulnerable to diphtheria, whooping cough and many other diseases that could easily have been prevented.

“We worked with a team comprised of a medical student, a grad student in biomedical sciences, an undergraduate studying biology and global health and another undergraduate majoring in chemistry and math,” said Lavanya Vasudevan, who is currently Assistant Professor of Community and Family Medicine at Duke. She led the team along with Dennis Clements and Darla Deardorff. “The diversity of students – in terms of their educational backgrounds, learner levels and perspectives –   was our greatest strength as a team.” 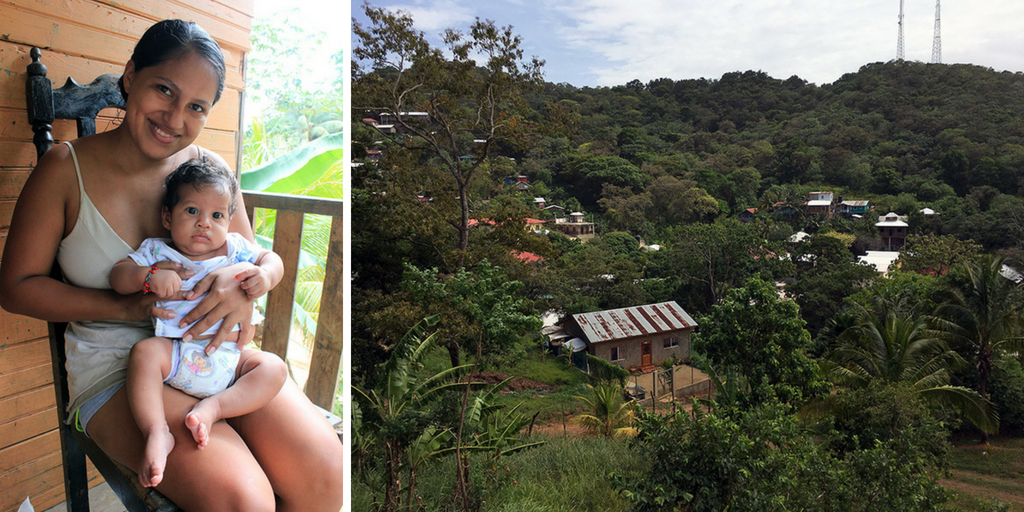 In Roatán, an island of 50,000 people off the northern coast of Honduras, the team identified the static paper-based vaccination record system as a barrier to rapidly identifying and reaching under-immunized children.

Duvall and Lucic lead an app development course, CS408 Delivering Software: From Concept to Client. In the fall, Vasudevan pitched students the idea of developing a mobile health (mHealth) app for vaccination data and found an enthusiastic response.

Alison Huang ’19, Robert Steilberg ’18, Matthew Tribby ’19 and Steven Yang ’19 formed the development sub-team. In addition to the course, they met weekly throughout the year and monthly with the full Bass Connections team. 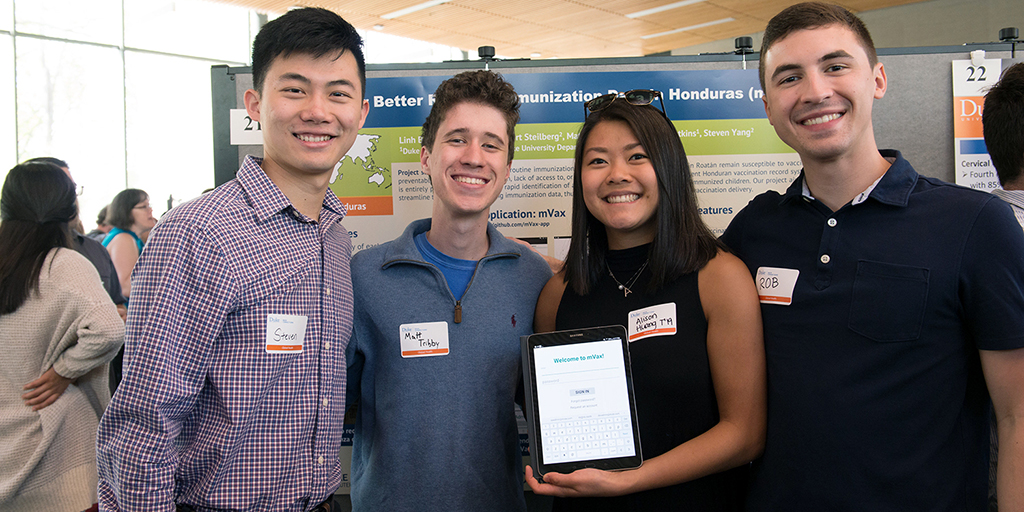 The team’s goal was to streamline the process of recording immunization data and improve record collection, access and storage. Collaborating with Clínica Esperanza, a low-cost provider of medical services in Roatán, the team built and tested an app they called mVax. 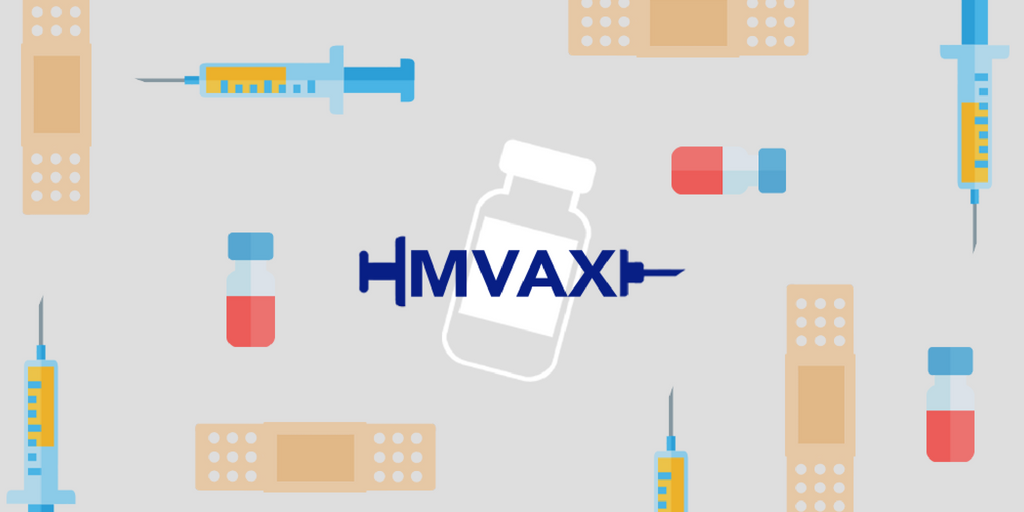 Linh Bui ’20 and Kate Watkins ’19 also met weekly as the global health sub-team. They developed an evaluation protocol to assess the app’s feasibility for implementation in Honduras, acceptability among end users and effectiveness in capturing routine immunization data.

By making the workflow more efficient, mVax should help vaccinators spend less time on administrative tasks and focus on delivering health services. “The biggest saving we anticipate is in the time that vaccinators currently spend copying the data on to multiple forms,” said Vasudevan. “Using our app, the right forms are automatically generated just from a single point of data entry.”

Development sub-team member Steven Yang traveled to Roatán in January 2018 to train users and deploy the mVax system in Clínica Esperanza for a pilot study. “Steven piloted the app with local vaccinators, and brought back recommendations,” Lucic said. Yang also spent time speaking with representatives from the island’s Ministry of Health. The team then worked over the spring semester to incorporate these recommendations and deliver a functional app by summer. 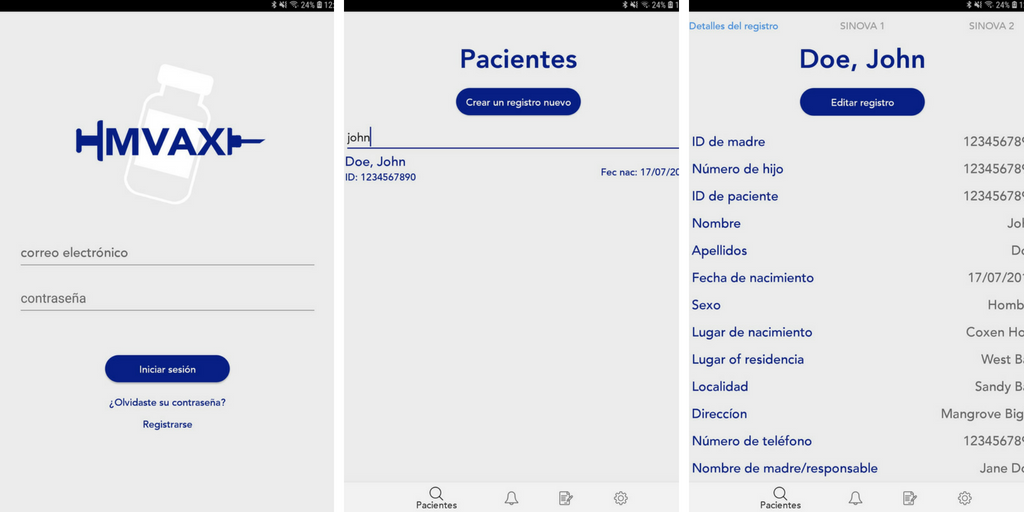 mVax users can access an overdue list showing who is due to come in for vaccinations, then click on a name to see the phone number and schedule an appointment. Clinicians can also query vaccine records for particular patients. 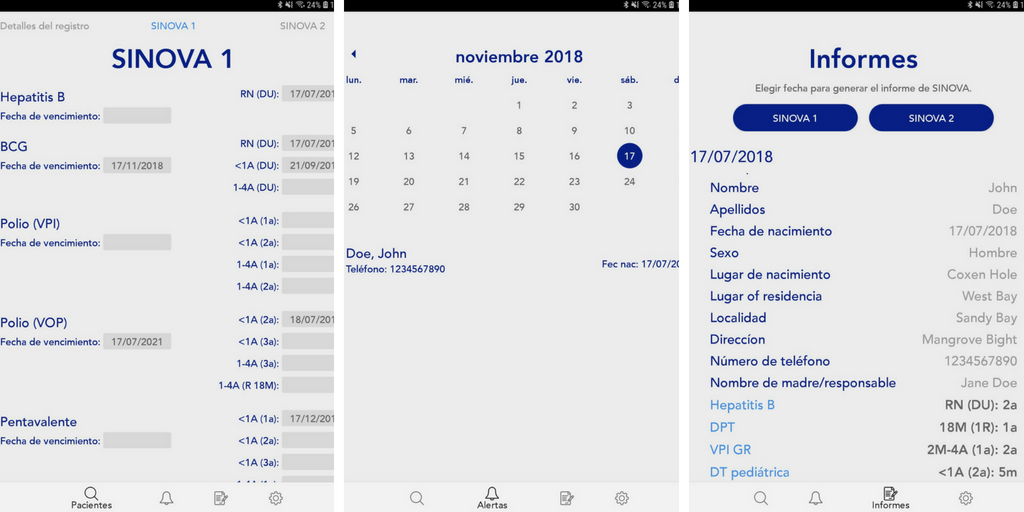 This summer, team members made overlapping trips to Roatán to scale up the system and assess the acceptability of and satisfaction with mVax. Vasudevan noted that the team is documenting all costs to be able to tell the government how much money would be required to make the system sustainable. 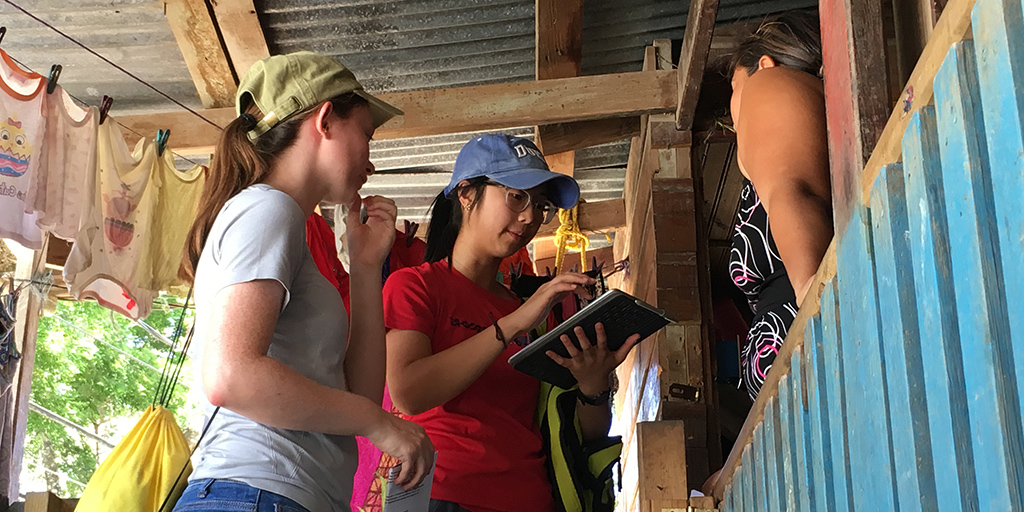 Bui, Steilberg and Watkins are also extending their involvement in a new direction, funded by a Bass Connections Follow-on Student Research Award. “Many Hondurans migrate from the mainland to the Honduran island of Roatán, in search for safe havens and better economic opportunities,” the students explained. “There is a discrepancy in healthcare, especially in child vaccination rates, between migrant Hondurans and islanders. We want to investigate whether this is due to a lack of social support networks in the community, and plan to collect more data to discern whether these networks need strengthening. Through this, we hope to develop a solution to help migrant mainlanders get better access to vaccination clinics.”

“Parents have been overwhelmingly positive and welcoming to our questions,” Watkins wrote from Roatán in June, “inviting us into their lives for a few minutes as we discuss the challenges to access quality care for their children and the rewards of getting their children vaccinated.” 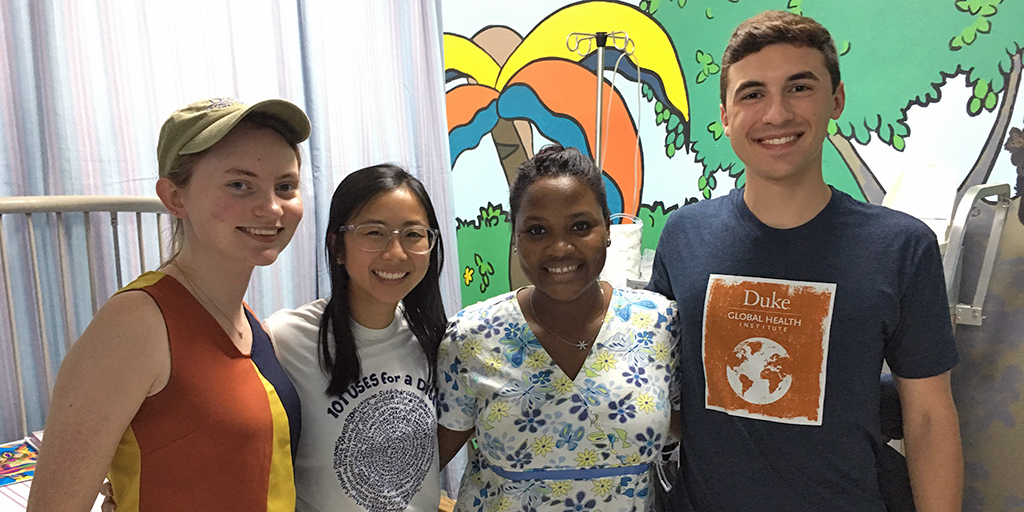 “I feel lucky having found a project at Duke that is a concrete application of the skills I’ve learned both in class and on my own,” said Steilberg. “My studies in computer science have shown me that the two things I love most are programming and building new things that solve problems. Working on the mVax team has let me do both, ultimately culminating in a project that is going to make a real impact on someone else. Solving others’ problems is a guideline for what I do, and it has been great to achieve that through Bass Connections.”