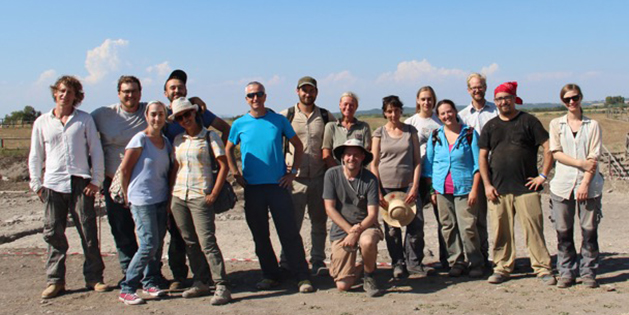 Think about the process of archaeological discovery, and you might conjure images of young assistants painstakingly digging in a dirt pit under the baking sun.

Today, the emerging field of cyberarchaeology draws on new technologies such as remote sensing, data recording apps, real-time visualization and 3D digital models. And the process is not led by just one expert anymore.

“In the old way, there was one archaeologist in charge of everything,” explains Katie McCusker, a Ph.D. student in Art History. “Today that’s not possible. Unless you have a very diverse team with diverse skills, you won’t be successful.”

Unless you have a very diverse team with diverse skills, you won’t be successful.

Maurizio Forte, a professor in the departments of Classical Studies and Art, Art History & Visual Studies, oversees Duke’s exploration of the ancient Etruscan city of Vulci in Italy. He has led related Bass Connections teams for the past four years.

It’s a very collaborative effort, and there are amazing people on the team.

McCusker serves as project manager, which Forte says is essential to the team’s functioning. “We have five research units, and the leaders are super busy. [Without Katie] it would be difficult for every team to have a general picture of the project, and to track all teams. The project involves a lot of lab work [that must be] well connected with the field work.” 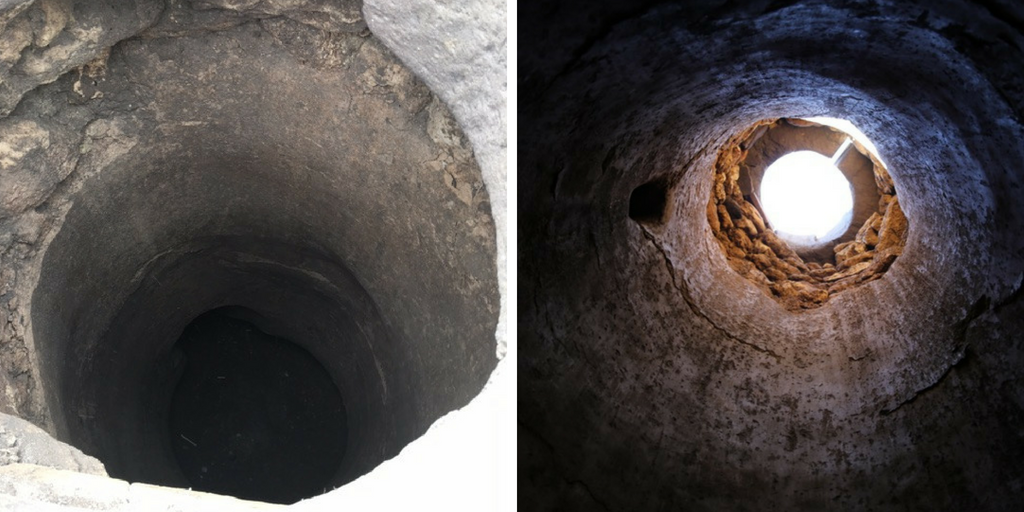 Instead of relying on traditional methods, the team used cutting-edge tools such as drones, ground-penetrating radar and a “smart trowel.” Their aim is to understand urban transformation during the first millennium BCE and early Roman period.

Last summer, the team discovered an Etruscan well-cistern connected with a complex network of tunnels. Later on, when the Romans came to Vulci in 280 AD, they covered up the well-cistern and built on top of it. No one knew it was there until the team’s high-tech tools indicated its presence.

Once the well-cistern and tunnels are completely excavated, scholars will know a lot more about the complexity of the Etruscan water system. “Being able to map this would be a big deal,” McCusker points out. “The spatial distribution of the cistern itself will tell us how the city worked.” 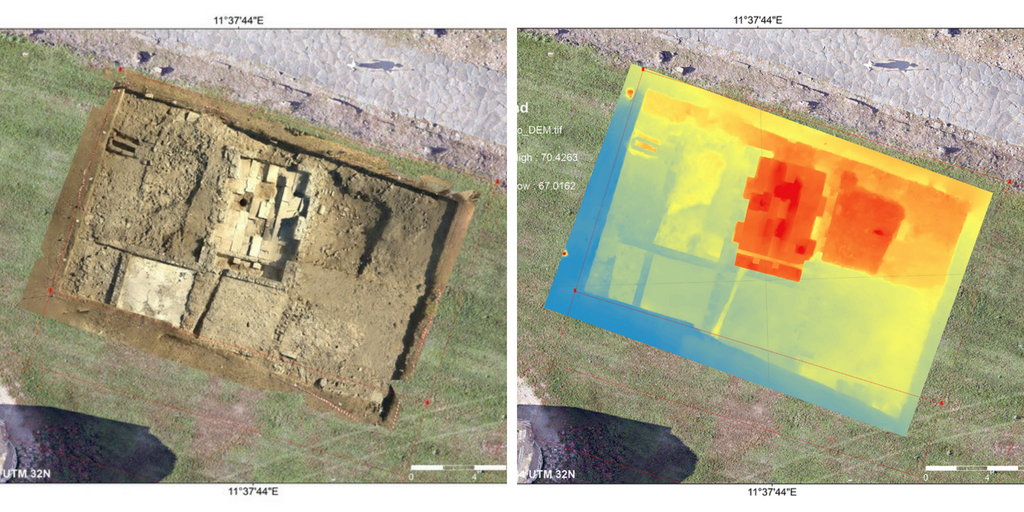 The Bass Connections project is closely related to McCusker’s dissertation research on the city of Vulci. She has been exploring the use of ground-penetrating radar, or GPR, to reveal the density of what lies below the surface. Because the site is an open plateau, it is well suited to GPR.

Pointing to an image, McCusker explains how she confirmed the presence of a long-buried basilica. “With GPR, we know this building is here. We no longer have to dig test pits.” She tested various techniques and created a 25-page guide to help others use the GPR machine at the site. 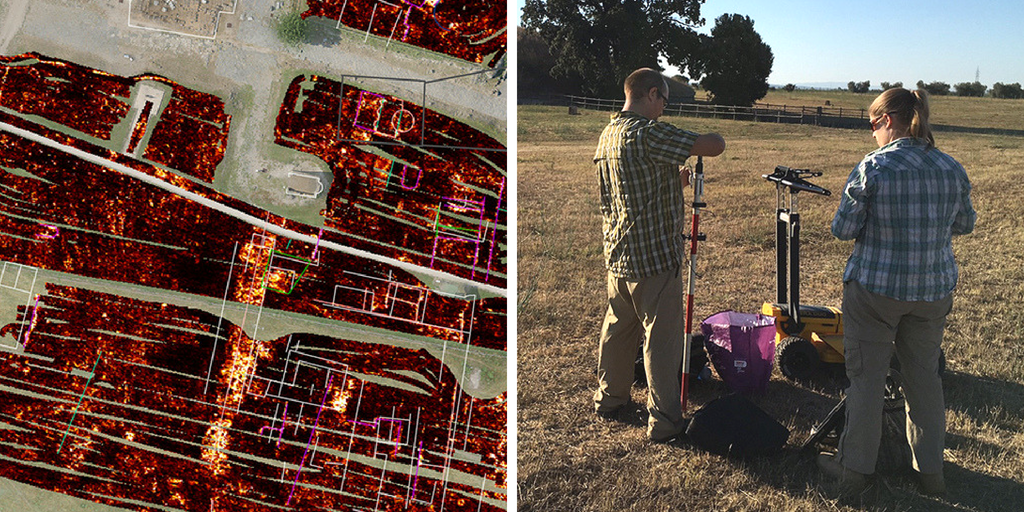 Postdoc Nevio Danelon has been using photogrammetry to shape a three-dimensional record of the surface. “A 3D model of the excavation preserves a lot of details that were previously lost,” he explains. “We kept learning more information after we returned last summer. We’ve also experimented with new techniques and approaches, not just new technologies.”

Vulci is located in a national archeological park that is open to the public, about an hour and a half from Rome. “It get lots of summer visitors, and they get lost,” Forte said. “The park is so big. There are labels but they’re not very visible, and there’s no birds-eye view of this huge place. So we’re thinking of the future of user experience.”' 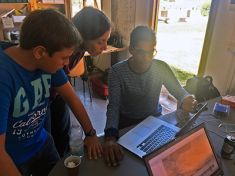 That’s where computer science major Yashas Manjunatha comes in. “I wanted to deviate from the straight tech pathway and do applied stuff,” he recalled, “and I’d heard Bass Connections was good for that.”

He has been developing two apps for the park’s visitor center. “I’ve been designing for a touch screen, and I’m now looking at augmented reality.”

Of course, he can’t do it alone. “None of my work would be possible without Katie and Nevio’s work,” Manjunatha says. “It’s a very collaborative effort, and there are amazing people on the team.” 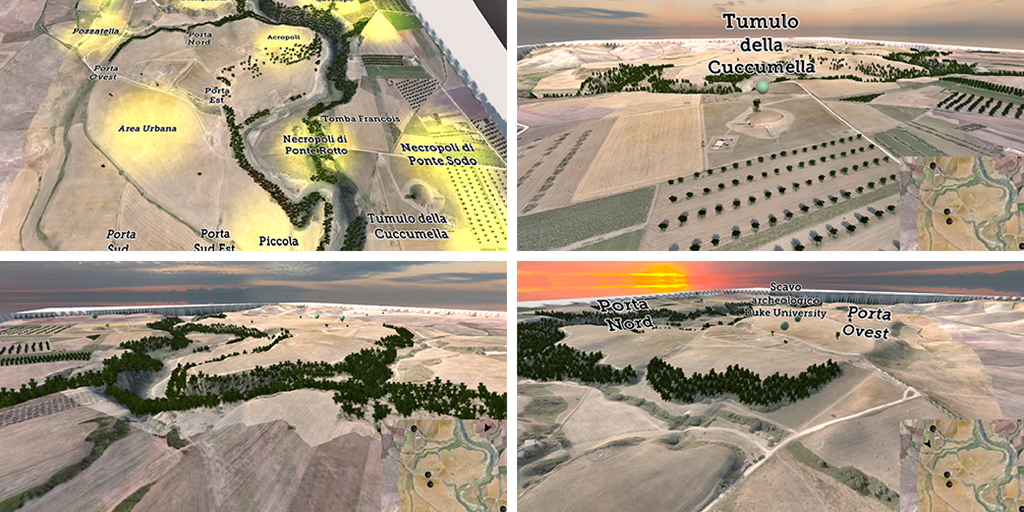 Other team members this year were sophomores Isaac Andersen and Jeremy Chen and juniors Wenqin Wang and Yumin Zhang. 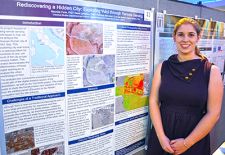 Team members presented their research at several conferences, including Computer Applications and Quantitative Methods in Archaeology and the Archaeological Institute of America. A book is forthcoming from Oxford University Press.

Soon, faculty and students will head to Vulci for another two months of exploration. What will they discover next?