Shrinking the Gender Gap in STEM

Women are underrepresented in the STEM workforce, particularly in math and computational fields. This underrepresentation begins early – not because girls do not perform as well as boys at math but because, at a critical point in their development, stereotypes and cultural norms can dampen many girls’ interest in math and STEM subjects. Factors affecting this trend include a lack of female STEM role models, field-specific beliefs, mindsets, and values, and small gender differences in spatial reasoning. 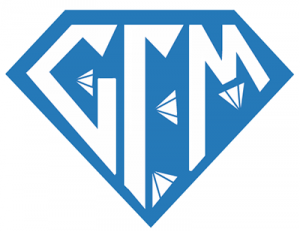 Undergraduate and graduate student team members prepare for their role as workshop mentors in our Fall course. They develop their leadership skills by teaching math in a discussion-based format while leading these workshops. Team members have gained research, web design, communication, organization, and personnel management skills. In anticipation of the workshops, the team discusses and plans activities that build an increased awareness of gender stereotypes. These discussions are guided by the project co-leaders and include discussions led by team collaborators.

Each workshop includes both a hands-on math puzzle and a gender-and-STEM discussion activity. Our team employs a social identity approach to build and nurture STEM-compatible beliefs alongside a rich problem-based mathematics curriculum with a focus on spatial reasoning. Summer workshops in 2019 included laboratory and clinical visits with female STEM practitioners at Duke to provide exposure to female role models.

Our key research questions are:

2. What, if any, are the associated attributions of the gender gap in STEM by adolescent girls? What impact does a social identity based curriculum, together with a mathematical problem-based learning approach, have on these beliefs?

3. Does the impact of the overall curriculum persist across cohorts as the program is expanded? Do social identify, self-efficacy, and cognitive outcomes differ between cohorts?

To evaluate these research questions, we built an IRB-approved survey instrument and administered both a pre-test and a post-test to workshop participants. Survey questions target their attitudes and beliefs about math and social identity. The survey also includes a math assessment.

During our 2018-2019 GEM program, a total of 17 girls completed both the pre-test and the post-test. We compiled survey data and began preliminary analysis. In our early data, the middle school participants showed improved performance on the mathematics assessment. Students were given three math problems requiring critical thinking and reasoning. These were each scored on a scale from 0 to 3.

Participants also demonstrated an increased belief that innate sex difference do not cause the gender gap in STEM. We also saw movement on measures of confidence. As part of the survey, the girls rated how confident they felt about their answers to four math problems. We saw an increase in both overall math performance and average confidence. However, confidence was not correlated with correctness (students were sometimes confident on problems that they answered incorrectly, but lacked confidence on problems they completed successfully). In survey responses, we also saw an increase in growth mindset attitudes. However, we documented a consistent use of “fixed mindset” language throughout the workshops.

When we asked the GEM participants about the most important thing they learned throughout the year, they told us: “My gender shouldn't hold me back from being in a STEM job,” “Be confident in what you love to do,” and “That being a girl is important and so is what we do.”

In the first series of workshops, we saw participation taper toward the end of the program. In the Spring 2020 workshops, we targeted consistent attendance by using multiple platforms to communicate with parents. We increased the number and frequency of workshops to maintain rapport with the middle school girls. There was a noticeable improvement in attendance as a result.

Based on the content that they study during our Fall semester course, the workshop mentors are responsible for planning math activities and gender discussions for middle school workshops. For 2019-2020 we worked on encouraging the undergraduates to feel a sense of ownership of the materials used by the middle school girls. We updated the Fall semester course to include specific strategies for writing compelling activities and facilitating problem-based learning. Our Fall curriculum included both a midterm exam and a final exam in which undergraduate pairs presented mock workshops. We also implemented weekly “kudos” to highlight our mentors’ efforts and to encourage them to keep up the good work! 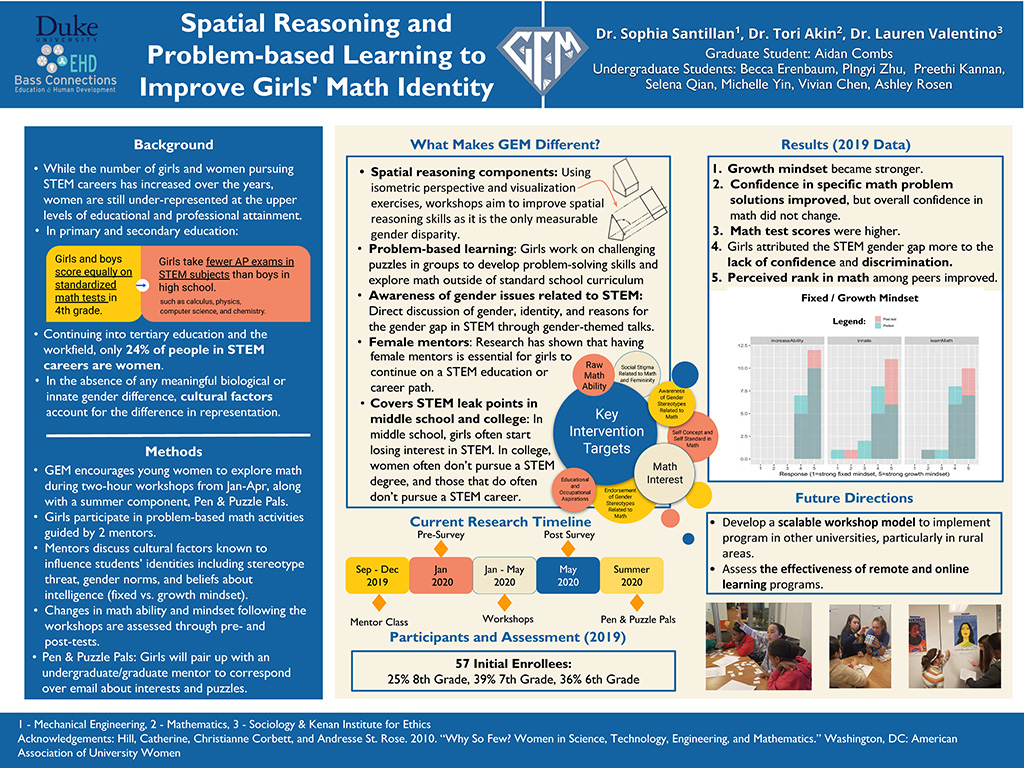