WearDuke is a campus initiative that aims to promote health awareness and engagement by helping Duke students establish healthy behaviors and enabling student-centered research and learning opportunities. Initially focusing on sleep behaviors and health, WearDuke conducted their first pilot in a single first-year residence hall with the goal of expanding to the entire incoming first-year class in 2022-2023.

Our project deliverables included a companion app, website and focus groups. This year, we focused on analysis of pilot 1 data and conducting a literature review of mHealth studies.

Our Pilot 1 study assesses the feasibility and acceptance of wearables to measure health behavior and to identify trends in health behaviors in college freshman. All students were provided with an Apple 3 Watch and had access to a study companion app. Wearables data and survey data (collected through weekly surveys administered in the app) were collected.

In addition to analyzing the pilot 1 data, we conducted a literature review on the use of technologies in promoting health and well-being among young people. 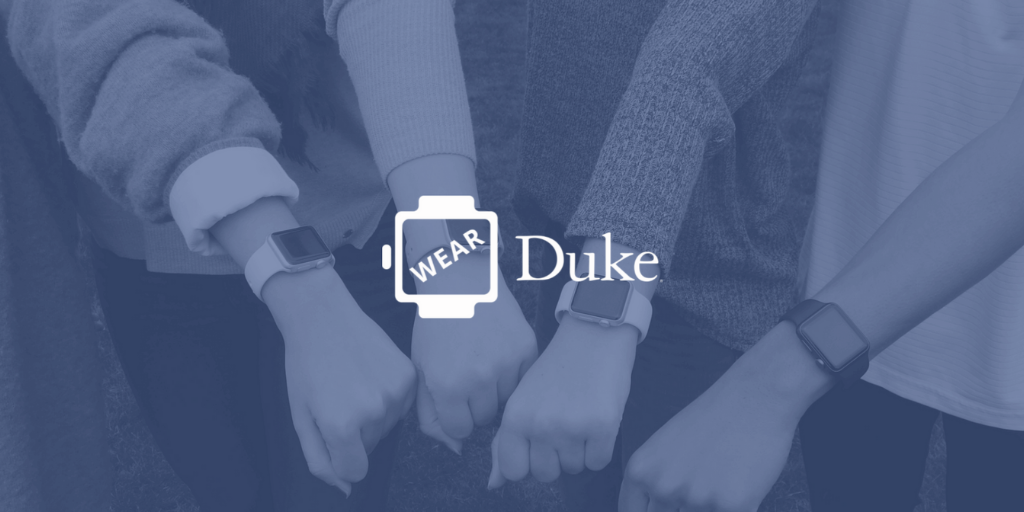 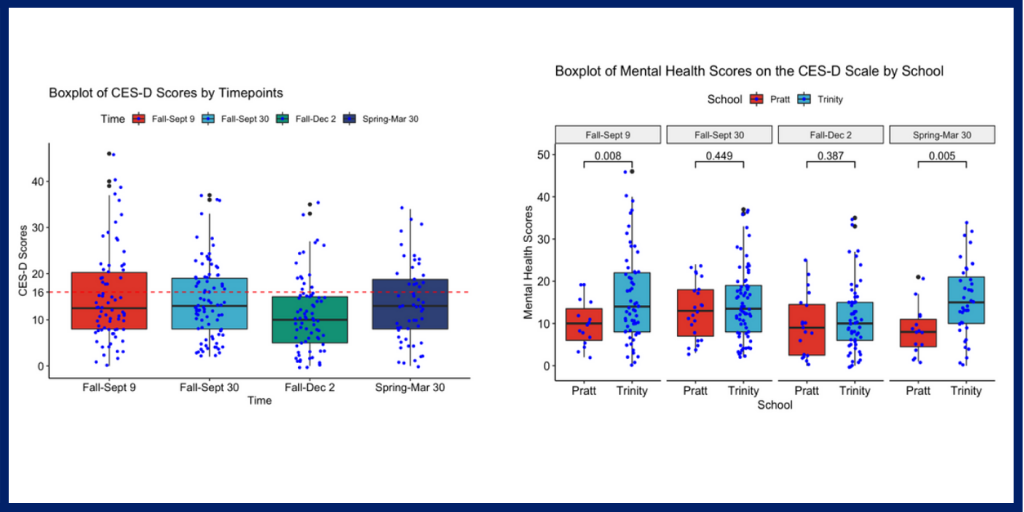 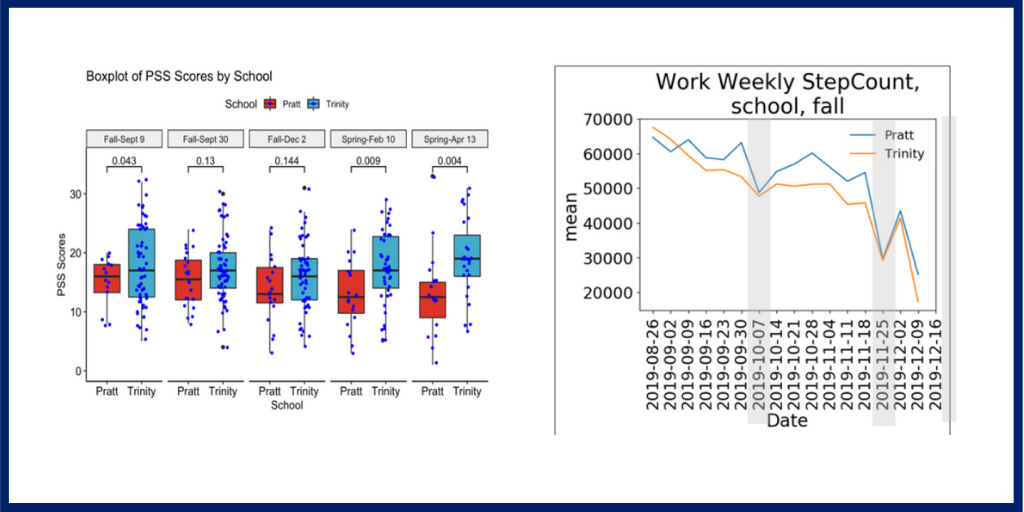 “I love the independence we are given as a team to decide on the direction of the project. I also love how many diverse skills I’ve learned since joining the team - from project management, leadership, data analysis, app and web design, to writing a literature review." -Christine Wang, Undergraduate team member for three years

“The longevity of this project is part of what has made it so rewarding. By being a part of this team for three years, I have created strong relationships with my mentor, Dr. Susanne Haga, and my fellow undergraduate teammates. In addition, I have been able to see this initiative grow from the design of the research project in year one, to the implementation of the study in year two, to the analysis of the data in year three.” -Sarah Bond, Undergraduate team member for three years

​“My favorite part about being on this team was how we collaborated to turn a wearable technology idea into a successful pilot program with tangible results. I’m excited to see how we can implement what we learned in our pilot program into future well-being on Duke’s campus.” -Nathan Parikh, Undergraduate team member for three years

“The people on the team are the highlight of WearDuke. Hands down. Working with Dr. Haga and my fellow team members has been such a privilege; the undergraduate members come from a variety of disciplines and backgrounds, which make their insights so salient. I never ceased to be amazed by the other kids on the team, and - of course - Dr. Haga and all she’s done to mentor us.” -Shrey Majmudar, Undergraduate team member for two years

“I originally joined this project with very different expectations, and thought I’d be doing work I’d be a bit more familiar with. Though I was initially intimidated by the unknown, as I had never conducted research before, being on this team has instilled in me a sense of confidence to succeed in things completely out of my comfort zone.” -Sabrina Pin, Undergraduate team member for one year

COVID-19 completely altered our plan for Pilot 2. Instead of introducing mHealth interventions to two freshman dorms and providing those dorms with wearables, the interventions were given to any undergraduate or graduate student interested in participating. Data was collected from surveys instead of from wearables. 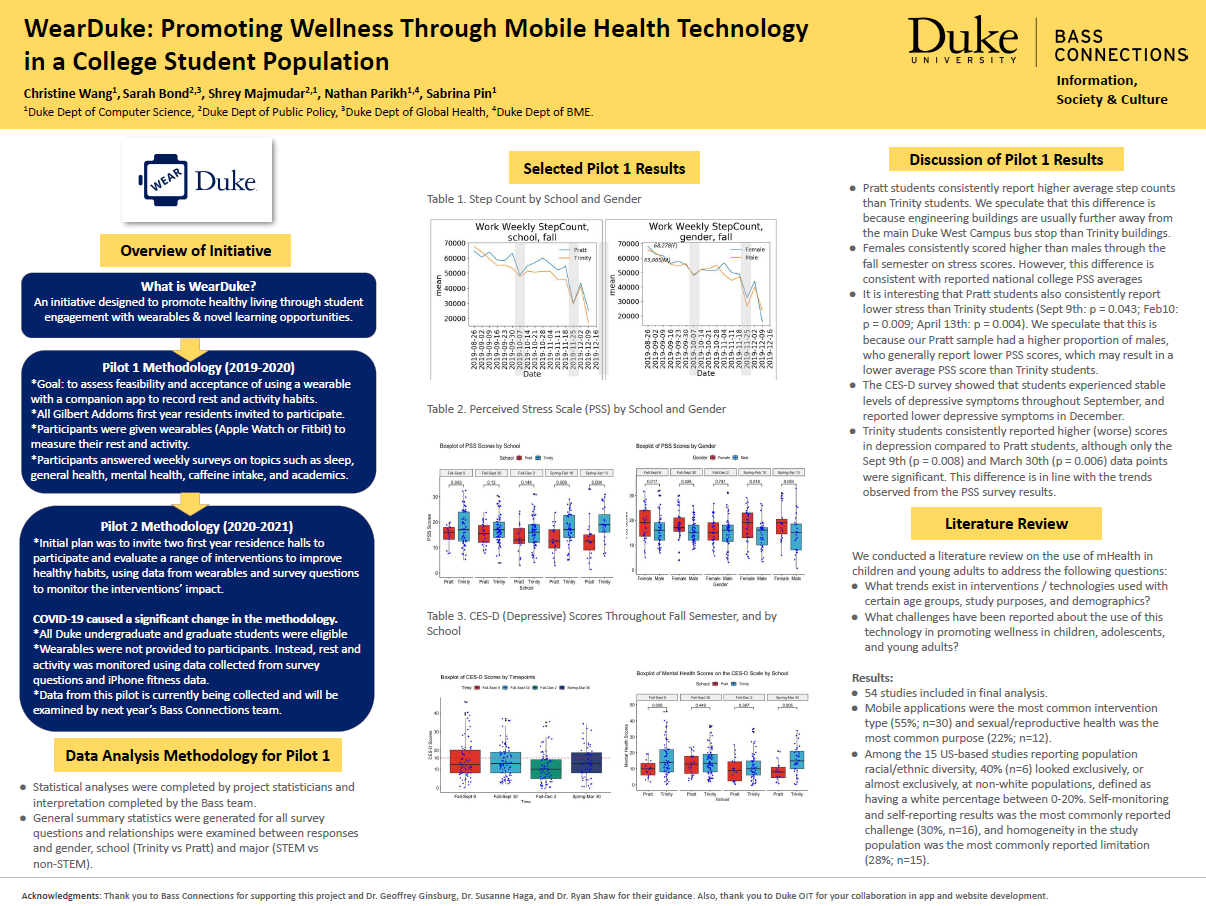