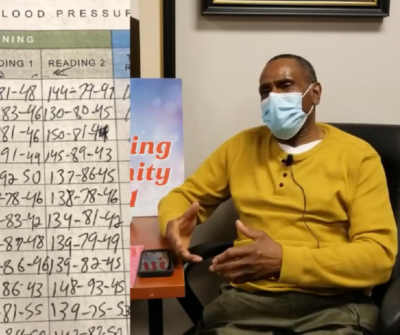 Hypertension is a leading cause of death and disability in the United States and affects over 116 million adults, with direct costs projected to exceed $220 billion by 2035. More than a third of Americans with hypertension are not aware they have it. Despite interventions that have been proven effective, only 48% of those diagnosed have their illness controlled. To make matters worse, disparities are well documented in hypertension treatment, control and outcomes. The burden of hypertension is exacerbated among minorities; prevalence among blacks is much higher than non-Hispanic whites, and deaths attributable to hypertension are over twice as frequent among blacks as whites.

Two hundred fifty-eight Black men with severe hypertension seen at Lincoln Community Health Center were identified. A team of undergraduate and graduate students made outreach calls to these patients offering hypertension education and counseling along with a free blood pressure cuff. Of the identified patients, about half were able to be reached via phone, and most agreed to participate in the program. 82 blood pressure cuffs were distributed to patients free of charge. For those men who received a blood pressure cuff, about half began using it consistently and reported at least one self-measured blood pressure to their student caller. Students made follow up calls offering education on the health effects of hypertension and evidence-based strategies to lower blood pressure. Students also made referrals to resources at Lincoln Community Health Center that could help their patients manage their chronic conditions and address social determinants of health. There were four educational calls as a part of the program. Patients who successfully completed all 4 calls and received a blood pressure cuff were designated as “Hypertension Heroes”, stewards of health management and wellness in their communities. Twenty eight men achieved this status and received commemorative certificates in the mail.

Men who engaged in the program began self-monitoring their blood pressure more frequently. Upon follow-up calls in the spring, many individuals were still using their blood pressure cuffs consistently. The student calls were well-received among patients who appreciated the individualized coaching and partnership, as well as students who gained insight into the patient experience and developed a deeper understanding of the barriers to chronic disease management.

"The excitement of making a direct impact on members of my community is something that has always driven me towards the field of medicine, and through this project I was able to do just that.” –Ashwin Gadiraju, undergraduate team member

Future efforts will focus on transitioning a virtual program back to in-person classes as the COVID-19 pandemic subsides. A virtual zoom-based course for patients with hypertension is currently under development. Funding has also been secured to expand the intervention to Spanish-speaking patients and women.

Closing the Gap on Health Disparity in Hypertension: A Quality Improvement Intervention on Self-monitoring of Blood Pressure in Black Men 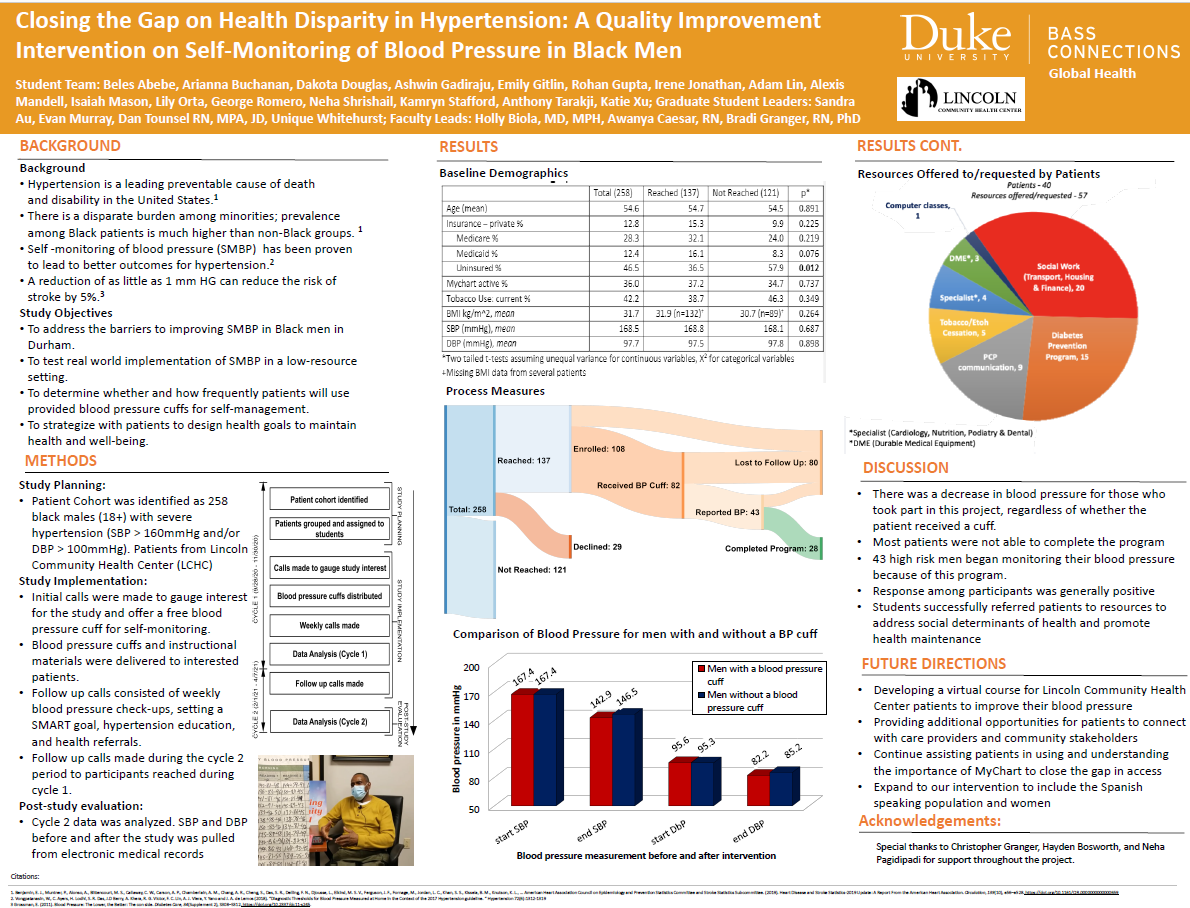