Developing a Strain of Bacteria to Degrade Plastic Waste

By 2025, we may be throwing away over 2.2 billion tons of plastics each year. Yet, despite the staggering volume of plastic debris produced annually and the clear environmental and human health impacts, plastic waste continues to accumulate.

In its second year of work, this project team continued to address the urgent need to develop novel strategies to combat bioaccumulation of plastics. To do so, the team worked to leverage newly identified enzymes to create a lab strain of bacteria capable of rapidly degrading plastic to restore environmental health and conserve marine biodiversity. The team used adaptive selection to identify high-efficiency plastic-degrading enzymes, identify additional plastic-degrading enzymes and test if plastic acts as a carrier for environmental toxins. This work creates a new way to protect oceans and conserve biodiversity.

Learn more about how sea animals are impacted by eating microplastics through this article by graduate team member, Zoie Diana.

Check out what student team members had to say about team leader, Jason Somarelli, one of two faculty winners of the inaugural Bass Connections Leadership Award.

Identification and Characterization of Potential Plastic-degrading Enzymes in Microbial Genomes

We sought to identify potential new polyethylene terephthalate degraders within microbial genomes from publicly-available databases by searching for the presence of known functional domains. Through the filter, we isolated 1,141 proteins and one organism that possibly require further investigation. 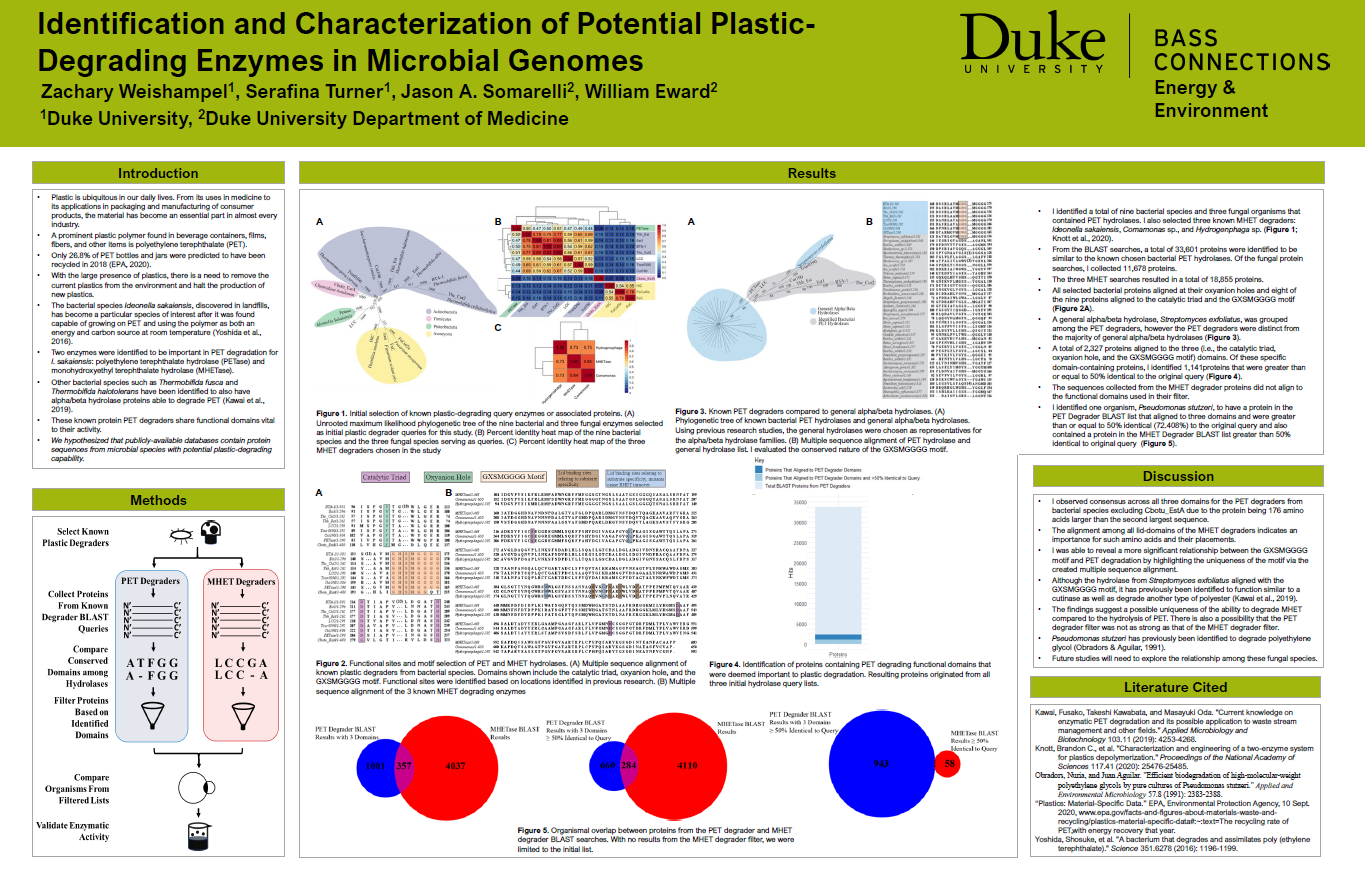 Plastic Additives and Their Unknown Dangers to Human Health

As plastics become increasingly ubiquitous in our society and in our natural environment, understanding the health risks to humans and wildlife is critical. Of particular concern are the chemical compounds added to plastic to improve functionality, known as plastic additives. For the present study, we compiled a list of over 1300 commonly used plastic additives and evaluated their cancer-causing potential in humans using three well-known chemical databases. Our study identified a dearth of knowledge about plastic additives and their carcinogenicity, which suggests an urgent need for further research. 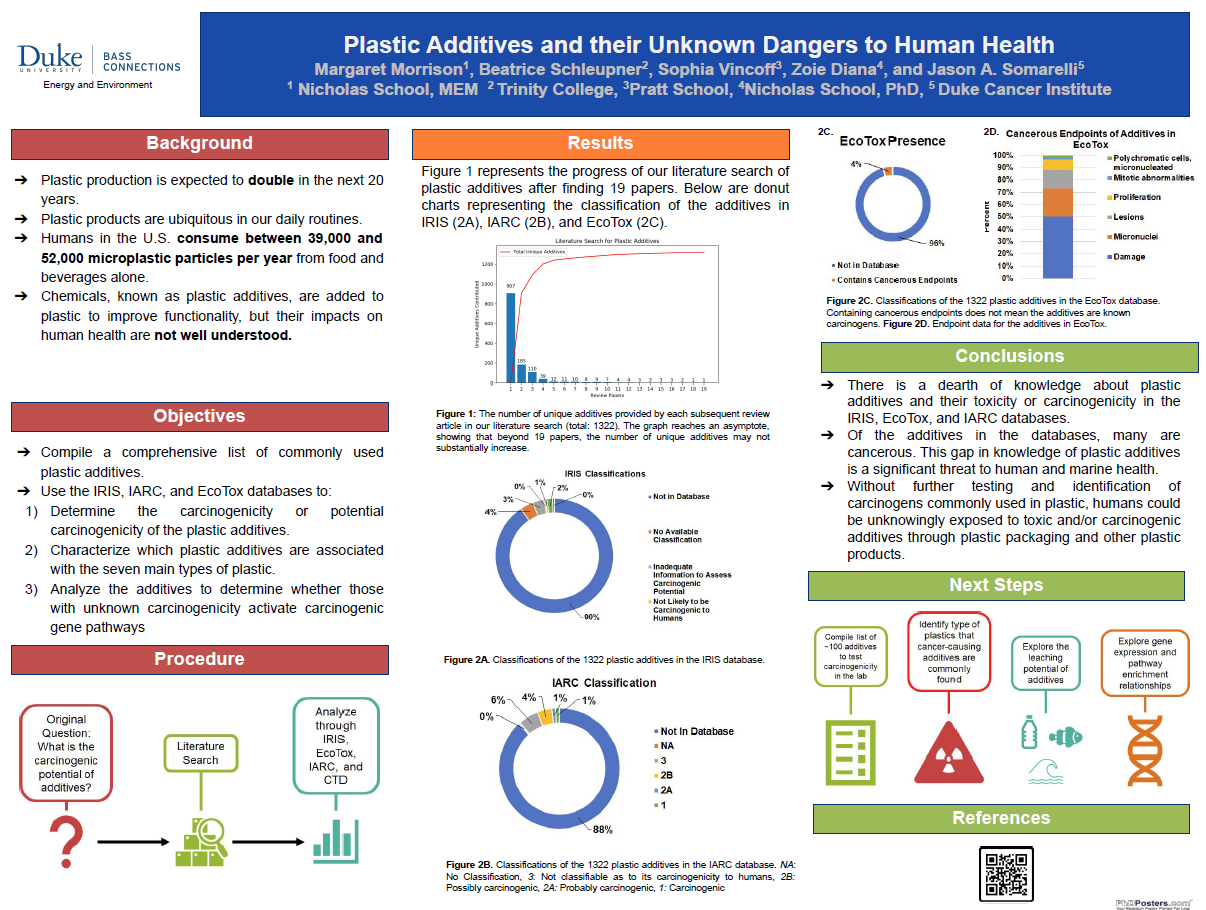 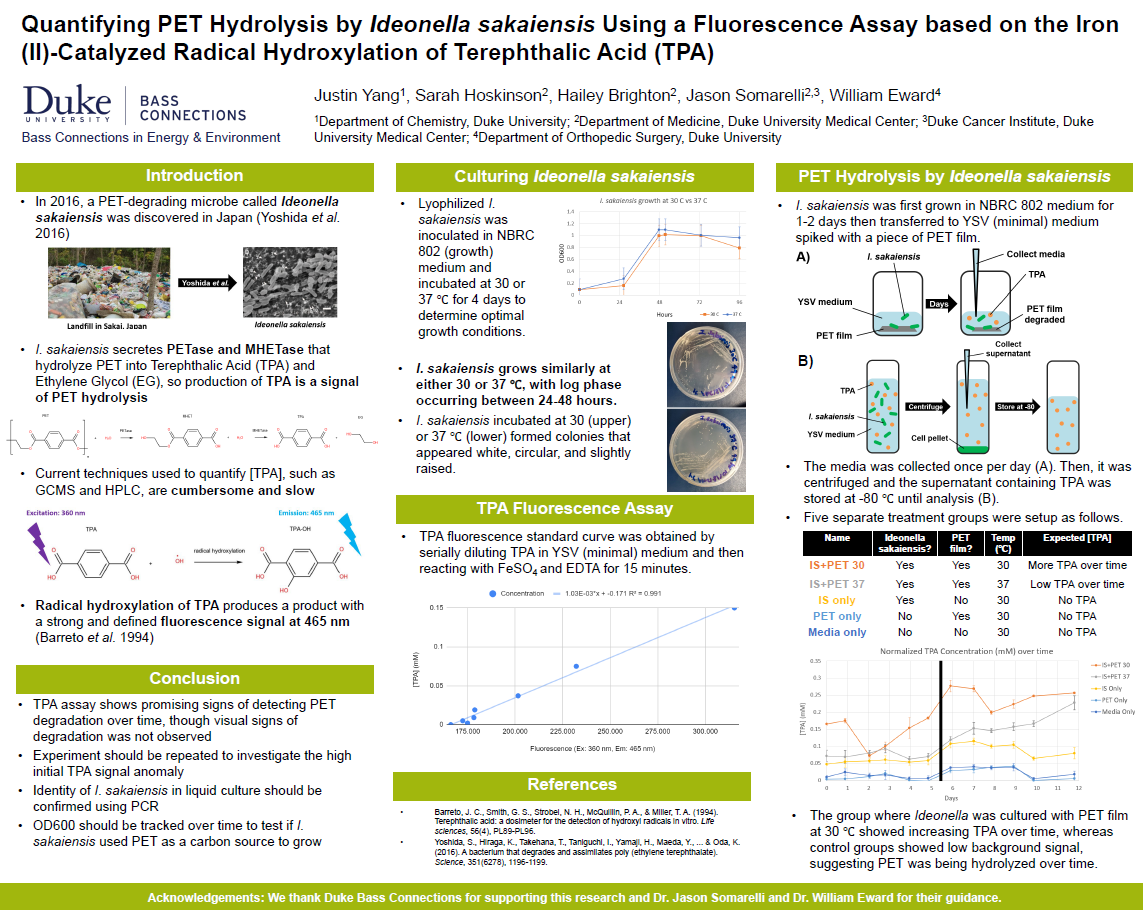