When I read about this Bass Connections project in an email, I bookmarked the tab. Every time I opened my laptop, I thought about applying.

As a sophomore, I was deeply interested in marine science and the impact that climate change will have on our coasts. I wanted to get involved in research, and I wanted to learn with people in different fields. This project fulfilled all those interests, but I was afraid I didn’t have the skills.

As an English major, I was much more comfortable writing a paper on Shakespeare’s tragedies than I was coding anything. But I think that is the value of Bass Connections: it’s ok to get out of your comfort zone. You may not be an expert, but you are curious. You bring a different perspective, and that is just as valuable.

Challenging and rewarding, the following year would be one that I am continually grateful for. Formed in response to Hurricane Florence, our Bass Connections project team explored how remote sensing technology can be applied to monitor coastal ecosystems facing sea level rise and intensifying hurricanes due to climate change.

After a semester of background reading and learning, I had the opportunity to spend the summer researching at the Duke Marine Lab in Beaufort, NC. My team and I spent the majority of our days in a lab room named “The Cove.” Some days in The Cove felt incredibly fast. Other days felt admittedly slow as we waded through research papers and code, trying to refine our research questions. I often feared that I wouldn’t be able to contribute meaningfully. I was studying coastal resilience, but I was learning a bit about personal resilience as well.

I began to find beauty in the fact that we could know so much about what happens on earth from satellites tracing lines in space above us – that wavelengths of light could tell us where plants were blooming and where they were dying. From satellite imagery of Eastern North Carolina, I could see cities encroaching, marshes receding and sand dunes eroding. Not only could I see these changes, I could measure them. 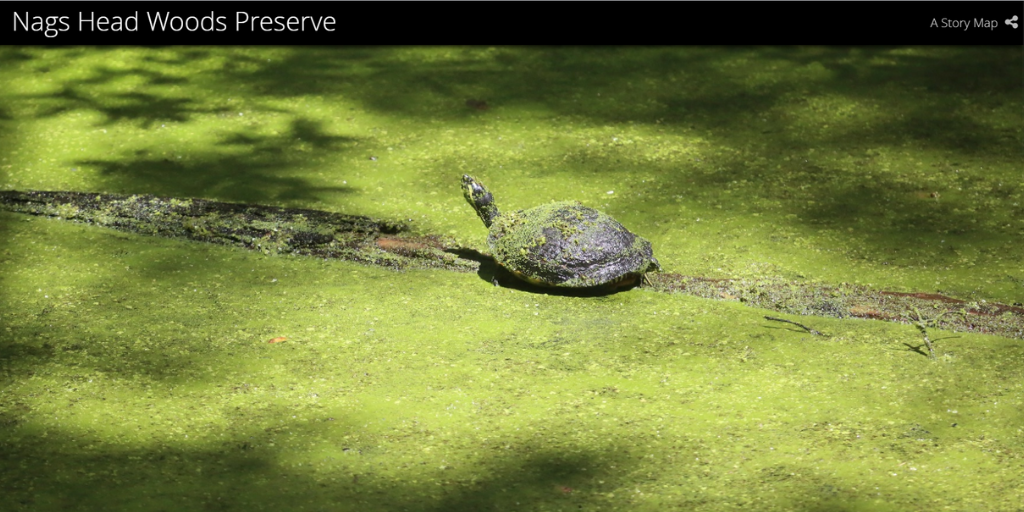 Nearing the end of the summer, I decided to focus my research on Nags Head Woods, a preserve bordered by two large sand dunes on the outer banks of North Carolina. I did field work in Nags Head and translated my research into an interactive StoryMap.

As I write this reflection, it has been a year since my summer at the Marine Lab – I certainly miss it. This summer, I am interning with Rachel Carson Council, where I am contributing to a new edition of Carson’s first book, Under the Sea-Wind. I am also developing an Oceans and Coasts program for the organization. I truly do not think I would have this opportunity had it not been for Bass Connections. Now, as I re-read Under the Sea-Wind, I am transported back to the coast of North Carolina through Rachel Carson’s writing.

Special thanks to our team leader, Patrick Gray, and everyone in the Marine Robotics and Remote Sensing Lab who made this possible.