When I Was a Stranger: Immigration, Preaching and Religious Imagination (2020-2021)

The Duke Chapel Recordings Digital Archive contains sermons by leading American theologians, scholars and pastors who preached at Duke Chapel between the 1960s and 2001. Additional materials (2002-present) are being added to the Archive in an ongoing effort to create a complete history of preaching in this location. While the Archive paints a rich historical picture, it is also a generative resource for contemporary research on the role of preaching in shaping religious imagination and defining culture and community,including earlier projects that have focused on preaching and protest from 1960 to 1964 and minoritized bodies in the pulpit.

This project considered how preaching has addressed important questions of hospitality, demographic change and public policy for a religious tradition in which “the other” is often presented as a revelation, a gift and/or the presence of divinity in the midst of human society. In its analysis of sermons preached around themes of displacement, immigration and citizenship, the project team identified three areas of concern:

This led to a series of homiletic, rhetorical and performative questions that researchers engaged throughout the second half of the year with immigrant advocate pastors, storytellers and documentary film makers:

The team created recorded interviews with two of these advocates, analyzing particular sermons in the Duke Chapel archive through the lenses of intersectionality and immigrant experience.

An individual project was also created that examined how sermon form and the place of the pulpit impacts the depth of sermonic engagement with immigrant experience. Crystal Chui's Reimagining the Sermon: Stories of Immigration analyses a sermon in the Duke Chapel archive through the poetry of three immigrants and engages her subject performatively by reading one of the poems from the Duke Chapel pulpit itself. Her work moves from analysis to embodiment, bringing immigrant voices into the Chapel space.

When I Was a Stranger

Reimagining the Sermon: Stories of Immigration

Immigrant Voices at the Pulpit: Poetry Reading at Duke Chapel

Preaching in Time and Place

"Am I Still a Stranger?" Reflections of an Immigrant Preacher Cristal Jiménez

Immigrant Voices at the Pulpit: Poetry Reading at Duke Chapel

A Look into a Living Tradition of Preaching at Duke Chapel 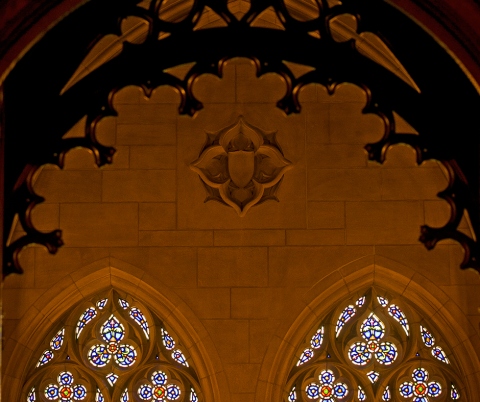