This team aimed to make energy visualizations more accessible to the public through performance. An earlier version of this project team created a portable performance environment that is able to project images and sound into the local scene and respond to and record the local ambience.

In 2017-2018, team members created several live interfaces, including a wearable technology that created sounds based on velocity data gathered from a performing dancer in an interface designed by Quran Karriem. The sounds heard were a sonification of appliances in use at the Duke Smart Home in an interface designed by Matthew Kenney. Duke Researcher Kyle Bradbury offered pointed commentaries about how our energy choices matter. Visual interfaces created by Rebecca Uliasz and Summer Dunsmore animated information and imagination spaces in response to the performer’s motions.

Performers for this piece were drawn from the Pratt Engineering/Dance Course Performance and Technology, led by Martin A. Brooke and Thomas F. DeFrantz.

Visualizing Energy Use through Performance

Student-produced Performance Illuminates Links between Energy, Technology and the Body

See earlier related team, Performance in the Community (2016-2017). This project was selected by the Franklin Humanities Institute as a humanities-connected project 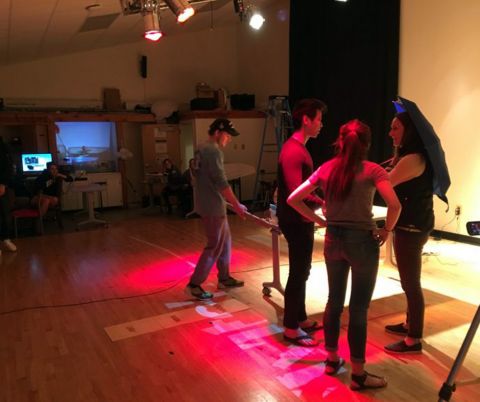