In concert with the North Carolina Lead and Healthy Homes Task Force, this Bass Connections project produced the first city soil-lead map in the state. These maps served as tools to identify lead hotspots and guide management of aging construction and new developments. In addition to generating the first soil maps in this region, this study also helped guide city managers in identifying and assessing new sites for greenways, recreational areas and tree planting.

The team sampled urban soils in public spaces, parks, streetside right of ways, and in and around private homes across the city. They have also mapped Duke University’s East campus using a portable X-ray fluorescence analyzer. The team has analyzed nearly 1000 soil samples for lead and other chemicals and can report that although it has been nearly 50 years since lead was phased out of gasoline and fresh paint, the legacy of that lead is still found in the city’s surface soils with highest concentrations around foundations of homes older than 1980, and along streetsides of streets with historically high traffic. The work supports a hypothesis that urban soil lead is decreasing in concentration over the decades but that lead hotspots remain behind because of the chemical immobility of lead in most soils.

Legacy of Lead in the Soils of Durham

Lead Levels in Urban Soil are Declining but Hotspots Persist 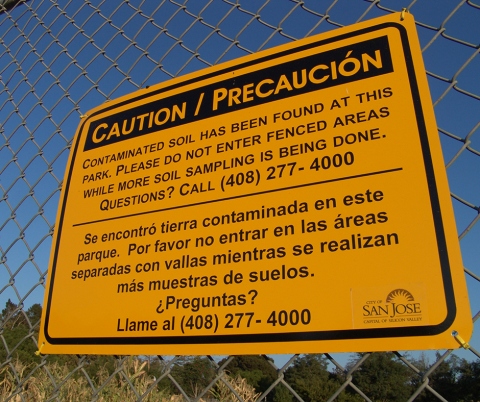