Informal small-scale gold mining in Ghana typically occurs in shallow pits where earth material is removed, crushed, washed, amalgamated with mercury and then burned to extract trace amounts of gold. Airborne exposure to mercury that is burned through the mining process has serious permanent health impacts for both individuals who work directly in mining, as well as members of their households and inhabitants of the surrounding communities.

This project team assessed the health and well-being of informal gold miners in the Amansie West District of Ghana in partnership with Millennium Promise (MP) Ghana. The team designed, implemented and analyzed an observational, mixed-methods study to describe small-scale gold mining in Amansie West. Through a comparison of miners, their household members and non-mining community members, team members found that small-scale goldmining is primarily motivated by poor educational and economic prospects and its effects have implications for food production and human and environmental health.

The Socioeconomic Drivers of Galamsey in Amansie South, Ghana (poster by Ahmad Tejan-Sie)

Meet the Winners of the 2020 Bass Connections Student Research Awards 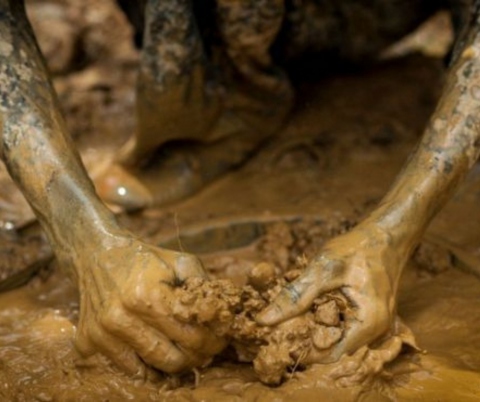