Growth Mindset in Bangladesh: Evaluation of an Intervention to Increase Learning in Schools (2017-2018)

Growth mindset interventions, which aim to increase individuals’ perceived abilities to learn, aim to teach students that intelligence is not fixed, but is something they can increase with the right effort. These interventions also teach a related concept that failure on any academic measure should not be viewed as a judgment of students’ overall ability but rather an assessment of their previous work and a valuable input for optimizing future study time.

In Fall 2017, this team carried out a growth mindset intervention in two secondary schools in urban Dhaka, Bangladesh, in Fall 2017. One thousand two hundred secondary school students from four schools were enrolled to participate in eight one-hour weekly intervention sessions. Students’ monthly math and English test grades served as the team’s performance measure. A baseline and endline survey were taken, and other administrative data was collected to assist in evaluating the intervention.

Preliminary analysis of data suggested that the growth mindset intervention group had a slightly higher increase in quiz scores than the control group. Although the increase was small, the team found it to be practically significant and useful when considering the financial cost of helping students perform better given a limited budget. Findings also pointed to new questions, such as how gender relates to the intervention and how the intervention can be assessed in areas other than quiz scores.

Growth Mindset in Bangladesh: Evaluation of an Intervention to Increase Learning in Schools (talk by Matheus Dias and Hillary Song), EHDx, April 19, 2018 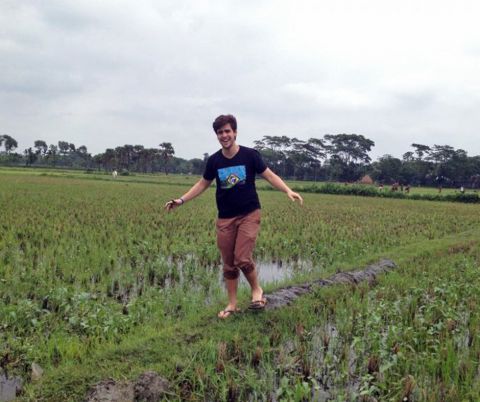