Physical activity and exercise have emerged as important factors associated with lower risks of cognitive decline in normal aging and neurodegenerative disease. Recent advances are providing clinical evidence for the efficacy of exercise in preserving brain function in humans and devising novel therapeutic strategies that include exercise for treating neurological conditions. However, despite evidence for sex differences in the effects of exercise on cognition and brain physiology, few studies have focused on the molecular and cellular mechanisms through which exercise differentially affects the male and female brain, and few exercise therapies have optimized programs for men and for women.

This Bass Connections project team investigated the ability of exercise to delay or attenuate neurodegeneration and cognitive decline. Team members used a new mouse model of female aging that included menopause in an Alzheimer’s model mouse to assess the ability of exercise at specific stages of a female’s life to delay or prevent the development of Alzheimer’s neuropathology and cognitive decline. The team explored the cellular and molecular mechanisms that mediate the effects of exercise on the brain and periphery (e.g., skeletal muscle and heart), focusing on neuroprotection from cognitive aging, neurodegeneration and neurological injury. Team members also worked at the Durham Veterans Affairs Medical Center with patients with memory issues in an exercise-based program. The team plans to continue work in Fall 2019 with the hopes of publishing a large paper. 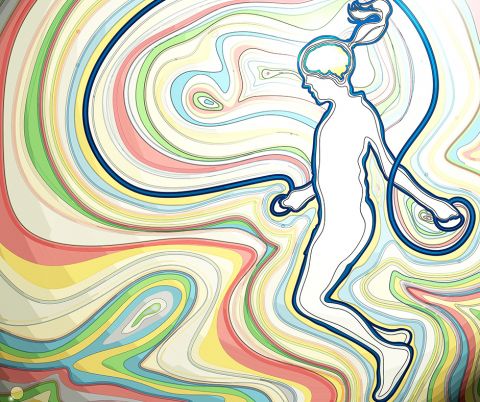