Environmental Epidemiology in Latin America: Impact of an Oil Spill in the Peruvian Amazon (2017-2018)

Over the past years, five large-scale oil spills have occurred in the northern Peruvian Amazon region of Loreto, resulting in over 7,000 barrels of oil being spilled into the rainforest, primarily near or in indigenous lands. Over 8,000 people from approximately 30 indigenous communities have been affected by the oil spills and interventions by government and industry have been slow, insufficient and short term, suggesting environmental injustice.

This team studied the relationship between vulnerability and risk perception of oil spills with environmental justice issues. Team members traveled to Peru for eight weeks of field work in Summer 2018 and evaluated exposures to PAHs following the oil spills in invertebrates, sediment cores and humans. The team also conducted a case-control study to examine differences in oxidative stress, spirometry and asthma, obesity, hypertension and kidney function among people who “volunteered” to clean up oil spills and those living near oil spills.

How U.S. Demand for Gold Jewelry and Bullion Is Poisoning Children in the Amazon 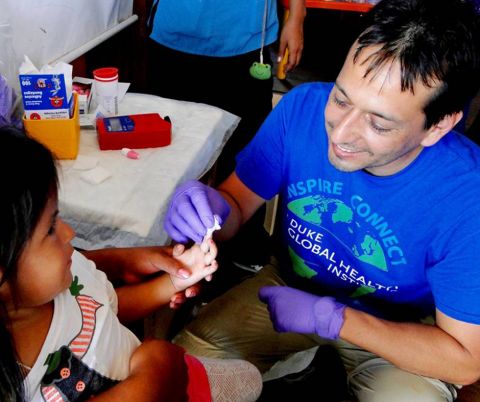