AvH250: Imagining Interdisciplinary Research for the 21st Century from a 19th Century Perspective (2019-2020)

Alexander von Humboldt (AvH) was a 19th-century German scientist most noted for bringing together different scientific and historical perspectives on Earth and the environment in his seminal multivolume work, Kosmos. At its core, his research sought to unify disparate fields of science, knowledge and culture.

This Bass Connections project was rooted in a cross-disciplinary exploration of the history of AvH toward imagining how future interdisciplinary scholarship can be performed. Key aims were to:

Image: Alexander von Humboldt and the university, by Sami, licensed under CC BY-NC-SA 2.0 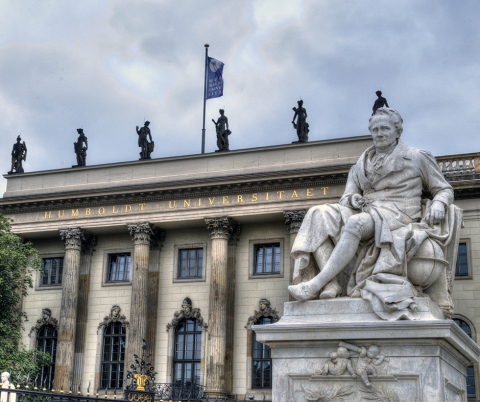