This project team examined how dolphins use energy to solve cognitive problems and how the perception of dolphin intelligence by the public shapes attitudes toward their conservation.

The second study included an experimental survey of visitors at the Dolphin Research Center to evaluate whether the perception of human-like cognitive skills in dolphins influences visitor attitudes and conservation-related behaviors. The project team conducted an experimental survey in which half the visitors were shown a presentation highlighting similarities between dolphins and humans, including cognitive similarities, while the other half were shown a presentation with differences. Researchers then assessed how this framing alters visitor attitudes and their tendency to donate to the center and dolphin conservation.

Is All That Brain Put to Use? A Study of Daily Energy Expenditure in Dolphins (poster by Ahmad Amireh, Chana Kaufman, Hannah Salomons, Rebecca Rimbach, Brian Hare, Herman Pontzer)

Senior Spotlight: Reflections from the Class of 2022

Dolphins Get 40s Flab, Too 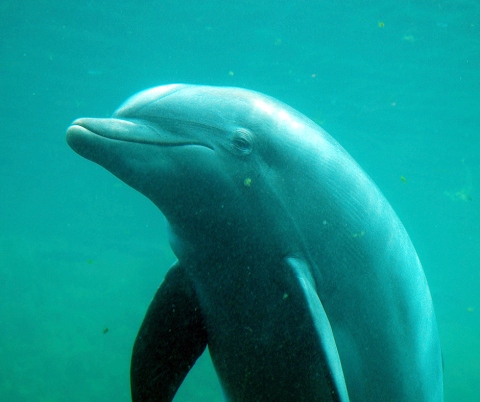