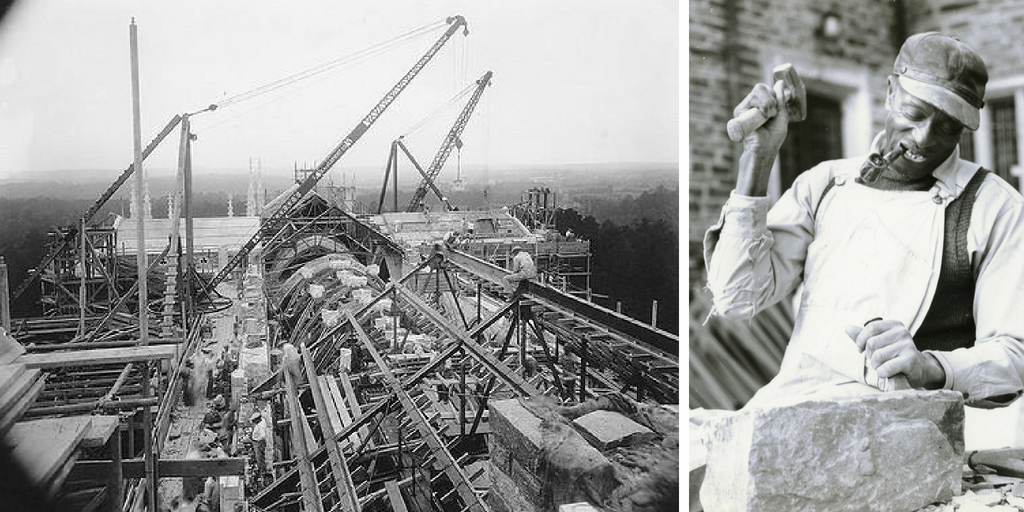 Last summer, a statue of Confederate General Robert E. Lee was removed from the entrance of the Duke University Chapel. Many people hadn’t realized it was there, and University Archivist Valerie Gillispie was among those who joined in what she calls “a campus conversation about how we remember our history, what we know about our history and what we don’t know about our history.”

She was a guest on WUNC’s radio show and podcast, The State of Things, on July 2. “Through discussions over the past year, the idea to look into the laborers who actually built our iconic building came up,” Gillispie told host Frank Statio, “and we decided to take advantage of a summer research program to make that happen.”

Story+ is offered through the Franklin Humanities Institute and Bass Connections, in partnership with Duke Libraries and Versatile Humanists at Duke. Led by graduate student mentors, undergraduates work in small teams to tackle qualitative, humanities-based research on topics suggested by project sponsors.

“We found old ledgers that told what the payroll was and who was working on a particular week for what wage,” said Gillispie, “and the students really took it from there.”

Waring, a rising junior, joined Gillispie on The State of Things. “We discovered that black workers bore the brunt of the economic turbulence of the period,” she told Statio. “They earned about 68 cents on the dollar to their white counterparts. They were also working more hours per week than the average. The state and the white union boards would deny them licenses. That also affected the pay disparity.”

One of the few black stonemasons known to have worked on the chapel and other buildings on West Campus was Lucius Jeter. “He appeared to have worked in Durham all of his life and given decades to the construction of Duke University,” Waring said.