What Community Is, and Can Be, for Refugee Youth in Durham

How do refugee youth create a meaningful and dignified life after resettlement to the United States? How can youth civic engagement programs promote a robust sense of citizenship and improve college readiness among refugee youth?

Based at the Kenan Institute for Ethics, a Bass Connections project team called Citizenship Lab brought together Duke faculty and students to explore these questions with 30 young refugees who attend Githens Middle School, Jordan High School and Riverside High School.

“I study civic education theoretically,” said Ph.D. student Alex Oprea, “but I never would have gotten such a hands-on experience as a grad student without this.”

This hands-on experience came with a learning curve. “Our initial approach was to work through American politics and citizenship, talking about local politics, going to local elections,” said Elizabeth Wilkinson ’18, “but we found that the kids weren’t engaged and they didn’t really feel attached to what we were doing.”

The team grappled to understand what wasn’t working and why. “We came to learn that a lot of ways we approached these students initially were completely wrong,” Wilkinson said. “We thought of them as a singular community, whereas there are a lot of differences between the communities, a lot of tensions, a lot of different experiences. We [also] realized that we were talking too much, and they needed to be more active in creating what we were going to do together.” 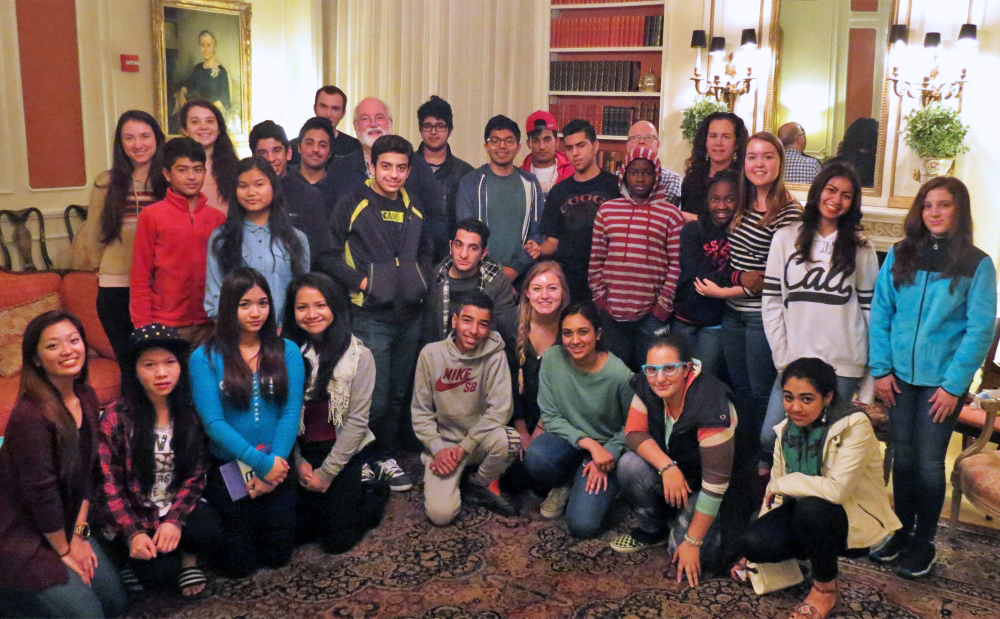 Applying these insights, the team members adopted a new approach: “We understood that these young people need more connection and a sense of community here,” Oprea noted. “We asked them about what community is and can be.”

“In January we started giving the kids cameras every week,” explained Elizabeth Tsui ’17. “They would go home and take pictures of what they felt represented community to them. In addition, we wanted them to really think about the definition of community. What exactly did it encompass for them? Is it part of the food, is it part of the culture, and what things do they feel are missing in the community?”

In a series of photo essays, 13 young citizens-in-the-making reflect on their communities. Meet Thel, Mimi, Brenda and Saladine in this video and view panels from the exhibition.

Community Is and Can Be remains on display in the Keohane Kenan Gallery of the West Duke Building.

Additional support for this project was provided by the Silver Family Kenan Institute for Ethics Fund in Support of Bass Connections.