I am working on exploring the connections between energy and peace building by creating a film. After deciding that our movie will start with UNEP’s current engagement in Ogoniland, Nigeria, with my teammate Phia, I started to track the development of the current environmental disaster. In order to tell the story, we needed to understand the causes of the oil contamination.

Digging into the dirt of history is a process similar to untying a knot—grab onto the very end of the thread, follow the filament, and inch-by-inch reach the center of entanglement. I found what complicated the issue was, the knot we were looking at had at least four different strings going back and forth at each other.

The first string is the most tangible one. You can almost smell it, as you stare at smoke from makeshift refineries and slicks of oil along river banks: the ongoing oil bunkering. When Shell Petroleum Development Company of Nigeria was forced to stop exploration and production in 1993, it pulled its people out without clearing the infrastructure. This provided an ideal environment for oil thieves and illegal refineries to operate on Shell’s “gift.” The Federal Government of Nigeria reached the limit of its tolerance for these activities and requested a cleanup assessment from UNEP in 2006. Five years later, an assessment report was released. The number 30 in the sentence “the environmental restoration of Ogoniland is possible but may take 25 to 30 years” in the document immediately attracted attention. Rounds of lawsuits and finger pointing between the Ogoni people, Nigerian government and Shell ensued.

Following the first string leads directly to the second one. Since the Royal Dutch Shell Group established its first Nigerian venture in 1936, Shell has applied controversial maneuvers in order to fasten its grasp of Nigeria’s natural wealth. Leadership was involved and in 1990 things started to boil and bubble. 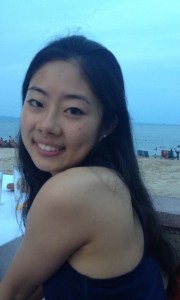 Bubbles formed rapidly once Ken Sarowiwa and his followers in the Movement of the Survival of the Ogoni People (MOSOP) emerged from silence. Despite Sarowiwa’s execution in 1995 and the government’s suppression of all aspects of social upheaval, acute violence chased Shell out of Ogoniland and returned the land of oil (in and horribly, above the ground) to the Ogoni people and the unremitting oil thieves.

The last thread has been kept invisible by interest groups and yet the environment has been screaming at us since the first trace of gas was flared and the first river became viscous. The people of Ogoni have been drawn in the deep water of God’s blessing. Richness in natural resources is a nation’s privilege, however, in the case of Ogoniland, it’s a curse that has lasted decades.

Unwinding the four layers of the Ogoniland land narrative and helping the Ogoni people tell their stories is a convoluted journey. Yet the clock is ticking and we have no choice but to keep chasing the truth.