Three Bass Connections participants are among the 14 Duke graduate students selected as this year’s Kenan Graduate Fellows, a program run by the Kenan Institute for Ethics. 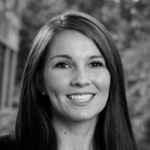 Mercy is a third-year PhD student in Public Policy. Her research focuses on the politics of the regulatory policymaking process, at both the US federal and international levels. Her specific research interests include stakeholder participation in rulemaking, regulatory and interest group strategy, and financial risk regulation. Mercy is a Graduate Scholar with the Rethinking Regulation Program at Duke’s Kenan Institute for Ethics and in that capacity engages in collaborative research on regulatory governance with a team of interdisciplinary scholars. She also leads the Rethinking Regulation Graduate Student Working Group and is a member of the Bass Connections Student Advisory Council. Before coming to Duke, Mercy worked as a policy analyst at Sandia National Laboratories, where she conducted complex systems modeling and analysis to inform federal policy. She also has professional experience with state and federal legislative policymaking and international economic development. Mercy holds a BA in Political Science and an MBA with a concentration in Policy Analysis, both from the University of New Mexico. 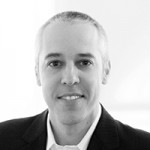 Daniel is a fourth-year SJD student at Duke Law School. In his research, Daniel explores the intersection between public law, policy and decision theory. Daniel’s dissertation investigates the evolution of impact assessment systems and, in particular, the recent adoption of ex post regulatory impact assessment by the US, UK, EU, and Australia. Daniel is one of the 2016 Duke Environmental Health Scholars and a Graduate Scholar with Rethinking Regulation at the Kenan Institute for Ethics, and a Fundação Estudar Scholar (Brazil). He is on leave from the Brazilian Ministério Público, where Daniel has worked since 2000 as an attorney overseeing state policy. During his career as an attorney, he has litigated high-profile cases, testified before the Brazilian Congress as a legal expert, and authored federal and state bills – predominantly of environmental law. He also worked as a legal intern at the Natural Resources Defense Council in California, working on legal and policy research. Daniel holds a BA in Law from UCAM (Rio de Janeiro) and an LL.M., cum laude, from Duke Law. 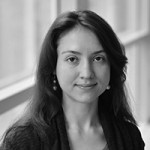 Alexandra is a fifth-year PhD student in Political Science, with a focus on Normative Political Theory and Political Philosophy. Her research focuses on the politics of childhood, adolescence and youth. Her dissertation addresses the history of different conceptions of children’s political status in European political thought from the 17th through the 19th century. She has an enduring interest in the role of political humor in shaping political culture and appreciates your emails with jokes, puns and gags in different languages and cultures.