“Few resources are dedicated to understanding refugee experiences upon successfully seeking asylum,” says Duke senior Anuhita Basavaraju. “Cognitive sciences have revealed that there is a neuropsychological basis for out-group vs. in-group bias, but little has been done to understand how such mechanisms can be altered.” After participating in the Bass Connections project Art, Vision and the Brain, she received a Follow-on Student Research Award to take her inquiry further. 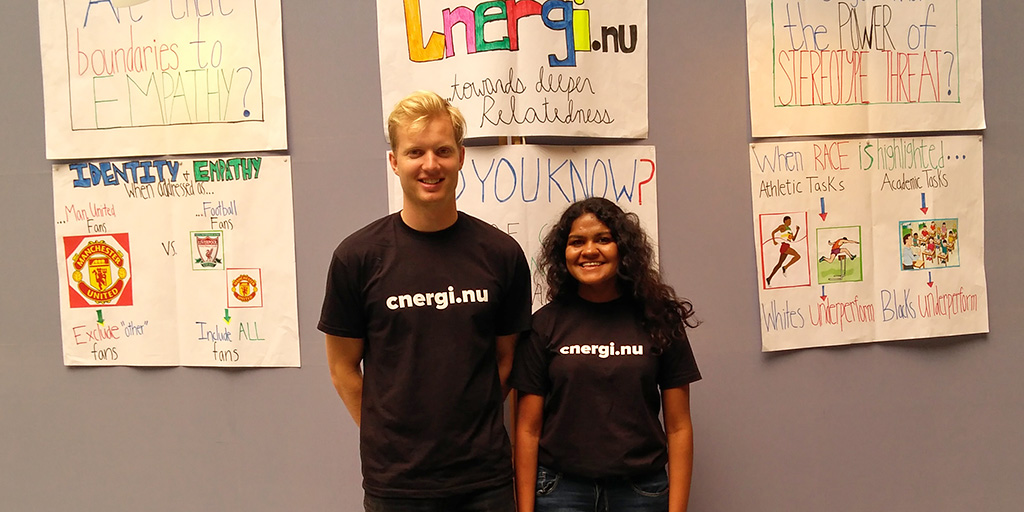 This past summer, I had the privilege of working in Copenhagen on my own research project. I am deeply interested in the application of cognitive sciences to addressing social problems; however, this is not a common path.

After studying abroad in Copenhagen during the Fall of my junior year, I was struck by the race relations between the brown (majority Muslim) and white Danes. The separation between the two groups is especially relevant because of the ongoing refugee crisis and Denmark’s history of taking in refugees.

I hypothesized that a big part of the divide between the two groups comes from a lack of empathy as a result of being separated from each other and a lack of direct communication.

This past summer, I conducted a research study to examine: 1. Whether there was unconscious bias levels present between the two groups; and 2. If they were present, is there a way to decrease them by fostering empathy?

While just two months is definitely not enough time to answer questions as complex as these conclusively, my results were definitely interesting.

The process we used was to take a group of brown Danes and a group of white Danes and have a narrative exchange between them. I found that after the exchange there was a significant decrease in unconscious bias levels overall and in the majority of participants. Of course, further investigation is necessary to ensure the scientific validity of my finding. I think of this past summer as the beginning of a pilot study.

Looking forward, this research will be a key component of my senior thesis, which I will be presenting next semester. I will be conducting more research with the help of my advisor, Dr. Elizabeth Johnson, on how faces of different races are viewed.

I’m not going to graduate school right away, but I hope to enroll in a Ph.D. program in the next few years to help unpack these complex and intriguing questions even more!

Anuhita Basavaraju ’18 is a Program II major exploring her self-designed study area of “Nature, Nurture and the Self.”