Students Interested in the Environment, Consider These Bass Connections Projects 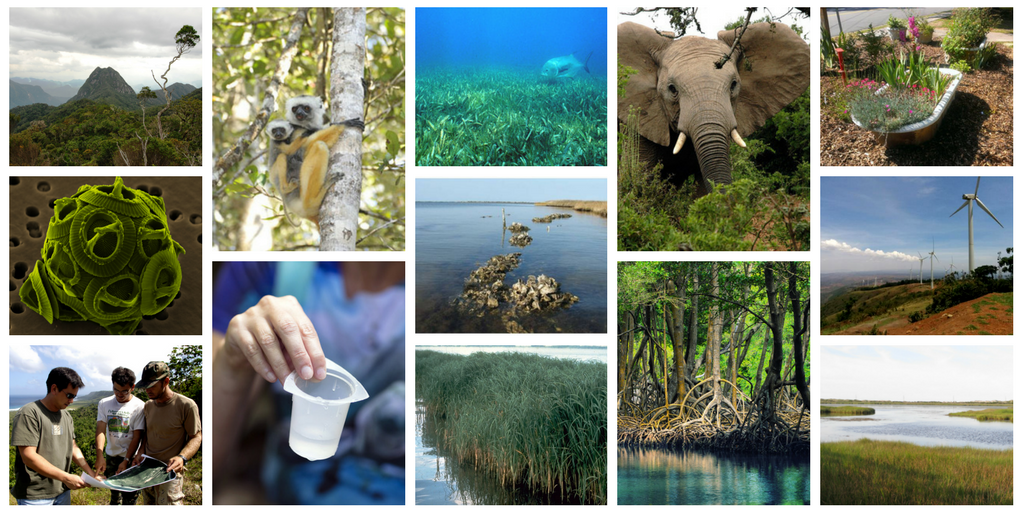 The 2018-19 Bass Connections project teams offer opportunities for graduate/professional and undergraduate students from all disciplines. For Nicholas School students as well as other Duke students interested in the environment, we’ve compiled a list of projects that are particularly relevant. This year there are more such projects than ever, and our Energy theme is now called Energy & Environment.

Applications are due on February 16 at 5:00 p.m. For more information about the application process, see our FAQs.

Stories of failing and inadequate water infrastructure in urban areas of the U.S. have caught the attention of the media and the public. Less attention has been paid to the ways in which the absence or poor quality of existing infrastructure can undermine health and economic opportunities in rural America. Lowndes County is illustrative of a host of social and environmental inequalities facing rural communities of color in the American South, including endemic poverty, lack of economic opportunity, hazardous health conditions and inadequate infrastructure. This project aims to understand the reasons for the lack of proper sanitation in Lowndes County, improve sanitation access in the county and explore racial and economic justice in rural America. (NSOE leaders: E. Albright, M. Mullin, E. Weinthal)

Coal in America: Chronicling and Analyzing Its Economic and Social History

An historically important energy resource, coal remains important in many parts of the country, but has experienced a severe decline. The advent of inexpensive natural gas has been a significant factor behind coal’s decline, but environmental regulations have likely played a role as well. However, there is surprisingly little research into the causes and consequences of this epochal transition in U.S. energy consumption. This project will address this gap by examining quantitative and qualitative data related to coal production, consumption and employment to better understand the social, economic and political dimensions of coal’s decline. (NSOE leaders: L. Bennear, B. Murray)

The technologies, processes and products we develop have impacts on our environment and health. Some impacts are intended; others are not. Policies adopted to regulate the risks of such developments may themselves pose unintended consequences. These complexities pose challenges for private innovation and public oversight, and present opportunities to improve understanding and decision-making. The goal of Decisions on Complex Interdisciplinary Problems of Health and Environmental Risk (DECIPHER) is to improve understanding of risks through the design, research and generation of a comprehensive profile motivated by a specific risk and then to expand the scope to include contexts, decisions and outcomes. This project will focus on decision scenarios related to drinking water quality. (NSOE leaders: L. Bennear, R. Di Giulio, M. Doyle)

Coastal habitats such as oyster reefs, salt marshes, seagrass and mangroves are essential for resilient communities but under threat from sea-level rise and anthropogenic disturbance. Our traditional reaction to encroaching seas is to modify the shoreline through the use of hardened structures. Only recently have we begun considering adopting the more natural living shoreline, which involves intertidal vegetation plantings sometimes coupled with oyster reefs as breakwaters. One of the largest hurdles is the dearth of knowledge of living shorelines’ resilience and the services restored shorelines provide. This project will work with governmental and nongovernmental organizations to create tools for coastline conservation practices. (NSOE leaders: D. Johnston, J. Ridge)

Access to electricity and other forms of modern energy is crucial to development. Yet about 1.1 billion people lack access to electricity, and another billion have unreliable access. While a number of public and private actors have entered the market, a substantial investment gap remains. Understanding the barriers to investment is essential for addressing the needs of the households, communities and enterprises that lack access to modern energy sources. This project aims to understand the energy access problem and potential solutions from the perspective of people who are dealing with it firsthand. (NSOE leader: D. Patino Echeverri)

Over 15% of humanity has no access to electricity, and far more have unreliable access that precludes most productive energy uses that are beneficial for improving economic prosperity, health and education. Decision-makers require information to determine the optimal strategies for deploying energy resources. However, two critical data sources for such planning are often unavailable or overly time-consuming to collect and maintain: who has access to electricity; and the location of electric infrastructure. To address these needs, this project team will work toward creating an energy infrastructure map of the world using satellite imagery and state-of-the-art machine learning tools to detect critical energy infrastructure.

Energy and the Environment: Design and Innovation

This project explores the breadth of issues that confront our society in its need for clean, affordable and reliable energy by partnering students with faculty on projects resulting in prototypes of new energy technologies, systems or approaches. Last year’s team focused on the potential of incorporating green building concepts into dorms, alternative use cases for flywheel energy storage and renewable microgrids in South Africa. Previous projects have included a strategy proposal for encouraging growth in the hydrogen economy, a human-powered bicycle to filter urban water systems and a biogas-powered generator. (NSOE leader: E. Klein)

Artisanal and small-scale gold mining is the largest source of global mercury pollution and the leading cause of deforestation in the Peruvian Amazon. This type of mining emits large amounts of mercury directly into atmospheric, terrestrial and aquatic ecosystems and impacts human and wildlife health. The primary research goal for this project is to understand and communicate how mercury enters upstream communities and wildlife, and whether deforestation is altering this movement of mercury. (NSOE leader: B. Pan)

How Do People Affect Zoonotic Disease Dynamics in Madagascar?

Research has documented conflicting associations between land use change and infectious disease risk, with some studies finding that deforestation increases disease risk for humans, while other studies find the opposite pattern. It is critically important to make sense of these conflicting patterns. This project will investigate how human land-use decisions affect the small mammal community and disease transmission around the Marojejy National Park, where human subsistence activities and population growth are encroaching on the protected rainforest in the area. (NSOE leader: R. Kramer)

Marine Microalgae for Sustainable Production of Food and Fuel

Climate, energy and food security are three of the greatest challenges we face in this century. Large-scale industrial cultivation of marine microalgae has been shown to be a promising, environmentally-favorable approach for society to meet its climate goals by sustainably coproducing liquid hydrocarbon fuels and protein. Current models have shown that this coproduction of food and fuel is approaching economic feasibility. This project will advance research on algal life cycles, biofuel production models and economic and environmental costs. (NSOE leaders: Z. Johnson, D. Patino Echeverri)

Elephants are ecological engineers that create and maintain forest habitat. However, poaching is wiping out African forest elephants, which will result in dramatic ecological changes. Through collaboration with the Gabon Parks Agency, Duke researchers have two years of data on hourly movements of 56 forest elephants. However, there are no data on the time it takes a seed to pass through a forest elephant’s gut. This project will conduct experiments in Gabon to estimate gut passage time in forest elephants for several plant species. The team will then model seed dispersal and evaluate the consequences of differences in dispersal patterns for forest plants. (NSOE leaders: C. Beirne, J. Poulsen)

Evidence gap maps are emerging as conservation tools that synthesize scientific research in a creative way, in order to guide decision-making and identify areas where more targeted research is needed. Gap maps also help identify studies that suggest linkages between particular interventions and outcomes and can help identify and characterize contexts for understanding tradeoffs and synergies in conservation decision-making. In collaboration with the World Wildlife Fund, this project will develop an ocean evidence gap map with a subset of evidence gap maps on coral reefs, mangroves and seagrasses. (NSOE leaders: L. Campbell, B. Silliman)

The U.S. Endangered Species Act is one of the world’s most important conservation laws—and one of its most controversial. Because most listed species have much of their habitat on private lands, improving the Act’s performance on working farms, ranches and forests is critical to its success and survival. While much of the public debate around the Act continues to be focused on public lands, the future of most listed species depends at least in part of the conservation of habitat on private working lands where purely regulatory approaches have significant limitations and generate substantial controversy. This Bass project will examine the adoption, success and failures of incentive-based approaches to endangered species conservation on private lands over the last 25 years. (NSOE leader: R. Bonnie)

Smart technologies involve the use of collaborative and intelligent tools able to automate activities performed in the environment and in everyday objects. In archaeology, smart technologies include sensors, close range sensing systems, robots, rovers, drones, laser scanners and software able to process data from multiple sources. In 2018-19, five research units will collaborate on the archaeological investigation and study of Mediterranean cities dating back to the first millennium BCE. (NSOE leader: D. Johnston)

Sowers and Reapers: Gardening in an Era of Change

In a time when neighborhoods are rapidly changing, gardens have become a place where history, contention, expression, resistance and negotiation meet. At the same time, the presence of an immigrant workforce—landscaping companies largely staffed by migrant Latinos—means that the country’s divided opinions over immigration are at play among the plants. This project will bring humanities tools and a human rights approach to the issue of environmental justice and migration.