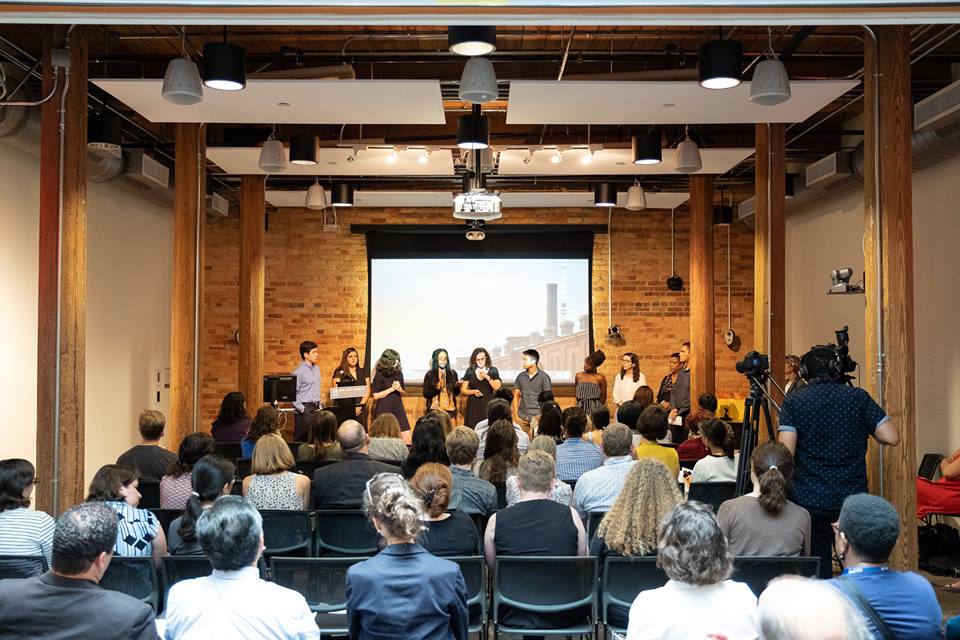 Story+ is offered through the Franklin Humanities Institute and Bass Connections, in partnership with Duke Libraries and Versatile Humanists at Duke.

Edward Balleisen, Duke’s vice provost for interdisciplinary studies, gave closing remarks. “I think we do best at Duke when we find a way to facilitate the capacity of students, faculty and staff to pursue questions to which we don’t already have the answers,” he said. “This symposium is a stunning example of that Duke in action.” 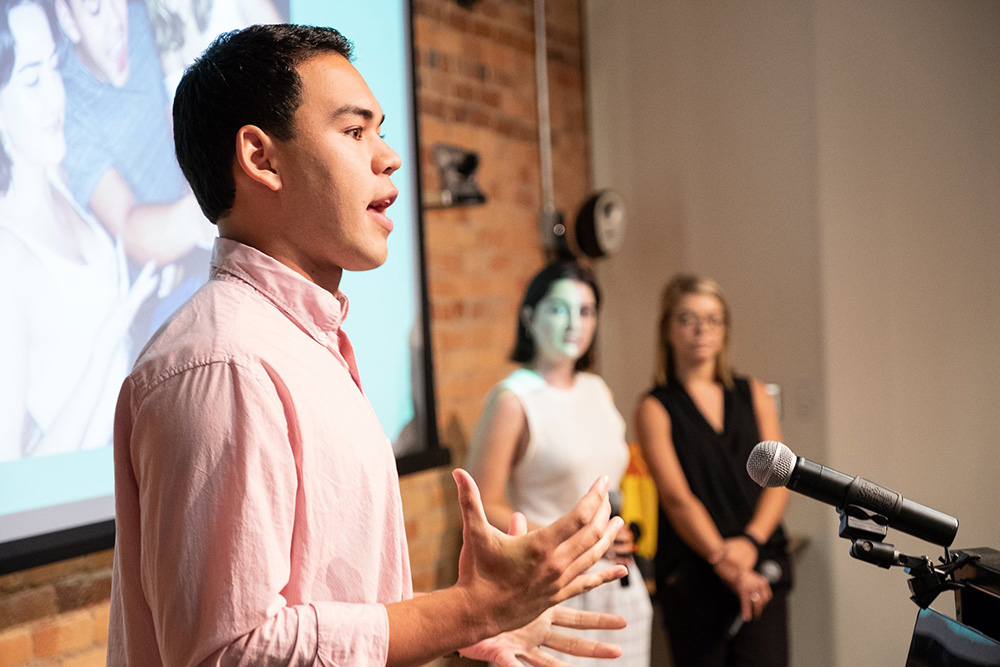 What kind of story do we want to tell? We started by going through the archives, then we went into field to get a better perspective. Next we interviewed SAF employees. —Mary McCall Leland 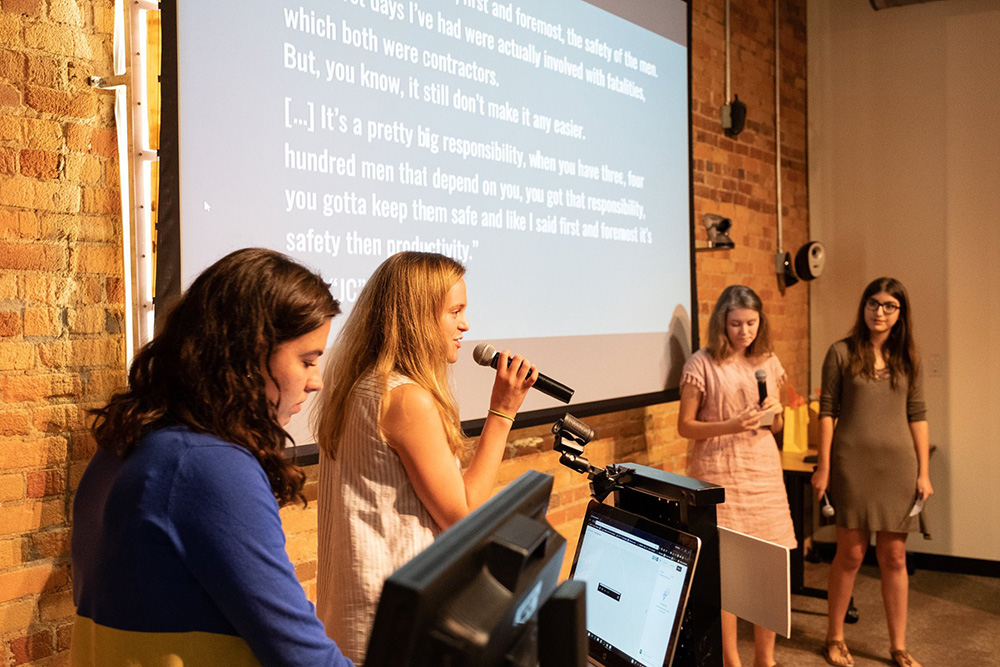 Some people would say, ‘You’re giving them a voice,’ but you’re not. They’re welcoming you into their home and they’re teaching you. —Nicole Lindbergh 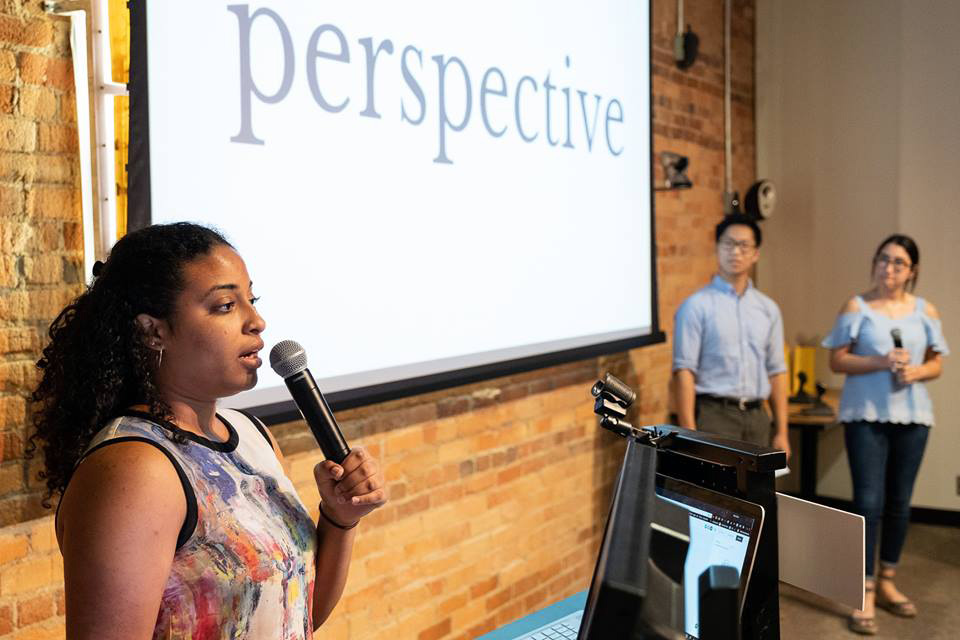 This project was life-changing. It really shifted how I see the world. I came in premed, thinking maybe I’ll look at this [project] with a health perspective, but I was more captivated by policy because what the U.S. passed very much affected people’s lives. I’m thinking about a major shift to International Comparative Studies. I’ve always had a strictly American perspective; I have to remember that the U.S. is one country among many. —Aasha Henderson

Stone by Stone: Who Built the Duke Chapel? 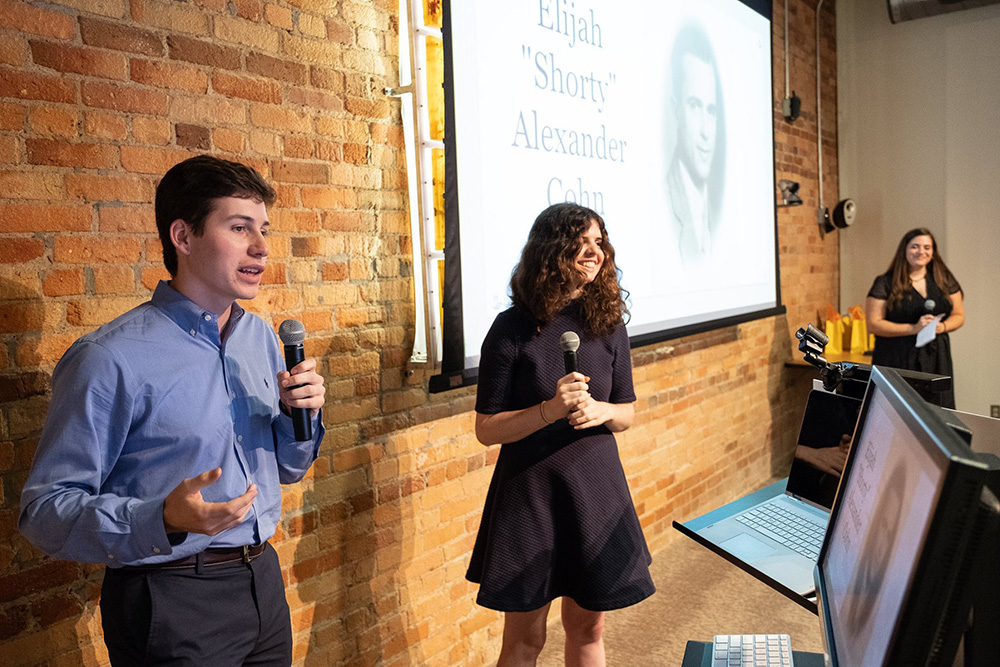 Shorty Cohn did stonecutting work all across the South, and he came to Durham to work on Duke Chapel. He stayed in his mill house after the chapel was done, but he contracted TB. They removed half his ribs, and he kept working. —Jacob Satisky 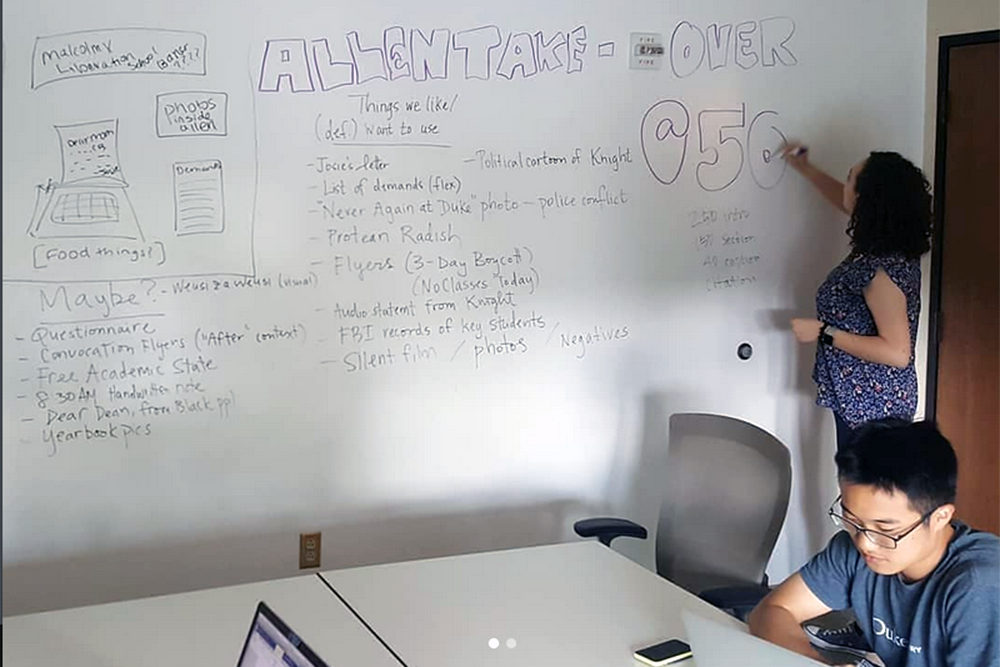 Preaching and Protest: Sermons from Duke Chapel during the Civil Rights Era 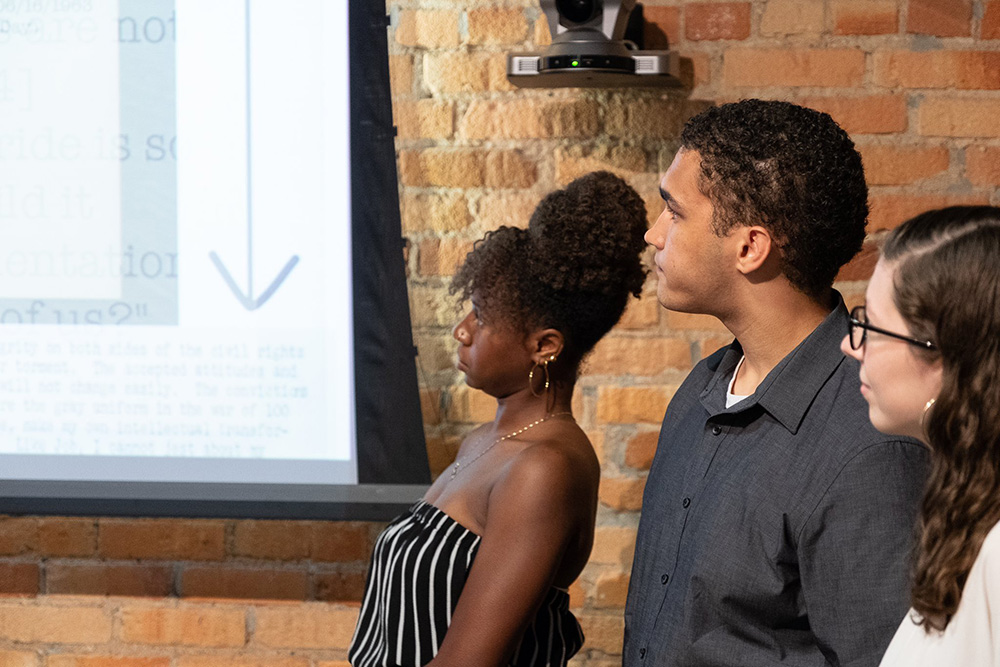 Medgar Evers was killed four days before Fathers’ Day; there was no mention in the Chapel sermon that Sunday. A week after the 16th Street Church bombing, the sermon was on Jonah and the whale. —Liddy Grantland 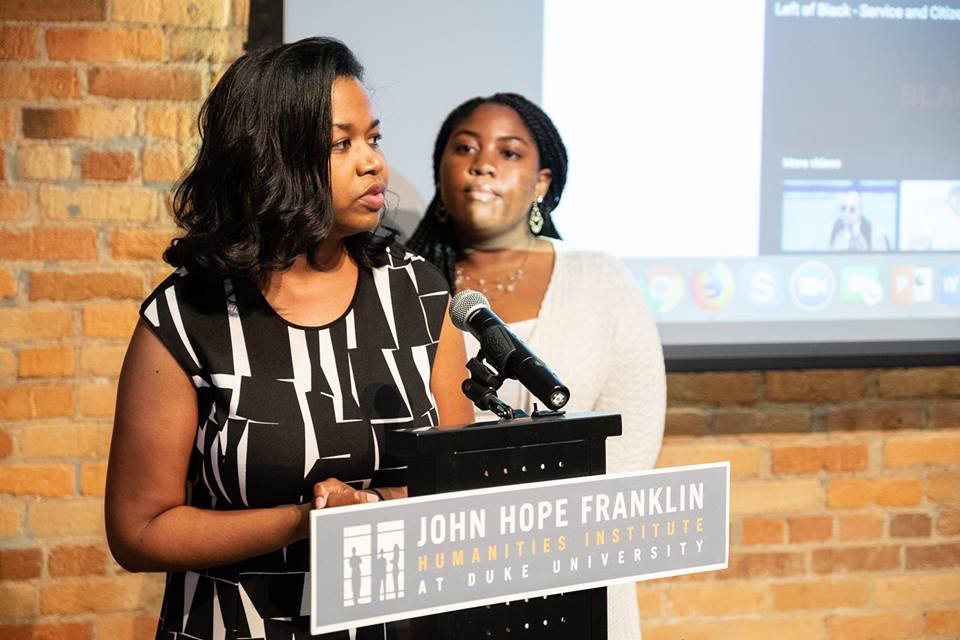 This was my first experience working with a team, seeing how ideas unfold and [building] skills in digital editing and lesson plans. —Ce’Ondra Ellison 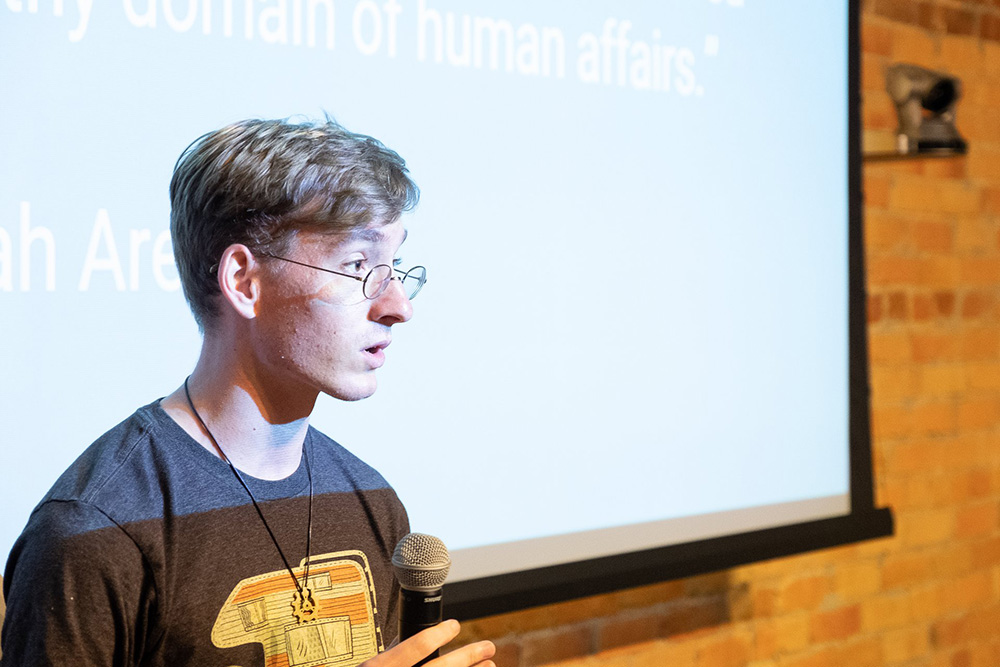 We all read through the material and came up with different angles and very different graphic styles, which shows the breadth and depth of this archive. —Christina Shin 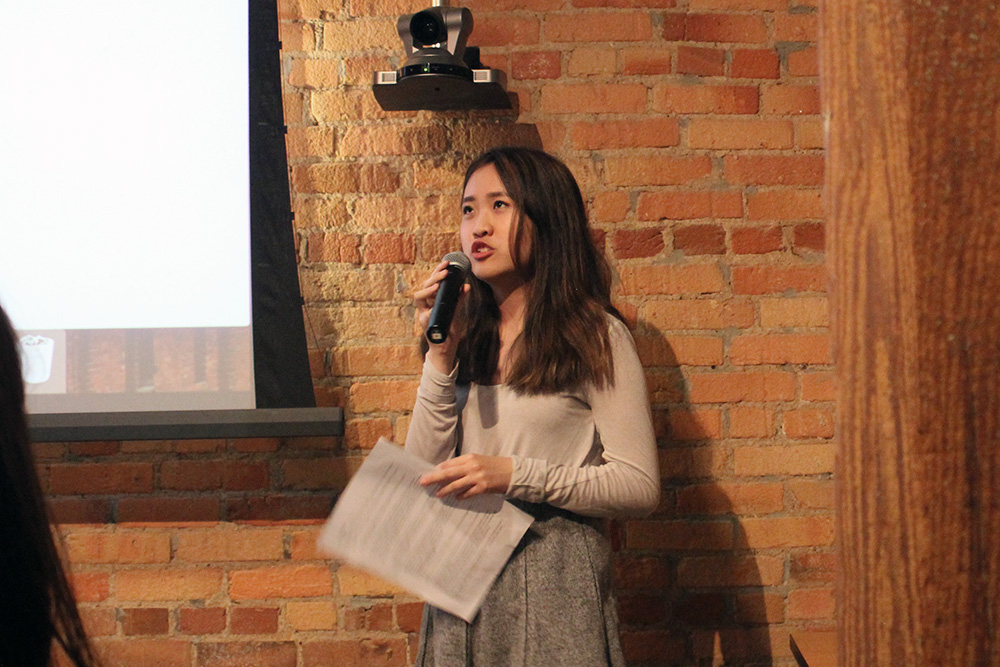 We learned and practiced a lot of humanities research methods, and we interacted with the materials in a very active way. My exhibit is about prostitution and labor organizing, and I was excited to encounter a lot of materials representing the voices of people themselves. I found very different opinions and perspectives. Sex workers are still fighting against a lot of injustices. Activism and policy require the humanities to understand how they operate. —Elaine Zhong

Photos by Dean Rhoades (except Allen Building team, which is from Story+ Instagram)