The World Bank estimates that there are still 1.2 billion people around the world that do not have access to electricity, of which 80% live in rural areas. In fact the growth in electricity access (1.7 billion) has only just kept pace with population growth (1.6 billion) between 1990 to 2010. [1] Compare this with telecom networks worldwide, as mobile cellular subscriptions have grown from 2.2 billion in 2006, to 6.6 billion in 2013, representing approximately 95% of the world’s population. What is more impressive about this growth is that low and middle income countries represent approximately 5.0 billion of the worldwide subscriptions, with subscription rates of 86.4%. [2] A similar growth in the electricity distribution networks is required for emerging economies to secure a sustainable growth for the future.At this point, you would be right to feel a bit skeptical about the comparison being made between electricity access and telephone networks. However, before the mobile revolution, the telecom industry in most emerging economies was underdeveloped, much like the electricity grid is today in the same countries. Interestingly, a lack of infrastructure gives emerging economies a distinct advantage in adoption of new technologies as they are not hindered by entrenched intermediate technology. [3] Hence, with the advent of mobile technology, the telephone networks diffused in emerging economies at an incredible rate. This in turn created and improved market opportunities in the same emerging countries, largely by decreasing the barriers and cost of information transfer, and thus reducing uncertainty and improving productivity.

Today, smart grid technology is the disruption in the electricity industry that can close down the gap in access to electricity. One way to understand smart grids is to imagine an internet for the electricity grid. Smart grids utilise the latest in digital communication and measurement technology to automatically collect and act on information on supply and consumption patterns to improve the reliability and efficiency of electricity distribution whilst reducing the negative environmental and economic impacts it might have. [4]

In recent years, investment in smart grid technologies has been increasing in high income countries like Denmark [5], the Netherlands [6], and South Korea [7], driven largely by growth in distributed energy generation and the need for grid modernization. Existing grid infrastructure in these countries are being made “smarter” through higher frequency energy meters and sensors to homes and industrial buildings, and investment in grid dispatch infrastructure with advanced demand forecasting models which also enable efficient integration of renewable energy sources. The rapid development of these smart grid technologies pose a great opportunity for emerging economies that can, with the right implementation policies, leapfrog outdated grid technologies to the smart grid model. In fact by using smart grid technologies, low and middle income countries can also solve many of the problems they currently face due to the roll out of traditional grid infrastructure.

Perhaps the prime example of the kind of chronic problems faced by emerging economies are electrical power blackouts; a result of poorly managed energy infrastructure, and inaccurate demand forecasting. In India for example, electricity deficits in the range of 1 to 10% exist in 22 of the 29 states, and of these energy shortages, 40% occur in rural areas. [9] Across the emerging economies, on average, the estimated hours of power outage is 20 hours per day. [1] Another major driver for implementing smart grids is the need to reduce transmission losses and thefts. Electricity theft is a particularly common phenomena reported in low and middle income countries as part of their “Non Technical Losses” (NTL); a term that includes all unmetered electricity use from the grid. These losses put a huge amount of stress on the financial sustainability of utility companies as well as make demand very difficult to estimate.

One way smart grids enable utility companies to counter non technical losses is through high frequency smart meters. These smart meters allow the companies to automate the tracking of energy use to detect anomalies in the grid which could indicate power theft. Additionally, through automated measurement of electricity use, sources of corruption such as misreporting meter readings due to collusion with customers are also eliminated. Another indirect benefit is the ability of such smart meters to curb demand for labour to carry out the life threatening work of connecting live wires directly from the transmission lines. [10] All of these benefits by simply replacing traditional meters with smart meters.

Therefore it is imperative that smart grid technologies are adopted by emerging economies as part of their current expansions plans and not left as a future upgrade possibility. The good news is that there are many pilot studies that are taking place in countries like India, Nepal, Mexico, and Brazil that are helping build the technical expertise base in those countries and also provide learning points for deploying smart micro grid technologies. With the right policies and leadership, smart grids could help secure the growth of these emerging economies for years to come. 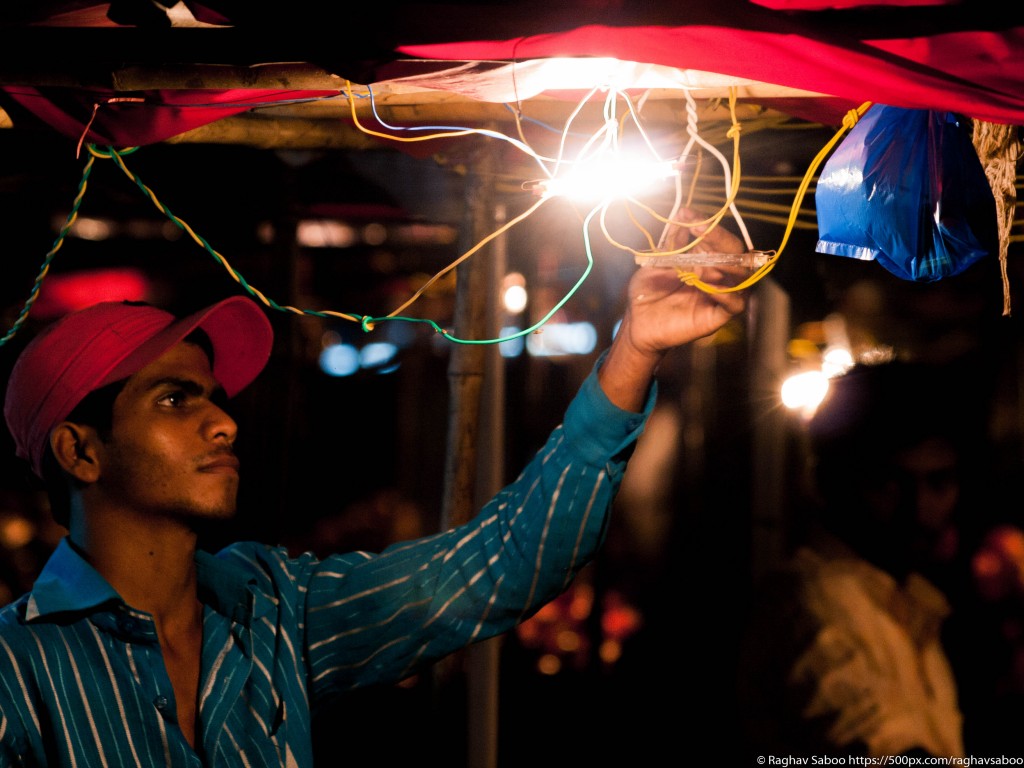