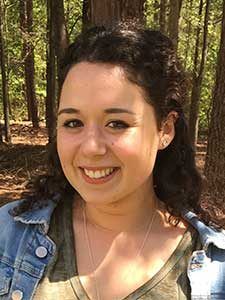 Ramseyer is a senior majoring in English. Over the last four years, she has immersed herself in refugee studies, research and advocacy through her work with the Kenan Refugee Project. Her involvement has allowed her to conduct life story interviews with Bhutanese refugees in Nepal (February-March 2014) and Iraqis and Syrians in Jordan (June-July 2015) as well as to engage with refugee populations on a local level. Her most recent efforts include curating a Photovoice exhibit on resettlement that featured 14 Iraqi women from the community, directing a tutoring and mentorship program for local refugee youth, and cofounding and editing a weekly newsletter on global displacement and forced migration. She hopes to return to Jordan to continue her work with refugee populations after graduation and eventually pursue a career in international human rights law.

Read her winning project, Letters from the Field: A Collection of Short Essays on the Realities of Asylum in Jordan and the Ethics of Fieldwork.