Exploring Health and Biodiversity in the SAVA Region of Madagascar

Melissa Manus is a leader of the Bass Connections project team Cookstoves and Air Pollution in Madagascar: Finding Winning Solutions for Human Health and Biodiversity. In the latest Duke Lemur Center-SAVA Conversation newsletter, she provides an update and reflects on what they’ve learned and where they’re headed. SAVA stands for the Sambava-Andapa-Vohemar-Antalaha region of northeast Madagascar. 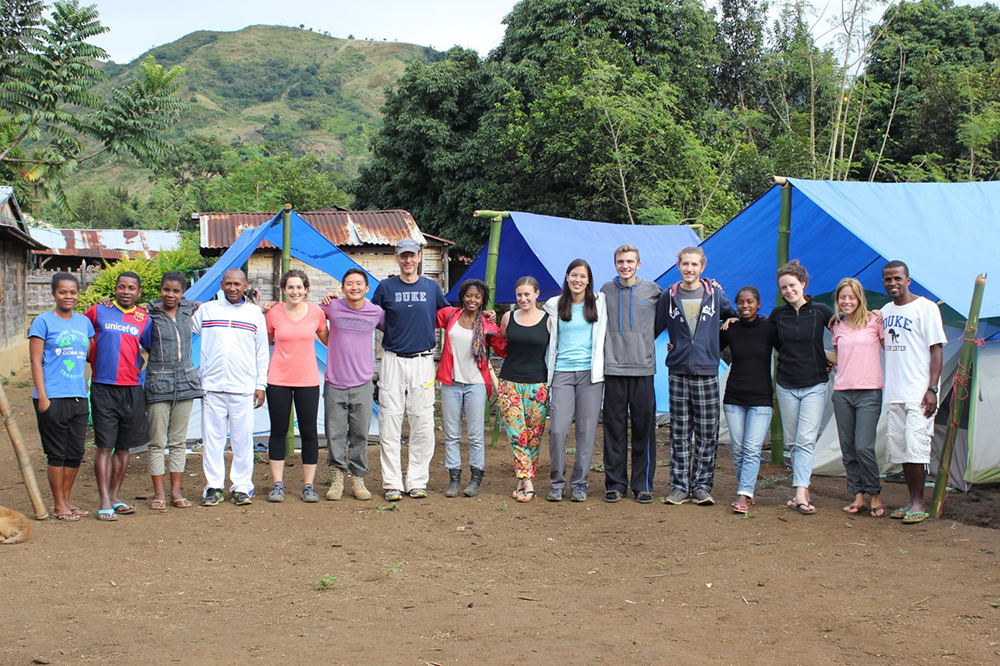 Since returning from our inaugural field season in 2015, our team had been eager to return to the SAVA region and continue our global health research. In 2015, our focus was broad—we applied ecological and evolutionary thinking to better understand the climate of health, livelihood and disease in Mandena, a village adjacent to the entrance to Marojejy National Park. Data from the 2015 trip helped quantify a suite of health parameters in this village, from musculoskeletal health to the quality of people’s sleep to understanding the microbes that are shared between people and domesticated cattle. We also collected a portfolio of general health data, including blood pressure readings and measures of body mass index (weight relative to height).

Based on our initial findings, the 2016 team set out to explore the unexpected trend of hypertension, or high blood pressure, observed in the people of Mandena. Specifically, we refocused our research efforts to better understand how cooking practices in Mandena are affecting both human health (cardiovascular and respiratory) and environmental health (deforestation). Traditional practices in this region typically consist of a woman, and often some of her children, cooking over an open flame in a small, unventilated space, using firewood collected from nearby patches of forest. Exposure to smoke can lead to myriad health problems, including systemic inflammation, hypertension, chronic pulmonary obstructive disorder (COPD) and lung cancer. These negative effects are especially harmful for developing fetuses and pregnant mothers.

The logic underlying our study in the summer of 2016 seemed simple—as the demand for firewood increases in this growing population, the forest will be affected and people may be forced to travel further from their homes in search of wood. And as people continue to cook over an open flame in unventilated spaces, exposure to harmful pollutants will increase with increasing population density.

This year’s Bass Connections team was organized by leaders Dr. Charlie Nunn (Evolutionary Anthropology and Duke Global Health), Charlie Welch (Duke Lemur Center), Dr. Subhrendu Pattanayak (Nicholas School of the Environment), Dr. Jerry Bloomfield (Cardiology and Duke Global Health) and myself. Nunn and I led our ground team, which included PhD student Lydia Greene (University Program in Ecology), master’s student Erin Litzow (Nicholas School of the Environment), Duke undergraduates Tommy Klug, Anna-Karin Hess and Laura Guidera, North Carolina Central undergraduate Brittany Carson, recent Duke graduate James Yu and Turkish MD/PhD student Efe Fakir. We arrived in Mandena at the start of July 2016, armed with a curiosity about the relationship between cooking practices and health outcomes, and an arsenal of devices, instruments and test kits. Some of us reunited with old friends, while others explored Mandena for the first time. With the help and guidance of Duke Lemur Center-SAVA Conservation, we quickly set off to enroll 25 randomly-selected households, with the plan of making periodic visits to collect survey data, set up air quality measuring devices and quantify firewood usage. 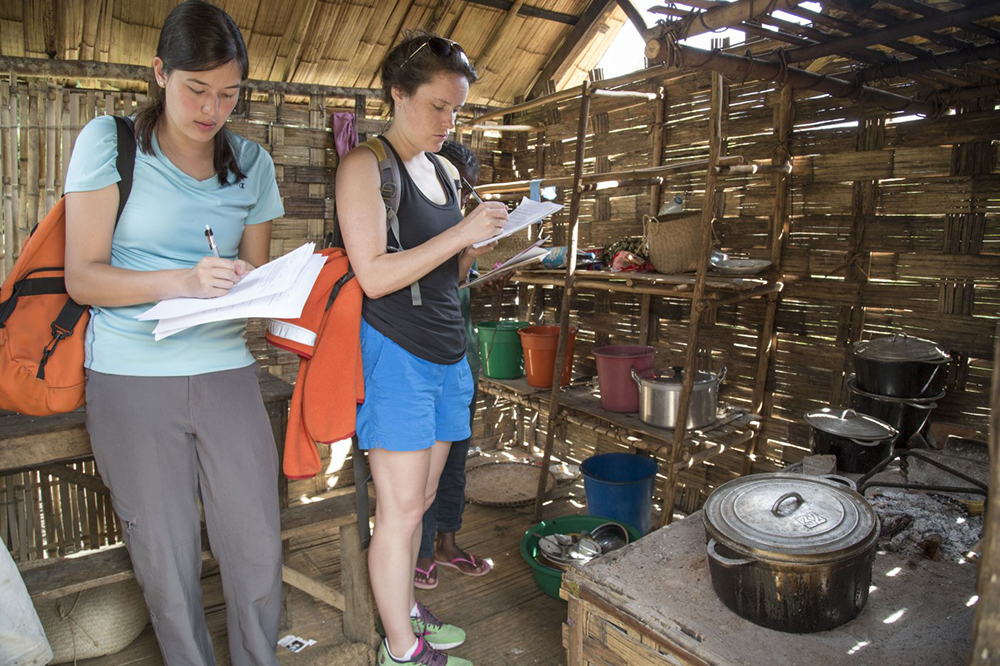 Our original intention was to develop an intervention to target the problem of poor air quality in Mandena. At first, the most obvious solution was the ADES stove, a Swiss-designed, Madagascar manufactured cookstove that is more energy-efficient than current cooking practices. The stoves are being used by households in other parts of the island, and are distributed (sold at subsidized prices) in the SAVA region by DLC-SAVA Conservation. We knew that some families in Mandena already had ADES stoves, but soon learned that “owning” and “using” these stoves were not always synonymous. Rather, we listened to people explain how the stove takes too long to heat up, does not reach the necessary temperature for heat-intensive cooking and cannot accommodate more than one pot at a time. The stoves do not seem to be used consistently in Mandena, and further research on stove use at other locations and in different seasons will hopefully determine whether DLC-SAVA support of the fuel-efficient stoves is merited. We observed a number of other methods, such as a traditional three-stone fire pit and elevating pots over the flame using a locally-sourced metal tripod. Cooking locations ranged from inside a small, four-walled building to under a semi-exposed shelter, outside of the main house.

Firewood collection and usage was also more complex than we had originally expected. People collect firewood from different places depending on the season and their family’s needs, and use various tree species at unequal rates depending on what is being cooked for a particular meal. Getting to understand how people use the forest is interesting from a human behavior and ecology perspective, but not particularly amenable to quantifying how much wood people use on a daily basis.

We adapted to these challenges. For example, instead of weighing wood in the field, we asked heads of household to estimate, using wood in their own woodpiles, how much wood they will use for cooking breakfast, lunch and dinner. More generally, we learned that there are many barriers to implementing new technology beyond access and cost. It seemed that the tallest hurdle in Mandena emerged from a cultural context; we have to take the time to understand how decisions are made and why certain cooking practices have persisted before we are able to consider a novel method. We also discovered the variability (and sometimes unreliability) of devices designed to measure air quality and exposure to harmful particulate matter. Making claims about improved fuel efficiency and decreased emissions is impossible without the quantitative measurements to back them up.

Just as you can’t provide a good answer before you hear the whole question, we returned to Duke realizing we can’t design a solution before we thoroughly understand the problem. With this in mind, we now meet weekly to explore our data and consider strategies for the next field season. We are also connecting with other Duke faculty and local partners from places like RTI International and the Environmental Protection Agency to better understand the state of the field and our options for improved technologies and health interventions. We look forward to returning to Mandena in 2017 to continue working with local collaborators to explore this complicated relationship between cooking practices, human health outcomes and effects on the forest. 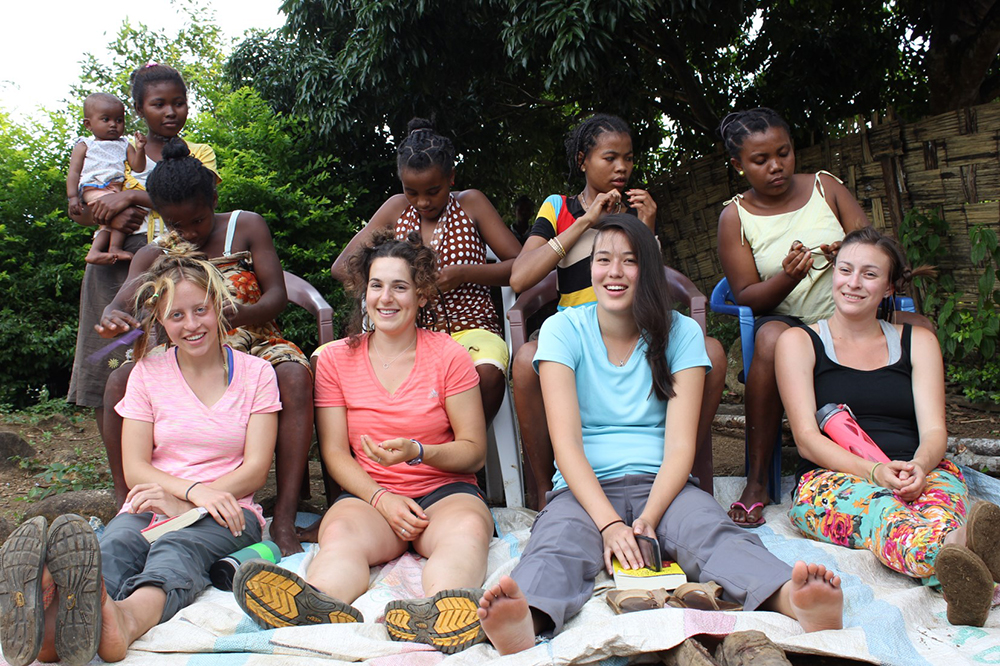