The DuiihDac is now a functional prototype (Image 1) with a social and environmental impact analysis and a business/marketing plan. Our idea for an off-grid refrigeration unit for vaccine cold chain transport has evolved since we began. At its current state, we have a methanol/activated carbon refrigeration cycle with a flat plate solar absorber. We also have a copper pipe-lattice evaporator with a series of aluminum fins for the condenser (Image 2). 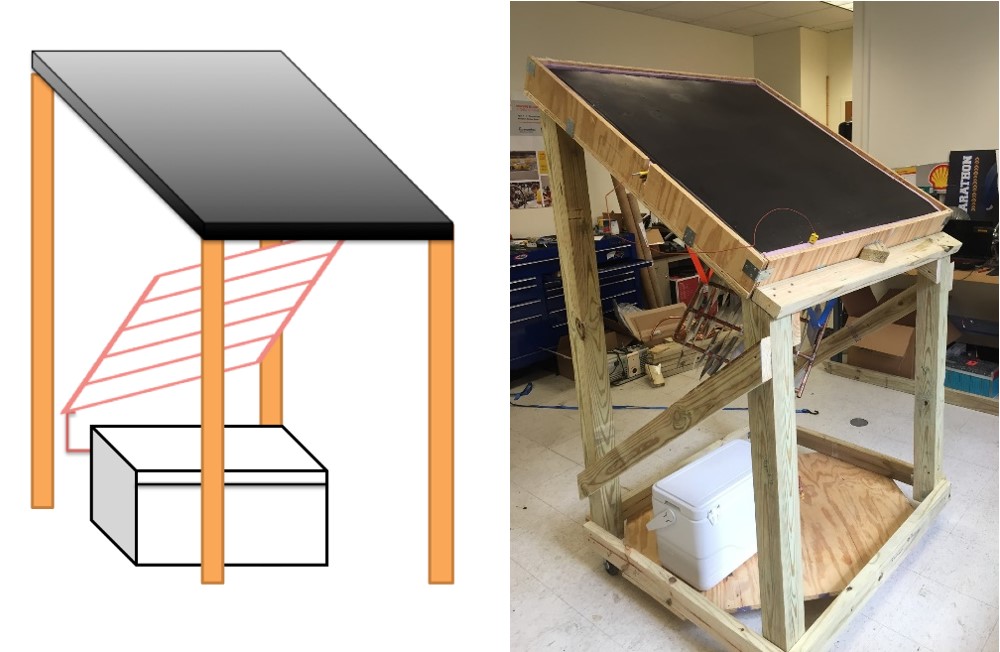 In testing the DuiihDac, we realized we had a few problems in keeping the temperature in our solar absorber. Part of it was due to the way it warped during testing, creating seams for heat to leak. We are currently working on fixing the leaks in the DuiihDac’s solar absorber and condenser so we have not yet been able to fully test the system as a whole. We also recognize that there are some changes we can make to increase the efficiency of the greenhouse box in holding a higher temperature as needed. These are ongoing challenges which we hope to address. 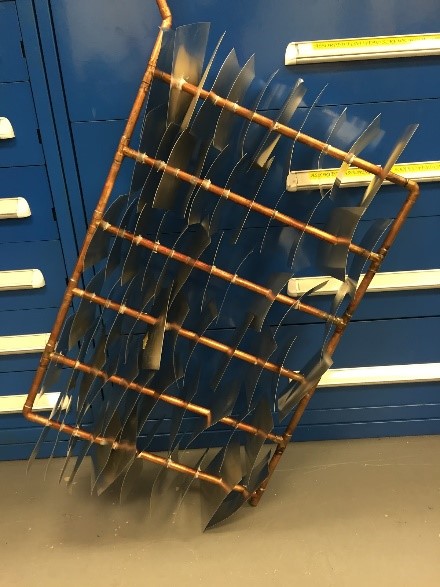 In addition to the manufacturing of the DuiihDac, we have also been working on an analysis of the environmental, social, and economic impacts of our system as we have mentioned in previous blog posts. The environmental impacts analysis was conducted through a brief Life Cycle Analysis and Eco-Indicator 99. Taking into account, human health, ecosystem quality, depletion of resources, and emissions offset, we were able to quantify the positive emvironmental impact of the DuiihDac. With the social impacts, DuiihDac has the potential to prevent over 2.5 billion vaccine doses from being wasted and up to 3 million people from vaccine preventable illness deaths. As far as business and marketing, we anticipate the scaled version of the DuiihDac to be produced for approximately $400-500, much cheaper than comparable refrigeration units in the developing world. An image of our business model is below (Image 3).