In collaboration with Red Hat and local middle schools, a Bass Connections team helps young people build coding skills through a program that other schools can freely adapt

This fall, Bass Connections team leader Aria Chernik was a guest on WNCU radio show The Measure of Everyday Life, where she shared her collaborative efforts to bring open source thinking into educational settings. 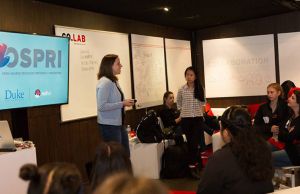 “Red Hat is based in Raleigh and a leading provider of open source software, tools and solutions,” Chernik told Brian Southwell, host of The Measure of Everyday Life and director of RTI International’s Science in the Public Sphere Program. “But aside from that, Red Hat has been very committed to thinking about open source across domains, so it’s not about just software development—it really is about [asking], what does open source look like from an organizational perspective, from public policy, government, medicine and so on?”

This year, a Bass Connections project team called OSPRI Lab is scaling up a new program, CSbyUs, to expand access to computer science education for young people. Chernik explained that the program “was developed by undergraduate students at Duke who came to me and said, ‘We have this idea, and we know we can make it work.’”

Chernik began collaborating with the Duke students on CSbyUs. “We saw the potential,” she told Southwell. “There is open access information available in terms of teaching computer science, and we know that there is a deep and real problem with not enough STEM and computer science being taught—everywhere, but particularly among under-resourced schools—and we set out to do something about it.”

The students developed a curriculum and adapted it to meet the needs of their Durham middle school partners for after-school programs. “For the first two weeks, coding is not mentioned,” Chernik said. “It’s about [starting with] empathy and talking to people and [asking], what would be helpful to a community?” 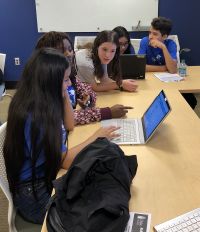 What’s essential, she told Southwell, “is that it’s undergraduate students who are doing the teaching. They are the mentors in the classroom doing this work with the middle school students.” The curriculum is expanding to other schools in the Triangle, and as the program scales up, “the idea is to develop a mentoring program,” Chernik said.

“We want to be able to share not just our CSbyUs curriculum but also our mentor training with anyone who wants to do this. The real potential in this project is that anywhere there’s a college or university, you can have undergraduate mentors in their local communities using and iterating on this CSbyUs curriculum.”

Students Take the Lead in Sharing the Model

Last month, OSPRI student team members Amy Jiang and Carter Zenke joined Chernik to give a presentation on CSbyUs at All Things Open, an international technology conference in Raleigh with over 3,500 attendees. 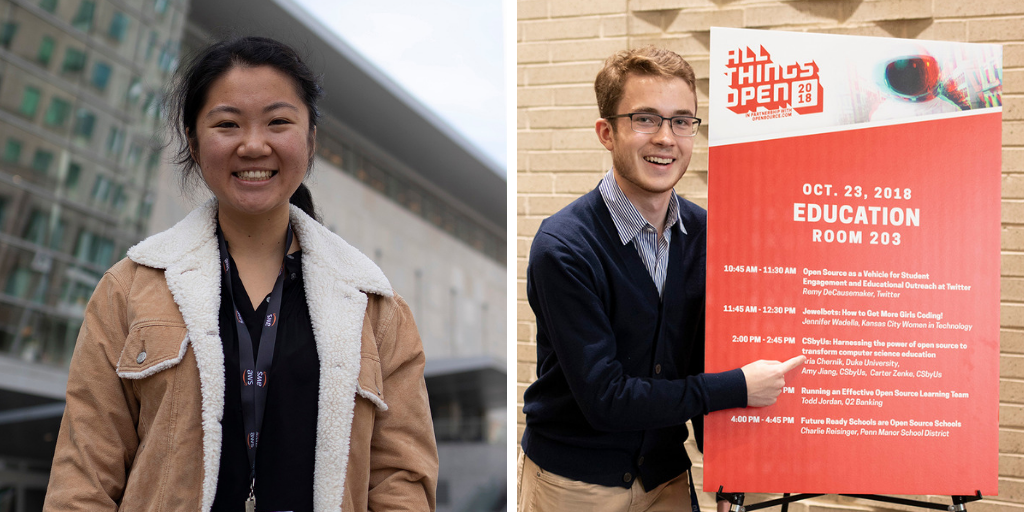 And on November 10, Jiang, Paradise, Zenke and Cady Zhou will head to Fayetteville to give a presentation at CSNAP, an annual civic engagement conference for students.

Join the OSPRI Team at the CSbyUs Launch Event

On Thursday, November 29, the team will host an event featuring Durham middle school students from Student U who have been participating in the CSbyUs afterschool program this semester. These young people will demo the apps they developed and tour Duke’s campus. Stop by The Landing in the Bryan Center between 4:00 and 4:30 p.m.