Defining the Problem: Feasibility Study for a Campus Digester 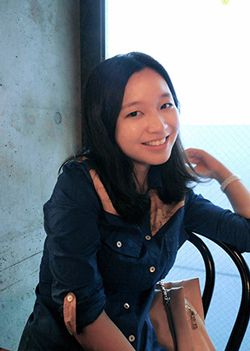 Bass Connections was unlike any other course that I had taken before. I was used to having the assignments given to me: do this problem set, read these chapters, write this essay. This project started with what seemed like a simple and definitive goal, a feasibility study of an anaerobic digester. This semester, we were asked to write a “scoping document,” which informs about anaerobic digesters and provides the information we need for the feasibility document. Little did I realize that it was not as simple as it looked. There were questions we needed to conjure and to answer before we even got started.

Each week we met with the team leads, and one or two student meetings. During the first few weeks, coming up with deliverables for weekly team meetings required creative thinking. While we had a rough outline (ex. find case studies), I had no idea what was sufficient. Since the final scoping document was due in a few months, I thought that I had time. It was not until my student team sat down, looked at the due dates for drafts of the scoping document, made a list of what was suggested from the syllabus and broke everything down that I realized that time was running out.

Moreover, I noticed that I lacked the understanding of the fundamental concept of what a scoping document is. It was up to our team to teach ourselves about options and case studies and to gather information on Duke’s profile to ease the process of recommending (or not!) an anaerobic digester for Duke. But what did that look like? Is this only to inform, or do we need to already state whether some options are viable or not? Does that decision process wait until next semester? Wait, what do others think a scoping document is?

The students met with each of the faculty members to grasp what their understanding of the document was. Then we talked amongst ourselves to determine this semester’s goal. Since the first week, I’ve thought that we had a clear, simple goal that we needed to work hard to achieve. While we had clear guidelines and due dates, it was not until weeks later that I realized I did not even know what the document should look like. It was different from the typical school assignments; it was the longest project I had ever worked on, and one that taught me to look at the “big picture” as I do the work. I am the type of person to get bogged down by the details, frantically searching for information without thinking where it would fit within the scoping document. Once I realized what the expectations were, the amount of research I needed to do greatly reduced. This realization helped me to discern which parts of the project needed more information.

Defining the problem is not a task I’m used to. I have normally gotten an assignment with a rubric attached, and everything became a checklist. That would be an unrealistic situation in the work force. Working on a Bass Connections team truly taught me that I need to understand the overarching idea before starting a project and define my goals clearly in the very beginning. It has been a pleasure to work with this team. They have guided me through the “problem defining” process with open discussions and I learned many valuable lessons.

Learn more about this project team and how to get involved in Bass Connections.