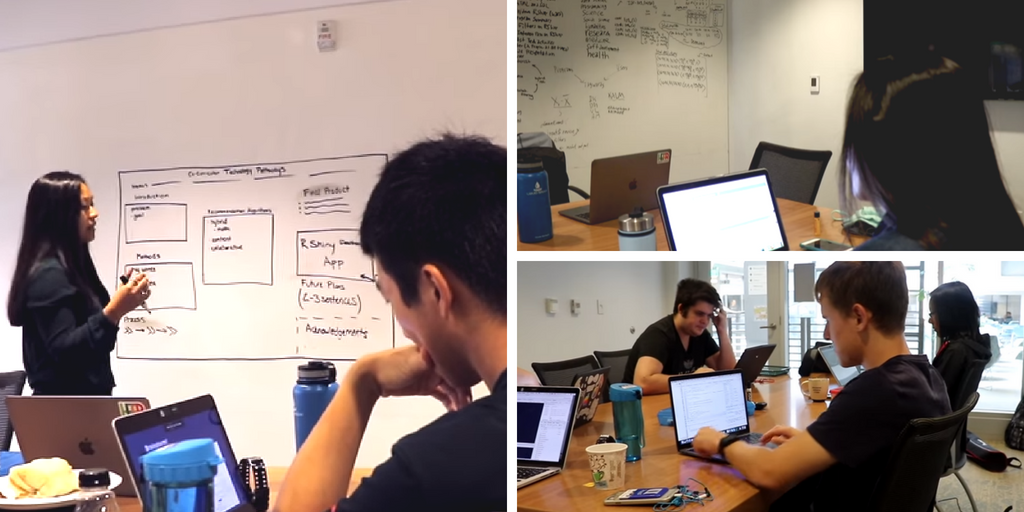 Being a Duke student means making some tough choices. From the moment first-years set foot on campus, they’re inundated with information about all of the fantastic opportunities the university has to offer. But the sheer number of programs can be overwhelming, making it difficult for students at all levels to understand their options and even tougher to decide which opportunities to pursue.

Duke is such a big campus, and we have so many resources that when new students come in, they don’t know what to do. –Vincent Liu ’21

So how should students choose?

Three undergraduate students guided by a graduate student mentor tackled this age-old question on a Data+ team this summer. In partnership with Duke’s Office of Information Technology, the Co-curricular Technology Pathways E-advisor team spent ten weeks researching and cataloguing the growing list of opportunities at Duke and developed an “e-advisor” app to recommend programs to students based on their unique backgrounds and interests.

In a video chronicling the team’s effort, undergraduate team member Brooke Keene ’20 explains that the goal was to create a tool that would “help students discover co-curricular programs that align with their interests.”

The team surveyed relevant programs to gather details about the kinds of experiences they offered and built a prototype application with a recommendation algorithm in R Shiny. The team then asked their Data+ peers to input their personal profiles, including their majors and co-curricular activities, to improve the app’s filtering and recommendation systems based on real student data. 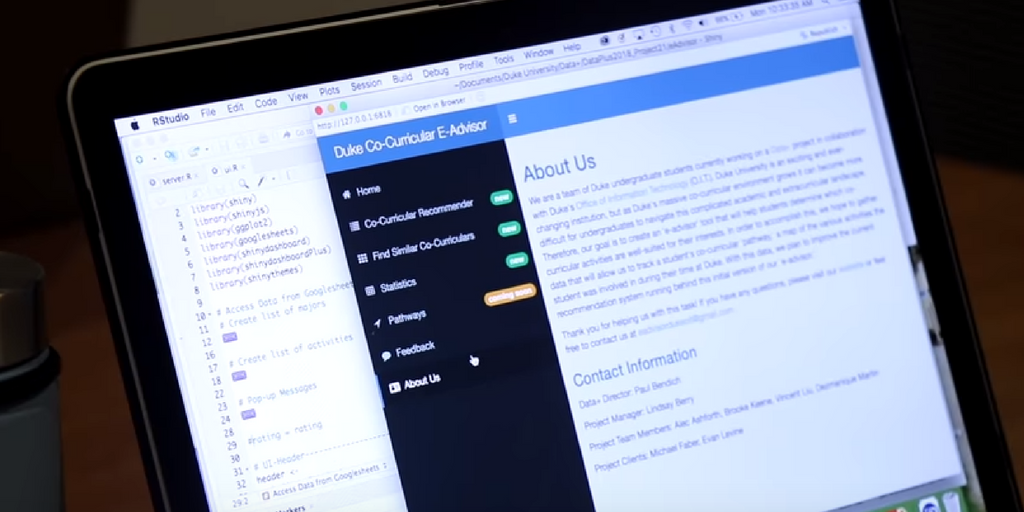 According to Alec Ashforth ’21, the team wanted to develop a practical system “where we could have new students put in their general interests…and then from those general interests be able to give them recommendations.”

As Dezmanique Martin ’20 notes, however, the team also aspired to build a tool to simply create meaningful connections. “When a lot of people think about tech they don’t think about how it’s used to connect people. [With this app] I think it’ll be easier to connect to other Duke students, which I found was hard to do freshman year.”

In order to make the app’s recommendation system more effective, the team hopes to continue adding new student users. With over 85 students who have already entered their information, the team plans to find additional interested users as new students arrive back on campus. The entire team will continue working on the app through the Innovation CoLab and Duke OIT throughout the year.