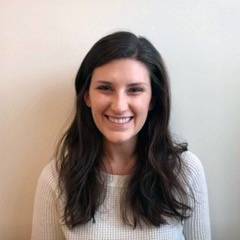 Some time in my third year of grad school, I started really thinking about what I wanted to do with my Ph.D. I knew I didn’t plan to stay in academia, but I didn’t have my heart set on a single career path.

One idea I was entertaining was a path in science policy, which I communicated to another grad student in the department. He told me about a Bass Connections project called D-CIPHER in which team members in various stages of their education would explore the story of chlorofluorocarbons (CFCs) and the ozone layer through the lens of various stakeholders. It was a two-semester commitment, but I decided to take the leap.

At the first meeting, we were asked to introduce ourselves and explain why we joined the class. There were several project members who have a background in environmental policy or management. As a chemistry Ph.D. student, I didn’t have a background in either, but that was okay. I joined the project because I had a genuine interest in thinking about science in the context of policy, but I didn’t have any experience. It was unexplored territory for me.

I used to (naively) think that most problems could be solved through scientific pursuits, and that a reduction of uncertainty through science would lead to an obvious course of action. I quickly learned that using science to address societal concerns is much more complicated and difficult.

Over the next eight months, my participation in Bass Connections forced me to challenge my existing ideas about science and its power and role in decision-making. I used to (naively) think that most problems could be solved through scientific pursuits, and that a reduction of uncertainty through science would lead to an obvious course of action. I quickly learned that using science to address societal concerns is much more complicated and difficult. I began to think, and I continue to think, about the role and obligation of scientists in the policy arena and how I can make an impact personally.

It’s common for scientists to work in silos within their own departments and within their own labs. The traditional training in my department involves taking classes your first year, joining a lab and doing research until you defend your dissertation. There are many wonderful opportunities at Duke, but you have to be willing to seek them out and get involved, to remove yourself from your silo. Reaching out to Christine Hendren, one of the faculty team members, and getting involved in the D-CIPHER project was one of the best decisions I made during my fourth year of grad school. And, yes, you can join a Bass Connections team and still get your lab work done!