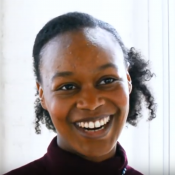 The first time I met her was at her funeral. I had only been in Madagascar for about two weeks and that’s where I found myself. Among a hundred mourners. Among an unfamiliar community. Among wailing and sadness and sorrow. A foreigner to the land and the grieving process, an intruder on the all-too-common reality of death in Madagascar.

Our project team was at this gloomy ceremony to support a local member of our team who had lost a family member during the field season this past summer. Throughout my short two months in the field I would come to recognize the sound of death before the sight of it. The tradition in the SAVA region, where I was located, was to lament the day before the funeral, to sing traditional songs and to weep for another lost soul. It was an appropriate soundtrack for the place I found myself. A harmonic melancholy, captivating like the beauty of the land and jarring to match the harsh reality of life in these villages.

During my time in Madagascar, I found myself in shock quite often. Shocked at the sight of the sun peeking over the mountain range spreading its rays out to embrace the village that was nestled in the valley, exposing the early fires that were being kindled to start breakfast. Shocked after learning the laborious process that it took to fetch water, collect wood, get a fire going, bring the water to a boil and let the water cool for an hour or two, all to get an uncontaminated sip. I was shocked the first time I saw a farmer use a unique whistle and his piglets came running out of nowhere from whatever adventure they had just been on. I was shocked as we cruised across a road I would describe as impassible in a taxi going no greater than 10 mph.

The one thing that did not shock me was the quality of their healthcare system. That did not come as a surprise because I had prepared for that. In fact, I had spent the last year preparing for it. I understood that the space in some of these clinics were no bigger than a small Duke classroom; that they would often be staffed by a single person; and that it was never a certainty that needed medicine would be in stock at the time of a visit.

I knew that accessing care could be difficult, and for that reason I was drawn to investigate the efficacy of a particular health insurance policy being provided in the region. I immersed myself in the literature about the healthcare system. Madagascar has one of the lowest healthcare expenditures in the world and one of the highest infant and child mortality rates. Malaria, plague, leptospirosis and schistosomiasis are endemic to the area. Stunting and malnutrition is common. I clung to this health insurance policy, a lifeline of hope, something to progress the system so that the people could receive the care they deserved. I went searching for a policy success story and prepared myself for its potential shortcomings. 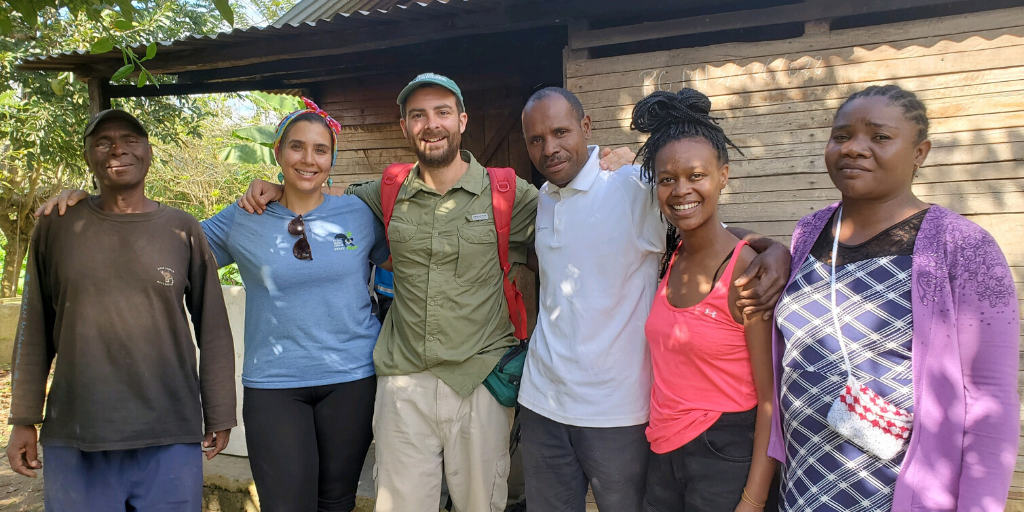 I believe this would be an appropriate time to take a step back from the melancholy that is often associated with my reflections of Madagascar to talk about the equally poignant feelings of joy I experienced. My Malagasy team was incredible and the Duke students I worked with were not only brilliant but also warm and kind people. (Shoutout Miranda Metz and Stephanie Green!) My camp chef was a local that made eating rice three times a day, every day, bearable and he could work miracles with a can of sardines, tomato paste and an onion. My data collection team was phenomenal. Doing surveys can be tedious and time consuming, but they found a way to get through them and exceed all expectations. I’m a huge advocate for the Malagasy lunch system, a three-hour break in the middle of the day, and I think the scientific community should spend less time at desks and more time in hammocks.

Although we have Netflix and an array of media readily accessible here in the United States, the Malagasy have mastered the art of storytelling. Our communication was not always perfect and at times 25% of what was exchanged was lost in translation, but this was easily made up with facial expressions, interpretive dancing, drawings, hand gestures and our go-to favorite: a “for example” statement. When I was managing my field site, I often felt a responsibility to take care of my team, check in with everyone, manage our food supply and keep team moral high. It is now all too clear that it was I who was being taken care of. 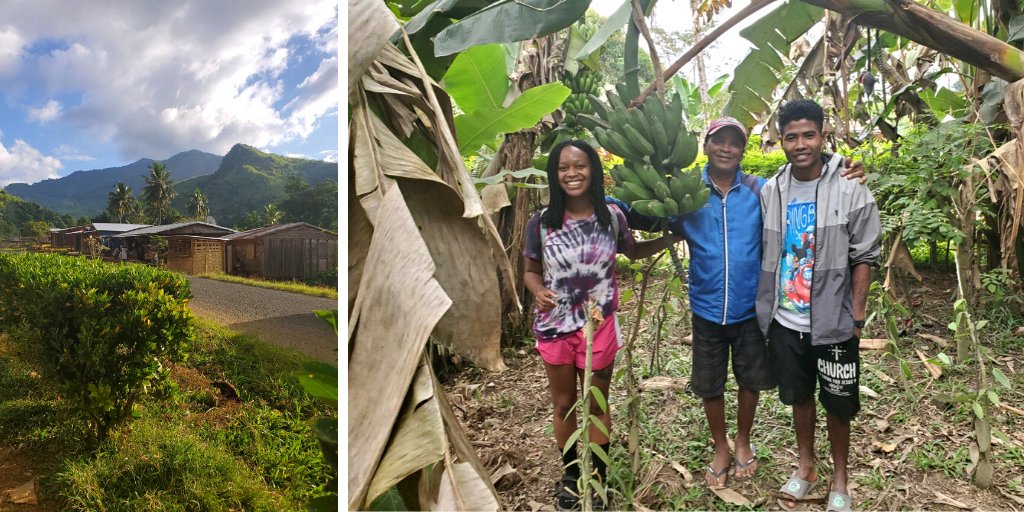 After leaving Madagascar I came home to a different kind of shock. The produce aisle at the grocery store was triggering after being around people who were uncertain about their next crop yield or if there will be food on the table for their next meal. Water from my refrigerator made me angry. The ease at which it was obtained felt like a great injustice. I was overwhelmed with my dataset as I tried to make the numbers represent faces and communities, and p-values seemed like an insufficient way to capture the significance of my experience.

I may have forgotten to mention this, but I study Bioethics and Science Policy at Duke. You may not know this, but bioethicists are academic masochists; we take deep pleasure in approaching problems from all angles and analyzing it until it hurts. And, oh does it hurt! I can feel the tread marks I’ve paved in my brain thinking about how I can better serve this community, thinking about the brevity of my fieldwork and wondering if the lack of sustainable solutions made my time disreputable. Then, I’ve rapidly changed course and landed on the conclusion that it would be more unethical to not engage in this work when the resources are presented to you. Then, I’ve had that resolve melt away at the sight of an unreasonable and unseasonable stack of mangos in the grocery store. 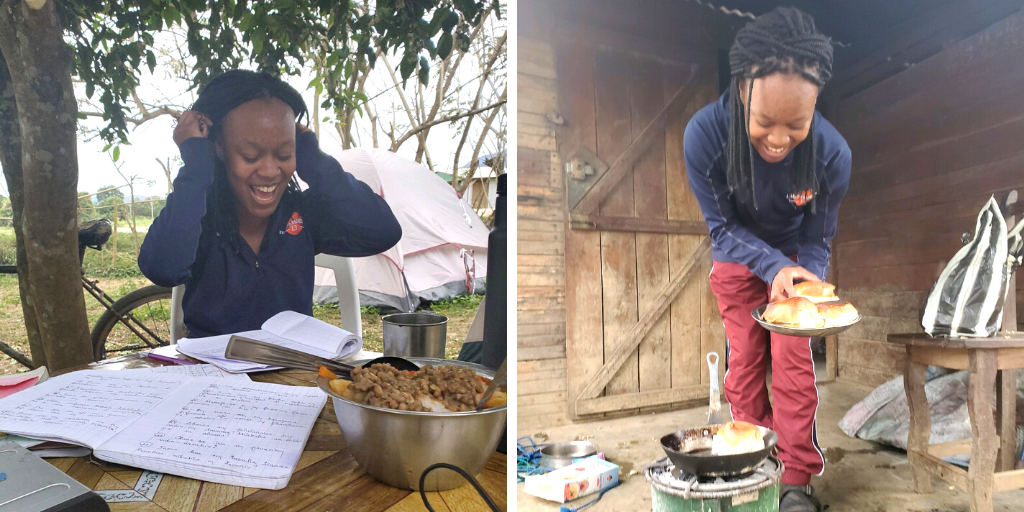 In this whirlwind, I wrote my masters defense, and I would be remiss to omit the support I received from the Bass Connections community, my lab, my incredible primary investigators, my mentor Jory Weintraub and all those who have experienced the enchantment of Madagascar, whether in person or indirectly through me. I also had a great deal of support from many of my peers in the Duke community, and I would like to take this moment to apologize to all those who were exposed to my unsolicited rants about access to healthcare. I am not sorry about my rants, but we can all agree that maybe birthday parties, at the bar and during your 20-minute lunch break was not the appropriate time for these conversations. 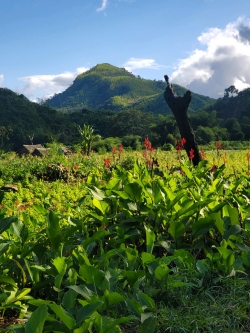 I have learned to save my thoughts about access to healthcare for those who explicitly ask, but I will provide some unsolicited advice from my experience. To all early scientists participating in Bass Connections whether domestic or abroad, immerse yourself in your topics, because we are a privileged group to be participants in these activities.

My second piece of advice is to share what you learned with anyone willing to listen (keyword: willing). Bass Connections is a program that provides unprecedented access to resources and experiences, and it is our duty to use our platforms to share the connections we make and the lessons we learn with as many people possible.

My last recommendation is that although these experiences are time-limited, your interactions with your community, both the academic and professional relationships you form and the connections to the stakeholders you make, do not have to end when the project does. Maintain your networks and this will help drive sustainable solutions. On that note, I will sign off with a shameless plug for the work being done by the Duke Lemur Center in the SAVA region of Madagascar. Check them out and consider supporting them.