Building an Interview Archive of Local Activism in Brazil

Over the past two decades, Brazil has engaged in a vast expansion of its higher education system, with the stated goals of promoting economic mobility and reducing social disparities. Enrollments in Brazilian universities have nearly tripled, and higher education is a source of hope in regions such as the Baixada Fluminense, part of Rio de Janeiro’s poor urban periphery. 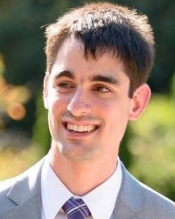 In collaboration with the Multidisciplinary Institute of the Federal Rural University of Rio de Janeiro (IM-UFRRJ), a Bass Connections project team has been conducting research directed toward fostering social mobility throughout the region. Central to this project has been doctoral student Travis Knoll (History), who was the team’s project manager for two years. Knoll is currently completing a dissertation related to this team's research and was awarded an International Dissertation Research Fellowship from the Social Science Research Council (SSRC).

Last spring, Knoll also received a Bass Connections Student Research Award to trace the legislative, executive and judicial trajectory of affirmative action in Brazil as well as the links between racial justice policy and religious civil society organizations. His project is mentored by John French. Recently, he shared this update:

Translation and Teamwork: Giving Visibility to Decades of Activism in the Baixada Fluminense

By Travis Knoll (Ph.D. in History)

I spent my first three months on an SSRC-funded research grant in the Baixada Fluminense tracking down and interviewing regional and national Black Movement leaders who played key roles in Black Church militancy in this vital region for Brazil’s progressive Catholic Church, as well as activists who spearheaded the popular education-based college prep courses for Black and poor students.

Part of my follow-on funds has helped our partner institution’s Documentation and Imaging Center (CEDIM-UFRRJ) and their undergraduate scholarship recipients preserve these interviews for local use after my research is long done.

The first scholarship recipient, Ingrid Nogueira, began in late September 2018 while a second, Carolina Mendonça, began this January. These interviews will help my dissertation and also be made available onsite (in audio and transcribed) for future scholars of this under-studied region to both learn about important community leaders and confirm the existence of less-publicized regional points of interest.

In order to select the two students who would help preserve these interviews, CEDIM’s coordinator, Maria Lúcia Bezerra da Silva Alexandre, who is also a doctoral candidate in History at the Getúlio Vargas Foundation, and I co-administered a selection process to weigh each student’s interests, writing abilities and financial need. Candidates wrote short essays on my research topic’s relevance both to their studies and to the larger struggles for human rights in the Baixada Fluminense.

Maria Lucia managed 24 scholarship recipients last semester alone and oversees a wide range of projects, from the digitization of transnational magazines to the preservation of Church human rights records from Brazil’s period of military rule (1964-1985). The task may seem overwhelming, but her desire to help “give visibility” to the region’s residents drives her even on the busiest of days. She explains that the historical – not just the political – is personal. “More than generating more knowledge about the region,” the UFFRJ’s agreement with Duke gives the students “a sense of belonging” to the history generated and preserved there.

The two undergraduate scholars give further voice to this sentiment. During her application process, Ingrid expressed interest in “the Baixada and feminist movements” and said that in the current climate, highlighting the contributions of “negritude” and “affirmative action” to Brazilian society and intellectual life is “indispensable.”

Carolina, who is already part of other research groups, showed interest in the Baixada Fluminense’s relationship to higher education access and religious civil society. In fact, she entered the UFRRJ’s Nova Iguacu campus to lift the cloud of stigmatization and amnesia that still shrouds the region. For her, the memories the activists put in recorded form have a “social importance” not just academic value. After a few weeks of transcribing, the experience has confirmed the necessity of taking “ownership” of the history of the region, often actively forgotten by its residents.

As they transcribe the interviews of local activists, Ingrid and Carolina flag unfamiliar acronyms and names, and I work with them to correct or clarify the transcript and send them additional scholarship, ranging from studies of colonial African-rooted religious practices, to progressive Church politics, to ongoing land struggles, to inform their transcription and help supplement their scholarly interests.

Since both students are still at the beginning of their programs, they have yet to choose their specializations, but Ingrid has shown interest beyond the Baixada and social movements to Afro-Diasporic history, more broadly. Carolina, who began her CEDIM scholarship at the beginning of January, remains open to either colonial or contemporary topics. Brazil’s current political and social situation has her leaning toward studying contemporary issues, and she hopes delving into these interviews and the issues activists wrestle with will give her “a closer look at this research area (history of Baixada)” to allow her to make a “definitive choice” about her topic.

It is my hope that whatever academic decisions they end up making, their experience hearing and transcribing how the activists they are listening to perceive Brazil’s colonial past and present inequalities will prepare them with their encounters with historical records and testimonies, whatever their age.

For me, reading these interviews in print has allowed me to track down other potential interviews and even caused me to go back to the archive a few times to search for documents I would otherwise overlook just listening.

Overall, this process has given me advising and candidate selection experience and works toward Bass Connections’ goal of facilitating and supporting vertically integrated teamwork. These opportunities arose because of Duke and UFRRJ’s research exchange agreement (see “Duke-UFRRJ Agreement” here) and from the encouragement Bass Connections gives to collective teamwork crossing disciplinary and national boundaries.