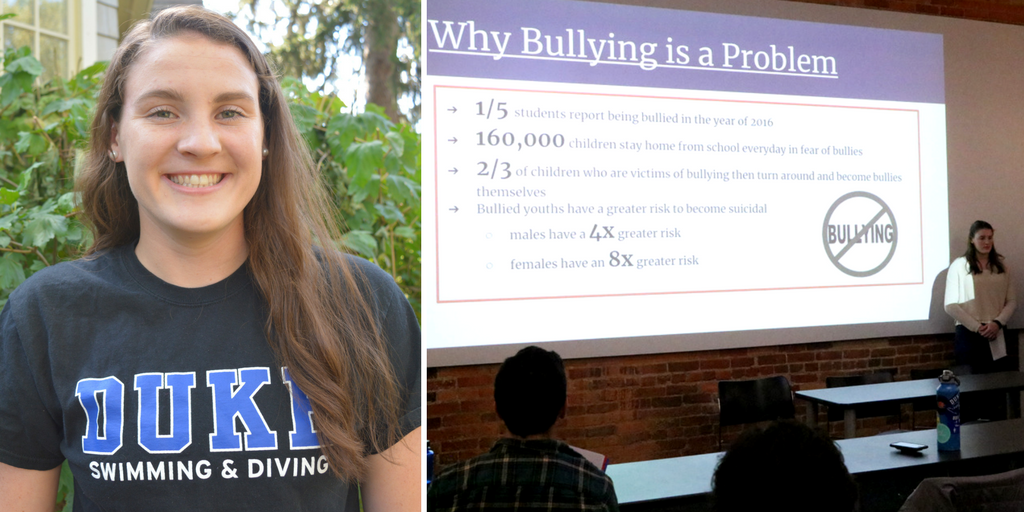 I chose Professor Patrick Herron’s course (ISS/ISC Gateway: Information, Society & Culture) because I hoped it would be a good introductory course to public policy with some different concentrations like information studies embedded in it. Though I was expecting a little more focus on policy, I was immediately drawn into the topic of information. We had an open discussion about what we perceived information to be and addressed questions such as whether information is a thing or a concept and where we see and interact with information on a daily basis.

The discussion was very stimulating because the concept of information wasn’t something I had ever considered before, and I had to examine my own preconceptions about what I thought information was, where it could be found and how it might be used in different contexts.

I was certainly surprised early on by the number of people who have different perceptions of the idea of information. There are individuals who theorize information as “a difference that makes a difference,” where units of information (individually and in aggregate) can create effects in the world, while there are others who view it as an extension of our individual beings. I was also fascinated by how the topic related to some important current debates, such as the proliferation of the concept of “fake news.” Our final few classes will focus on this topic, which could certainly highlight the differences in peoples’ understandings of what information is and how it is used.

My final project has been integral to figuring out the connection between information studies and public policy, and I love that I am working on a project that builds off of coursework but is also personally compelling and socially relevant. My proposal was based on an earlier assignment in which I tried to figure out a solution to the problem of bullying in the United States. Bullying is prevalent in schools across America, and a big reason why this problem persists is that parents and school administrators are often unable to detect when a child is being bullied. My proposal was to create a survey within an iPad app that could be given to students on a daily or weekly basis. The students would answer several broad questions that would ideally indicate how the child was feeling. If this survey was completed on a regular basis, then teachers might be able to better detect fluctuations in the student’s emotional state and consider how those might correlate with changes in behavior. This could then help teachers detect toxic relationships surrounding the child that might necessitate school or home intervention.

I proposed this idea and had three other students jump on board with me! I thought the way our class chose groups was very effective because, by choosing our own groups and topics, students could work on something they truly wanted to be engaged in. 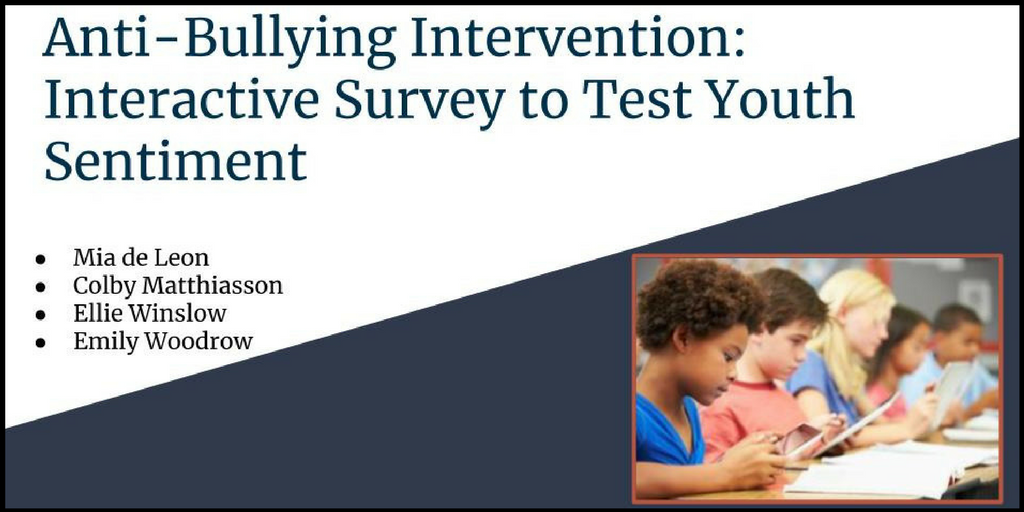 So far, my group has been working very well together, a symbiosis that’s related to the fact that different members of my group have different passions they can explore through this project. While I spent a lot of time researching bullying, working on survey questions and coordinating outreach to local schools, one of my teammates who’s very involved in computer science began creating the interface for our application. Another member of our group is looking into relevant policy particulars like FERPA and considering the implication of issues such as confidentiality. I think this is a perfect way for all students to work in an area that interests them while also learning how to work with people beyond their normal social circle.

Ellie and her teammates found a project in which they can at once invent and make a better world. They have made it through the grind of envisioning, background research, designing, collecting and re-envisioning with a level of enthusiasm reminding me of the reason I love teaching. These astonishingly bright, creative and hard-working students can change the world for the better when we work to create the right opportunities for them to learn how to do so. – Patrick Herron 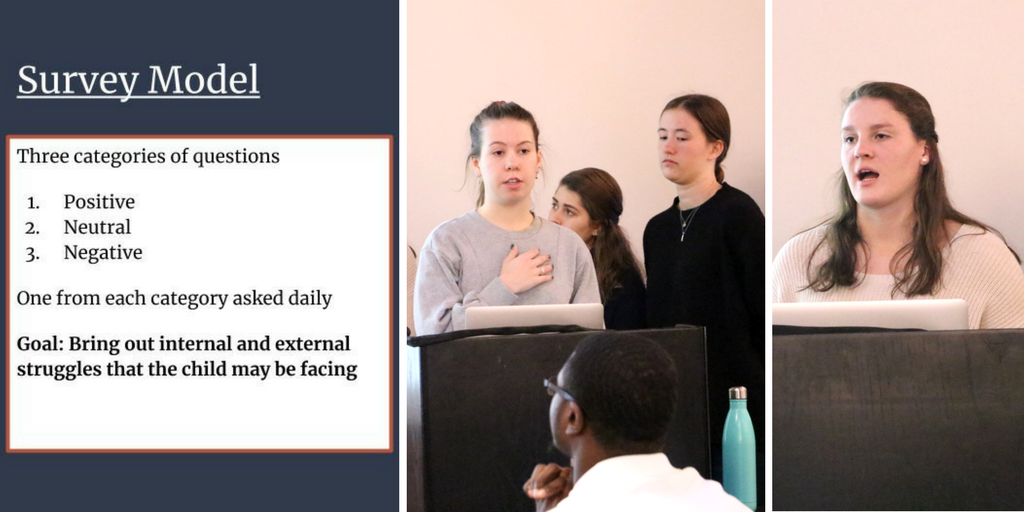 Overall, I feel like the knowledge I’ve gained from the course can have an impact on my future. I think it is very important to look at certain aspects of life at a broader level to understand what humans do (and why we do what we do) on a daily basis. I’ve learned just how few people think about the important role information plays in their everyday lives. I now realize how we can forget to take a step back to observe the abundance of information that exists around us. I love that I have been able to take that step back and observe society at large in this class and others during my first semester at Duke.

Ellie Winslow is a first-year student and an aspiring Public Policy or Political Science major. She is from Upper Arlington, Ohio, and is also a diver on Duke’s Swimming & Diving team. Ellie took Professor Herron's ISS/ISC gateway course in her first semester at Duke.